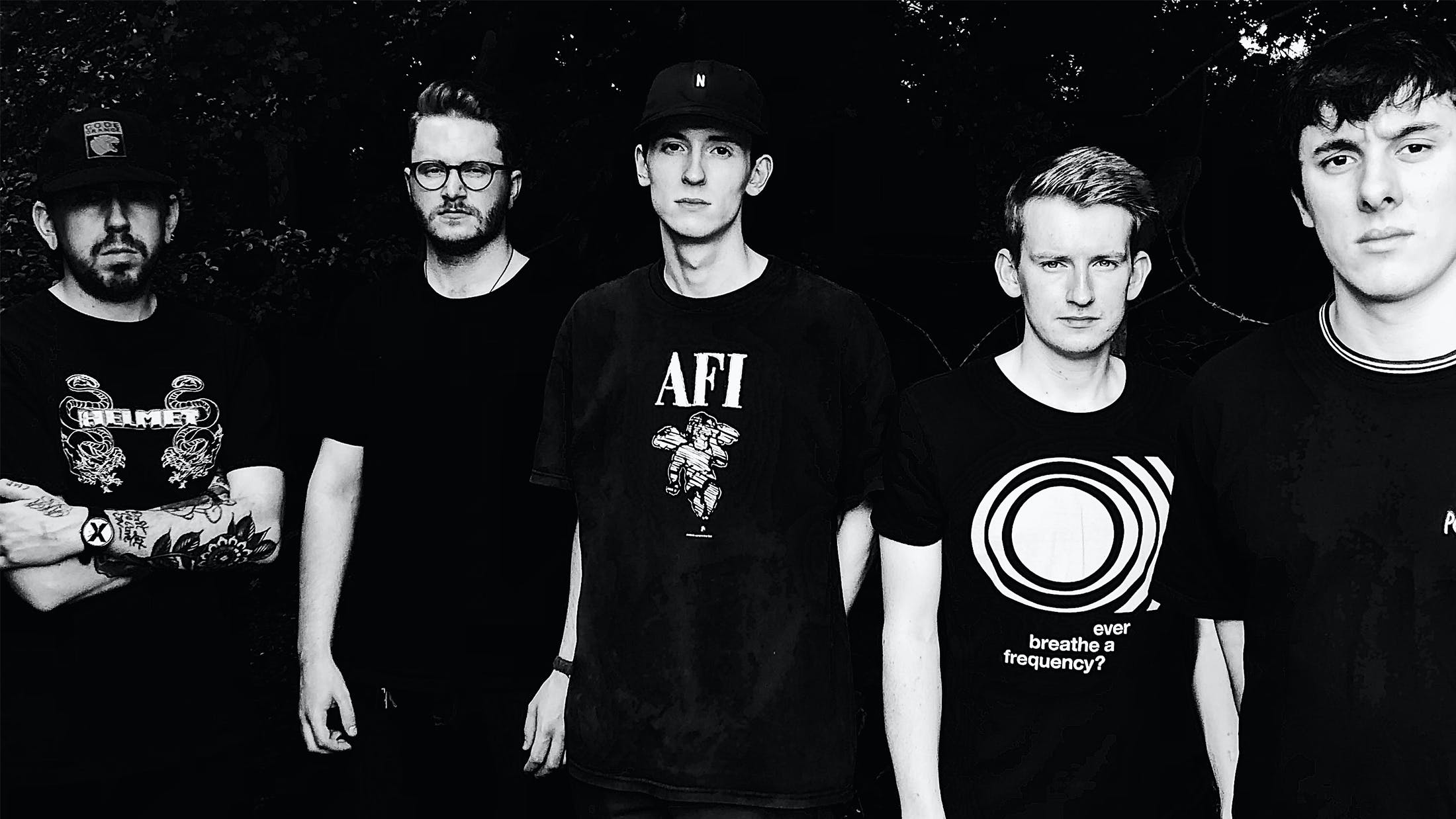 You might have caught UK hardcore band Chamber playing with Code Orange a few months back, or perhaps you saw them on tour with Higher Power recently. Since their inception in 2016, they've always played metallic hardcore with an emphasis on hard, but yesterday they dropped Disaffect, an EP that takes things up three notches at least, in terms of both hardness and ambition. If you listen closely, you can hear everyone from Irate to Slipknot to Type O Negative in the DNA of the four tracks, but it's certainly more than the sum of it's granite and steel parts, give it a listen here:

You moshed a hole into your bedroom wall didn't you? It's pretty hard stuff.

We've got high hopes for this lot, and with that in mind we caught up with frontman Ross Rickers to get some info out of him:

Hi Ross! Who's in Chamber and where are you all from?
Chamber consists of myself. Ross Toal and Callum Baker who play guitar. Dan Hedley-Smith on bass and Jack Bald plays drums. We’re all from Telford, Shropshire originally but we all live in different cities now due to uni and work commitments. Manchester, Bristol, Oxford and soon to be London for myself.

This sounds like it's more than just a hardcore record, what influences beyond hardcore have gone into this?
We all listen to a lot of stuff, from like Roadrunner Records circa 1995, like Fear Factory, Machine Head, Type O Negative etc. We all really love Deftones too, and even shit like Sunn O))).

We listen to a lot of music that couldn't be further removed from hardcore too, a lot of post rock and alternative like Godspeed You! Black Emperor and This Will Destroy You, as well as a lot of electronic music, and that definitely plays a part in the writing process I think. Just anything dynamic that pushes the boundaries of what people class as regular hardcore or metal, or whatever.

What are your lyrics about?
The lyrics on the EP are split into two parts. Tracks 1 & 3 are about my own personal struggles with mental health. Long story short I was on the receiving end of a lot of mental and sometimes physical abuse when I was a kid/teenager and it has definitely effected the way I am today, when it comes to my own confidence and anxieties.

Tracks 2 & 4 are about my family, mainly my brother who was unfortunately dealt the same cards as me in his youth and that has also brought him difficulties coping with what most people would find regular mundane stuff. I feel weird talking about stuff like this in such an open setting but I’ve found that since being in this band that writing lyrics about things that I’ve long struggled with has been somewhat cathartic and has definitely helped me deal with it a lot better.

The last line on the EP is my favourite “Together We’ll Bleed”. No matter what wounds you have be it emotional or physical from past traumas, even if they feel like they won’t stop “bleeding” at least we are together in this and we have each other. That’s my message to my brother, my friends and family who I know have had their own struggles. It’s about being there for one another, nursing each other’s metaphorical wounds and making the best with what we’ve got. This EP means a lot to me.

Do you expect hardcore purists to moan about your new sound or is the scene not really like that anymore?
To be honest, I don’t really think the scene is like that, that much. I don’t think we as a band are established enough to have that sort of feedback from people who hear the new stuff anyway, it’s a lot different sounding than our last EP but not in the sense that we’ve completely changed genres. It’s more just like our sound has gotten a lot heavier or now we’ve started to define ourselves as “Chamber” if you get me? Honestly, I think people will dig it more than our last EP, that’s for sure. We certainly do! Plus we’ve been playing a couple of the tracks live for a while now and they seem to go down pretty well when we play a regular hardcore show.

What does the future look like for Chamber?
It’s looking pretty bright! We’re certainly excited to have gotten this EP out and we got some cool shows coming up. We want to just keep going at it, play more shows, tour and keep writing music. There’s no end in sight from where we are concerned!

Thanks for chatting to us, Ross!