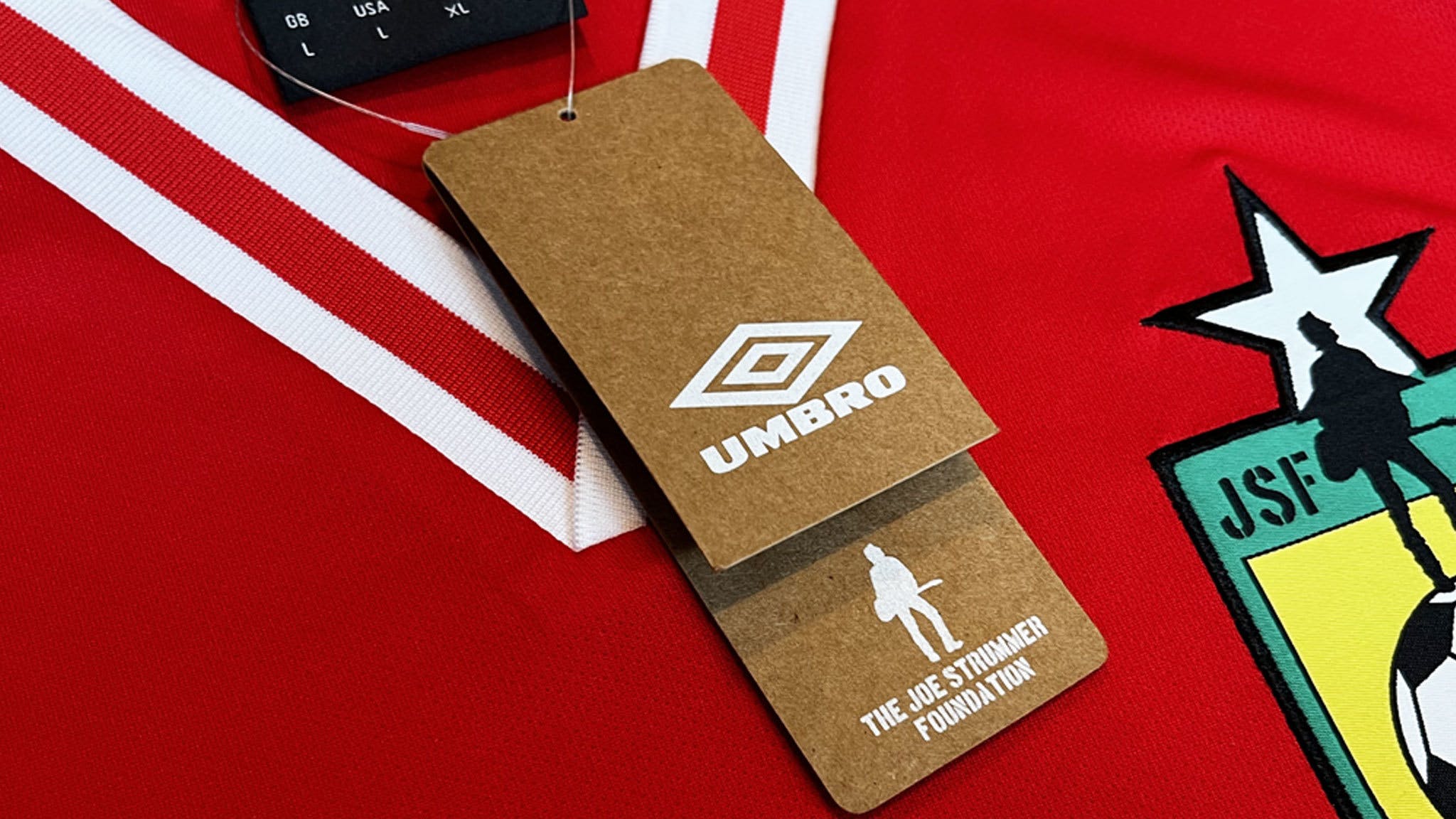 Umbro have partnered with the Joe Strummer Foundation for a new charity football shirt, and the launch of JSF FC (Strummer United).

The new initiative has been launched ahead of the World Cup later this year, with its aims to 'promote equality, inclusivity, and diversity whilst providing opportunities to young people and raising funds for the Foundation and the projects it supports'.

"Joe was a big football fan, and during rehearsals at Vanilla Studios for the recording of London Calling, he and the rest of The Clash played lots of five-a-side, using football as a means of bringing the band closer together," reads a statement.

"JSF FC (Strummer United) aims to incubate the culture clash of football and music in a World Cup year to promote equality, inclusivity, and diversity, whilst providing opportunities to young people and raising funds for projects the foundation supports."

David Arquette: The 10 Songs That Changed My Life

Actor, wrestler, general fearless dude David Arquette reflects on his life in music – from sneaking into goth clubs to playing a festival with Foo Fighters

10 Anti-Authority Anthems To Blast When You Get Pulled Over

Get pulled over? Crank these tracks. You'll feel better.