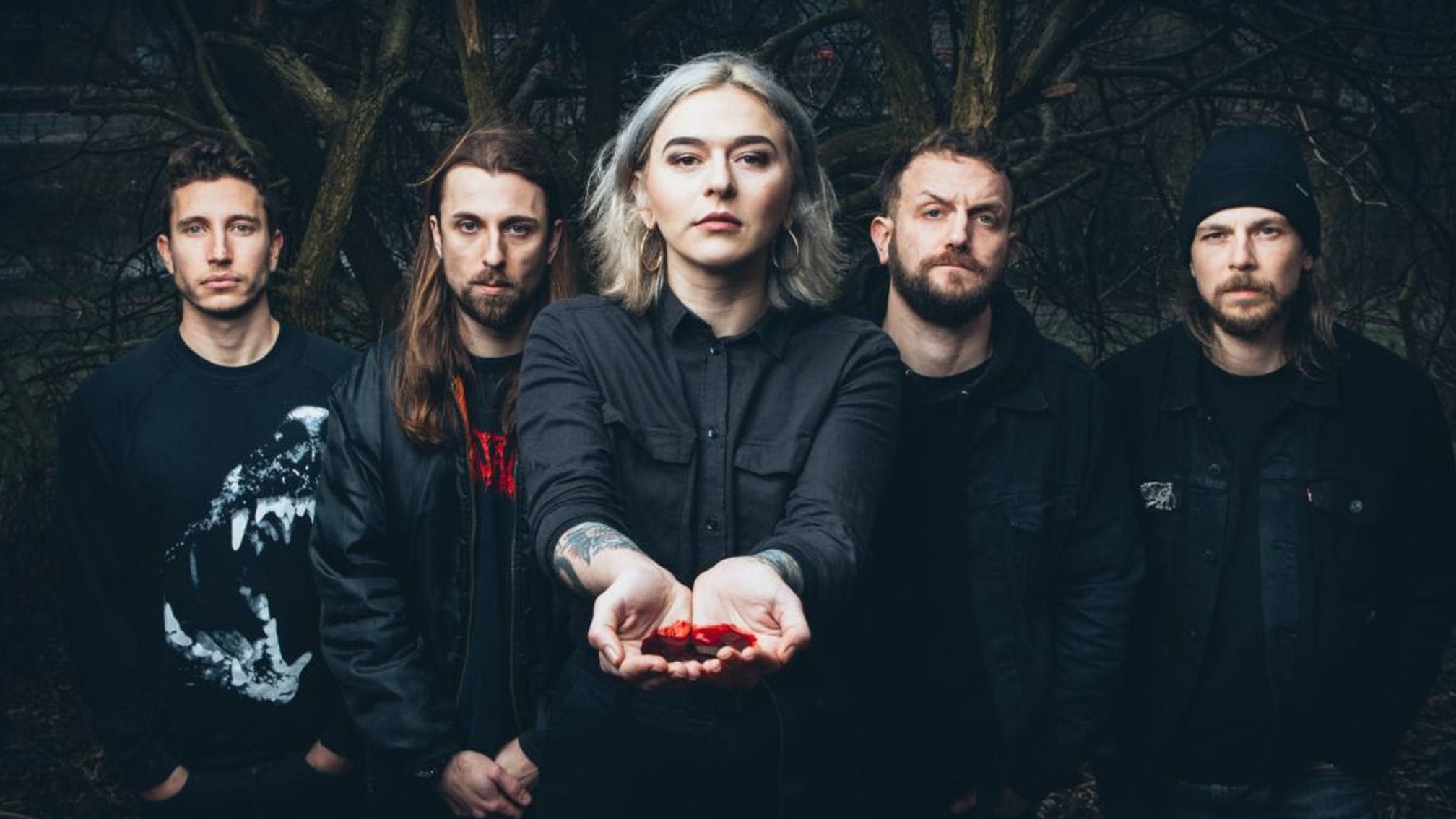 To coincide with the announcement, the band are streaming a 2020 edition of Defy The Tyrant, of which they explain: “This song is not only criticising organised religion and Christianity as a whole but also the ways in which it was spread across the whole world; resulting in genocide, rape, colonialism, slavery, misogyny and homophobia. It is this spirit of inherent superiority that characterised the attitude of the European nations as they expanded overseas, competing for colonial power and the conversion of “heathen” natives.

“Rather than standing up against the trans-Atlantic slavery, the church helped perpetuate the practice, endeavouring to support slavery on biblical grounds. Defy the Tyrant is as relevant today as it was five years ago. As long as there is a master in the sky, there will be slaves on earth.”

Explaining their reasoning behind this new Primeval release, meanwhile, Venom Prison continue: “Primeval is a snapshot of the earlier days of Venom Prison, simpler times where we locked ourselves in a room for days on end to create the early incarnation of what would be our first collection of songs. Our first release/demo Defy The Tyrant was subsequently born, and we never thought this would lead onto being picked up by Prosthetic Records or touring the world. This became a starting gun for touring and festivals in between the studio to write, including what would become The Primal Chaos.

“Given the current climate and the global pandemic situation we felt it was appropriate to package together our early material so that it is presented in a form of how it was always intended. This is what you hear now. Our previous EPs plus two new tracks to give you an idea of what is to come in future. Our new chapter awaits, the grind must continue.”

Primeval is due out on October 9 via Prosthetic Records. Pre-order it here, and check out Defy The Tyrant below:

Read this: The 15 best albums you've never heard – picked by your favourite bands