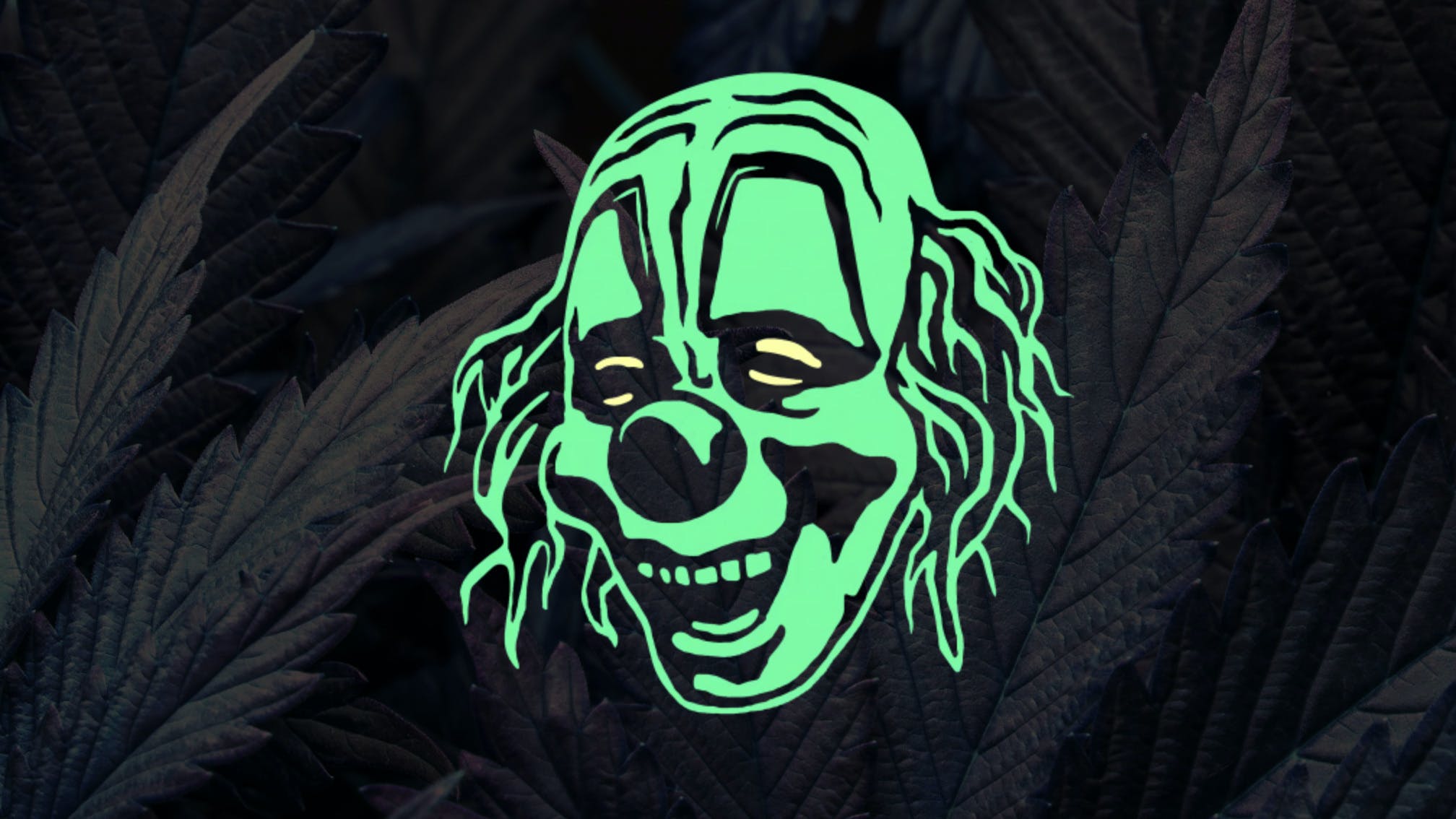 It appears as though lockdown has proven to be incredibly productive for Slipknot's Shawn 'Clown' Crahan outside of the band: following the release of his first-ever NFT in March, now the musician is dabbling in the world of cannabis.

His new 'Clown Cannabis' line is "coming May 17", with website clowncannabis.com live already but not featuring anything – other than a mailing list, and a green logo featuring Clown over cannabis leaves. (Which already looks quite badass, to be fair.)

With so little to go on right now, then, this brought up the topic of Slipknot and weed-related puns within the Kerrang! team: our best thoughts were The Bifter Exists, Spliff It Out, Puff (Snuff, obviously), All Hope Is Bong and All Dope Is Gone (providing it sells out, of course). Can you do any better?

"Sometimes we have a vision in our head – Clown is really good at it, because he’s an artist, so he’ll go somewhere gnarly and be like, 'Okay, I’ve got this image…’ and then we’ll have outside people create it," the frontman explained. "But then there’s some times where you’re just like, 'I don’t have a real vision, but I have an idea,’ and you talk through it with a visual arts guy or a visual effects guy, and they will create it for you. And then you’ll look at it and go, 'I like this, change this, blah blah blah.’ And you whittle it down until you get to something that’s really rad.

"My new mask," he continued, "is gonna fucking scare kids! It’s so gnarly, dude. It’s really uncomfortable; it freaked my wife out. She won’t look at it – and she loves crazy shit like that. She’s just like, 'That’s really bothering me, you need to put that picture away!’”