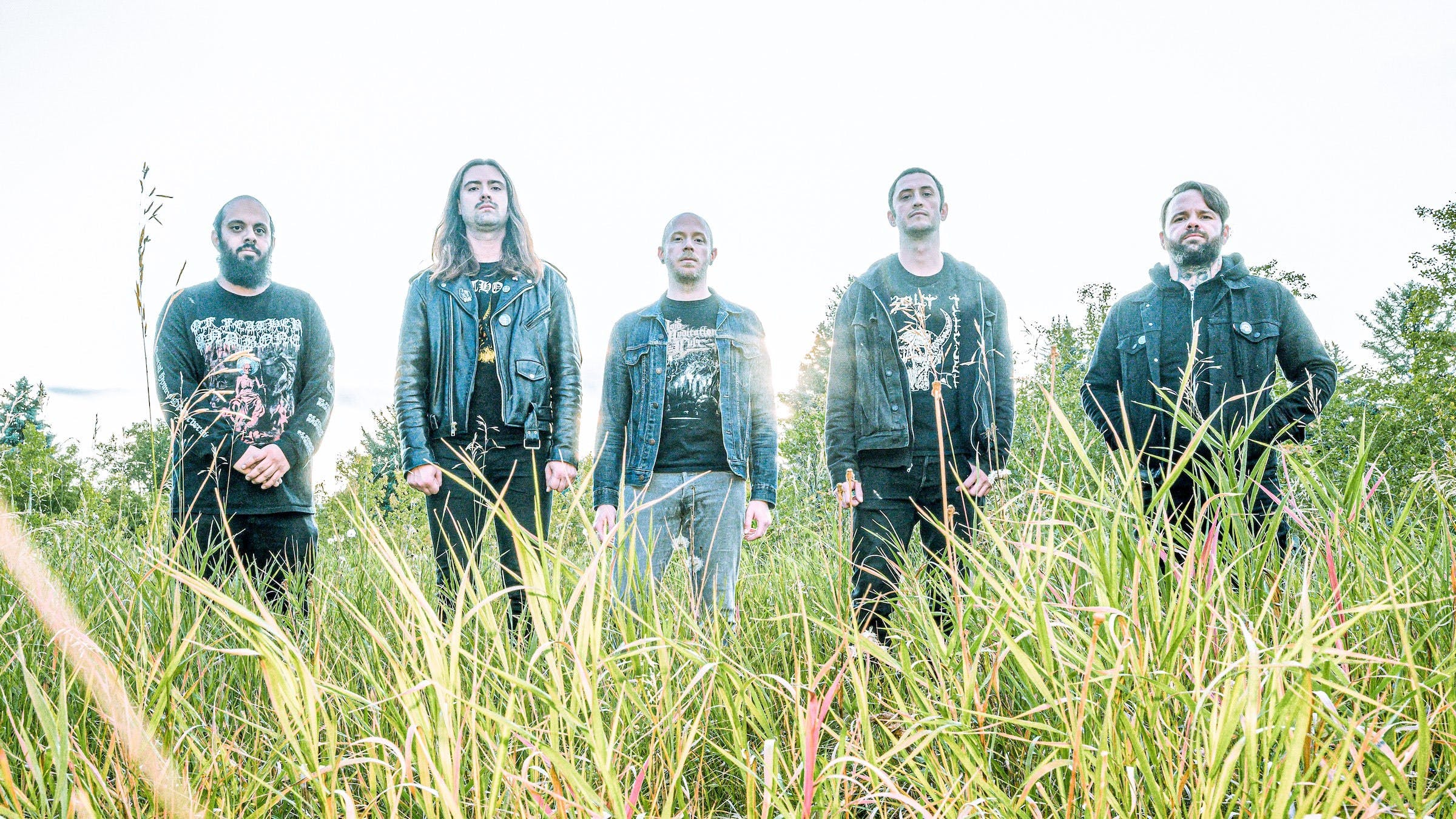 What's most exciting about Wake is their use of the space amidst the chaos. The Calgary-based death metal quintet certainly bring a lot of noise on their new album, Devouring Ruin, which is marked throughout with surging blasts of merciless drumming and tremolo-picked riffs. At the same time, the band enjoy the languid moments that break up the racket, using black metal-ish atmosphere throughout to add an extra sense of loathing and anguish to their music. Overall, the album sounds like a full-on assault, but only because it allows itself these moments of disoriented emotion between the gale-force downpour.

The new single from Devouring Ruin, titled Mouth Of Abolition, shifts effortlessly between Wake's two sides. One moment, the vengeful riffs, explosive percussion, and bellowed vocals are intertwined in a single attack; the next, they are slow and separate, each increased in impact due to the room they have to breathe. Of course, it also helps that the track features Khemmis and Glacial Tomb vocalist/guitarist Ben Hutcherson, whose own arcane and relentless approach is distinct in the song's latter half.

We caught up with Wake about the concepts behind Devouring Ruin and the way their sound is changing over time.

What are you most excited for fans to hear on the new record?

It feels like this album leans harder into the doomy, atmospheric side of your sound. Was that an intentional shift?

JB: I can’t say we intentionally tried to incorporate doom or atmosphere but it’s definitely a byproduct of us trying to build and release tension while taking the time to be open minded to different styles, as well as being highly self critical. We rewrote a ton of material over the couple years we spent writing and we were inspired many different elements which might lean to different musical leanings. I think we just had an enjoyable time putting in the effort to make music we were proud of and thought was our best material possible.

READ THIS: The 20 heavy Canadian bands you need to know right now

Is there a concept or central theme behind the album's lyrics?

JB: I would say musically we had rhythmic patterns and riff structures we used and built on throughout to give the album a discernible vibe, such as the triplet blast beats being used prominently or the noise tracks that connect tracks throughout. We definitely had a specific sound in mind while also trying to experiment a bit when we thought we should, so I suppose it sounds cohesive while being diverse. We wanted to play a mixture of black, death, and whatever else, while making sure we sounded sincere and naturally Wake.

Kyle Ball (vocals): Ruin is a constant lyrical theme throughout the album, whether it’s existential, personal or social. Regardless of the theme, there’s a contrasting ruin to it. The album title is in reference to the devouring ruin that inevitably consumes everything in existence as well as our devouring obsession to see everything in ruin.

Is there something you specifically looked not to do with Devouring Ruin?

JB: We tried not to copy ourselves from the last album while settling into having a definable sound. We made sure to always side with what’s good for the song over being fast or slow just for the sake of extremity, which we might have settled for in the past. We just tried to be fresh while wearing some influences on our sleeves.

KB: We didn’t really say to ourselves that we weren’t going to write anything specific, but we didn’t want to create a Misery Rites part two or just go for the all out grinding blast fest.

What is the Calgary scene like for a band as extreme and dark as you guys?

JB: We have friends that do their thing here and around Canada, and in Calgary as most cities in Canada people are generally supportive just based on the isolation factor of living hours from the next city no matter where you’re from. It ebbs and flows with bands coming and going but we mostly just do our own thing regardless of where we’re from. It’s not a knock on our scene, it’s just our mindset of being focused on doing this as well as we can while we can.

Listen to our exclusive premiere of Wake's Mouth Of Abolition below.

Wake's Devouring Ruin comes out March 27 on Translation Loss, and is available for pre-order.

READ THIS: Montreal has declared itself metal as hell