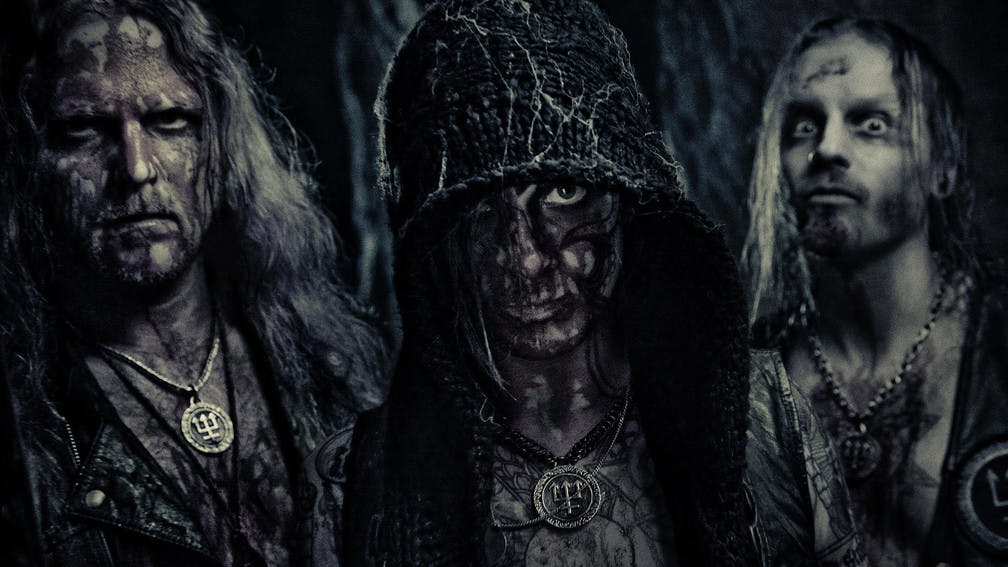 Last week a Watain show in Singapore was cancelled due to concerns about the Swedish black metallers being Satanists.

The cancellation came after an online petition trying to stop metal bands from playing in Singapore was signed by more than 16,000 people. The petition was passed on to the Ministry of Culture, Community and Youth and an upcoming show featuring Watain and Soilwork at the EBX Live Space was cancelled.

Watain were granted permission to hold a meet and greet with fans, some of whom travelled over from Indonesia. Since then, the band have posted on Facebook blasting those responsible for the gig cancellation, calling them "cowardly" and "honorless rats."

"In the light of yesterday's events in Singapore we would like to send a proud hail to our fans and followers from Singapore, Indonesia, Sarawak, Burma, Laos, Phillipines and Malaysia who had travelled to see yesterday's performance but were robbed of their experience in the last minute by Singapore's tragic excuse for a government," reads the statement.

"It was an honor to meet you all yesterday and to sense the fire in your eyes and in your spirits. We look forward to the day we can perform for you without the interference from lesser men.

"To the honorless rats behind the ban, rest assured that you in your cowardly act have only stirred the cauldrons of your own misfortune. If these men and women didn’t already feel mistrust and contempt towards 'authorities', they sure do now. The flames of discontent have once again been kindled, may they scorch your heavens…"

Before the show's cancellation, the Infocomm Media Development Authority (IMDA) aired concerns about Watain playing Singapore, and declared that the band could only play if they remove anything religiously offensive from their setlist and onstage performance. But the show was then pulled completely.

“MHA has expressed serious concerns about the concert, given the band’s history of denigrating religions and promoting violence, which has potential to cause enmity and disrupt Singapore’s social harmony,” read a statement put out by the IMDA.

“Watain is known for its Satanist views and some of their previous controversial performances involved animal carcasses and throwing pig’s blood on its audience. The band also espouses anti-Christian views and advocates Satanism through their songs and endorses violence.

“MHA has therefore asked IMDA to consider cancelling the concert for reasons of public order, and IMDA has agreed.”

Stay tuned to Kerrang! to see how this story develops.