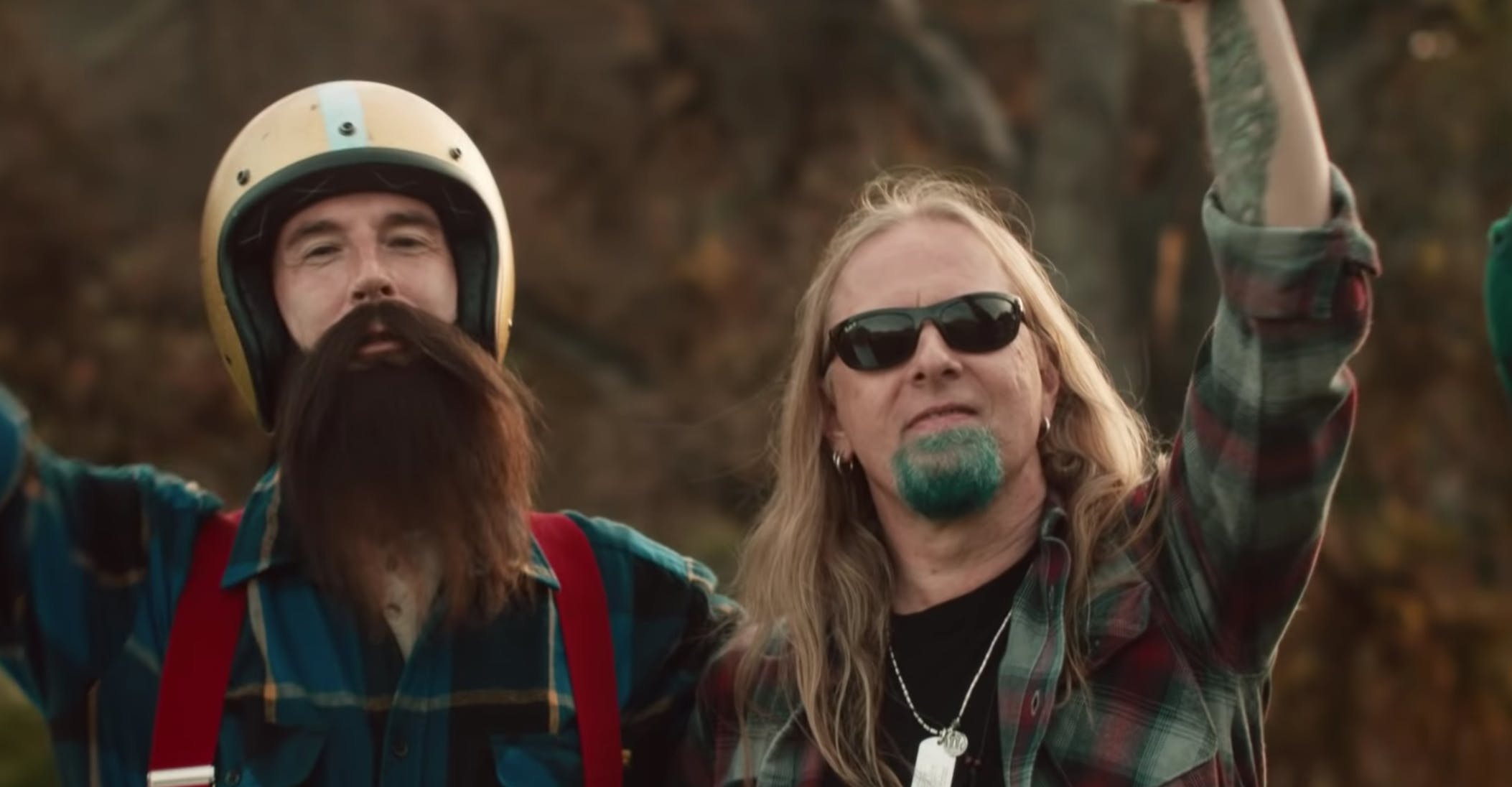 Alice In Chains have unveiled a funny new music video for the title-track of their latest album Rainier Fog.

Directed by Peter Darley Miller, who helped them with AIC 23 in 2013, the video tackles the struggles of alcoholism, but with an abrasively comical twist, as per usual.

Jerry Cantrell explains, “We had a blast making the Rainier Fog music video, which continues the northwest theme of the record. We hope you enjoy it and have a laugh.”

Driving around Mount Rainier near Seattle, a city that bred the ’90s grunge scene from which Alice In Chains rose, the band continually encounters walking beer bottles, bringing to life the lyric, 'Live in the past, you find out it’s hard to stay sober.' These beer bottle incarnates persist throughout the whole video, forming a close bond with the men, ultimately becoming part of the family.

Eventually, and inevitably, the beer bottles become a villainous figure that they must claim power over. It’s a rigorous task that requires a lot of fighting and chasing. The optimism shines through in the end when the men wave goodbye to the bottles as they run off into the mountains. Although the video revolved around the dark subject of alcoholism, the band was able to, as the drummer Sean Kinney put it, continue to make asses out of themselves.

Catch Alice In Chains on their upcoming UK and Europe tour. The tour dates are as shown below: