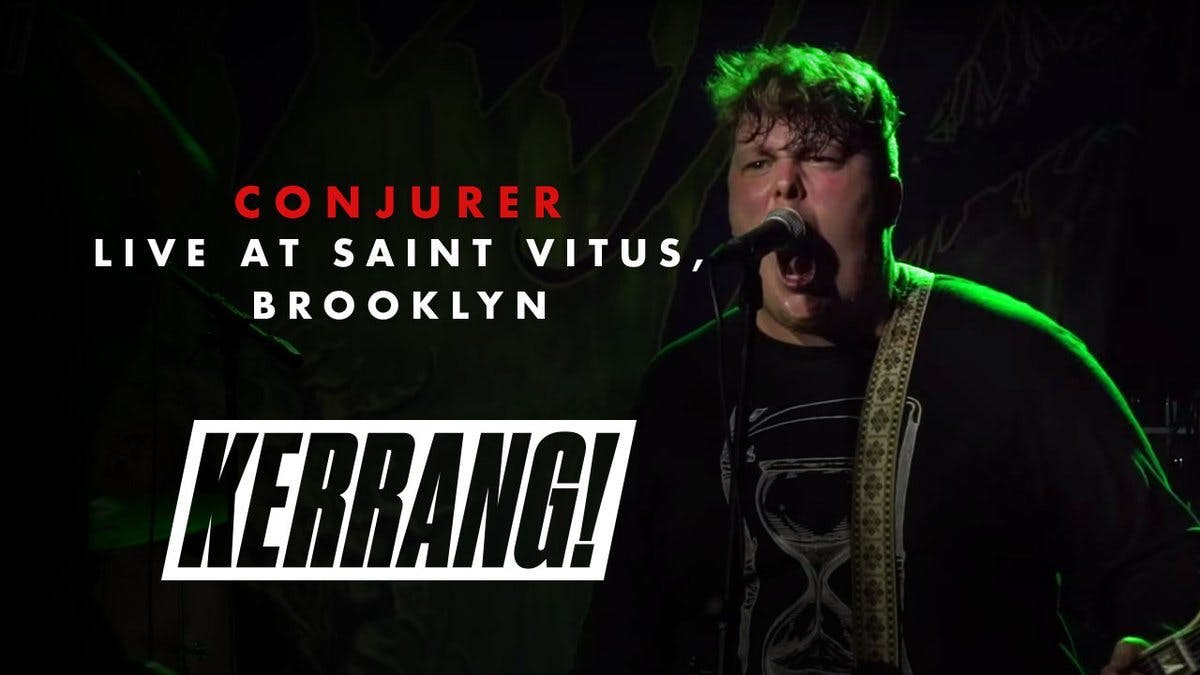 When they played Brooklyn's Saint Vitus Bar at the end of their U.S. tour with Rivers Of Nihil, Entheos, and Wolf King, British doom crew Conjurer had something to prove. It wasn't just that this trek around the states was the Rugby quartet's first American tour, or that their incredible 2018 release Mire was such a smash hit within underground metal that they needed to show U.S. fans that they could pull it off live. It was that this night was the final night of a big journey, and for a band whose music thrives on raw, human catharsis, anything less than a complete venting of the spleen would just feel underwhelming.

So Conjurer took the stage with their work cut out for them...and thirty-something sweat-drenched minutes later, they stepped off champions.

From beginning to end, the band's performance was unbelievably powerful, inspiring both violent thrashing and open-mouthed amazement among the audience. Guitarist and vocalist Dan Nightingale bellowed through the set with the stark, wide-eyed expression of one reliving a traumatic experience; when he stepped to the edge of the stage and screamed a capella, the crowd reared back as though afraid of what might happen next. Guitarist Brady Deeprose spent the entire set gurning with agony, while bassist Conor Marshall leapt into the center of the pit to close out the night in a bout of ritualistic headbanging. The whole thing ended with Dan's guitar smashed in a fit of gut-wrenching rage.

Don't just take our word for it -- witness the bilious madness for yourself. Watch Conjurer's Saint Vitus set below via our YouTube page:

Discussing Conjurer's sonic development with us, drummer Jan Krause said, "I would like us to be called non-specific UK metal. It’s certainly more accurate than specific metal.

"Honestly, [our sound] was an accident," continued Krause. "When Dan and Brady started to write, they just went with what they wanted to write, and that became our EP. And as we began to write more and more, and you had more people sticking their oar in, it became this huge amalgam of all our thoughts and ideas.”