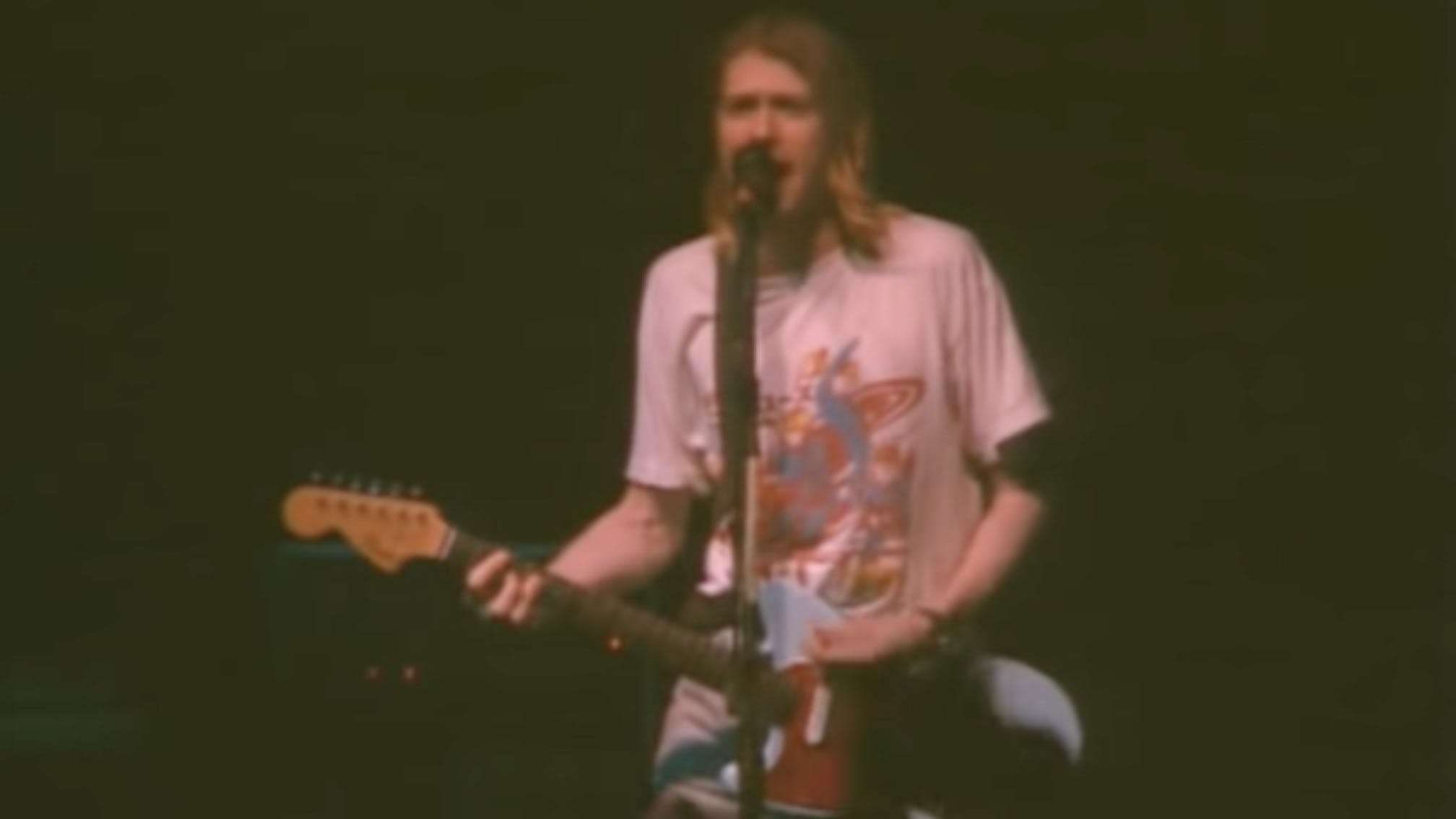 In Kerrang! issue 475 on January 1, 1994 we made a raft of predictions about the year ahead in rock and metal. Amongst the seemingly endless hordes of exciting new releases scheduled for the following 12 months, we still found ourselves most excited about Nirvana’s planned visit to the UK in April, set to be the Seattle superstars’ first live shows on our shores since their legendary appearance at Reading Festival in 1992. Little did we know then that when the band were warming up for that leg of the tour with some dates in mainland Europe, a show in Munich, Germany on March 1 would be the last time anyone anywhere would see them.

Looking back through the issues of Kerrang! in the weeks and months leading up to Kurt Cobain’s tragic passing in April makes for chilling reading. At the end of January, Nirvana were confirmed as headliners for that summer’s Lollapalooza Festival. Of the UK shows they had lined up ahead of that performance, the band were scheduled to play in Manchester G-Mex (March 27), Glasgow SECC (28), Aston Villa Leisure Centre (30 and 31), Cardiff International Arena (April 1) and four nights at Brixton Academy in London (April 3, 4, 5 and 6). Those last two shows in the capital were added after the initial dates sold-out in under two hours, as the band rode a wave of momentum off the back of their mammoth success with third album, In Utero, which had entered the UK album charts at Number One.

Writing about the band’s show in Le Zenith, Paris on February 14 (supported by The Buzzcocks!) K! writer Chris Watts described a “safe and conventional performance” by the headliners and bemoaned a collective who looked worryingly “bored and tame”, the first signs that all was not well in the camp.

Two weeks later, Nirvana would perform onstage together for the last time. The show took place at Terminal Einz, a 3,050-capacity hanger in Munich, Germany. Opening the gig with a charmingly ramshackle cover of The Cars’ 1978 hit My Best Friend’s Girl, they swiftly followed it with raucous versions of Radio Friendly Unit Shifter, Drain You and Breed.

It didn’t all go to plan, however. As the band played Come As You Are, the venue's power cut out, prompting bassist Krist Novoselic to quip, “We’re not playing the Munich Enormodome tonight. Because our careers are on the wane. We’re on the way out. Grunge is dead. Nirvana’s over… Our next record’s going to be a hip-hop record!”

The final track of the 23-song set was a wrenching run-through of Heart-Shaped Box, in which it’s clear that Kurt was pushing through the pain barrier to finish the show – a result of his recent bronchitis and laryngitis issues. The last words uttered onstage were a simple, ‘Well, thank you.’

Kurt’s struggles with heroin addiction were well documented and exacerbated by his ongoing health problems, leading to doctor’s orders to cancel the remainder of the band's European tour. Three days later in Rome while convalescing from his ailments, the frontman slipped into an overdose-induced coma. In a little over a month, on April 5 Kurt Cobain’s body was discovered at his home in Lake Washington Boulevard, the star believed to have died by suicide three days before at the age of 27.

Nirvana’s setlist from their final show