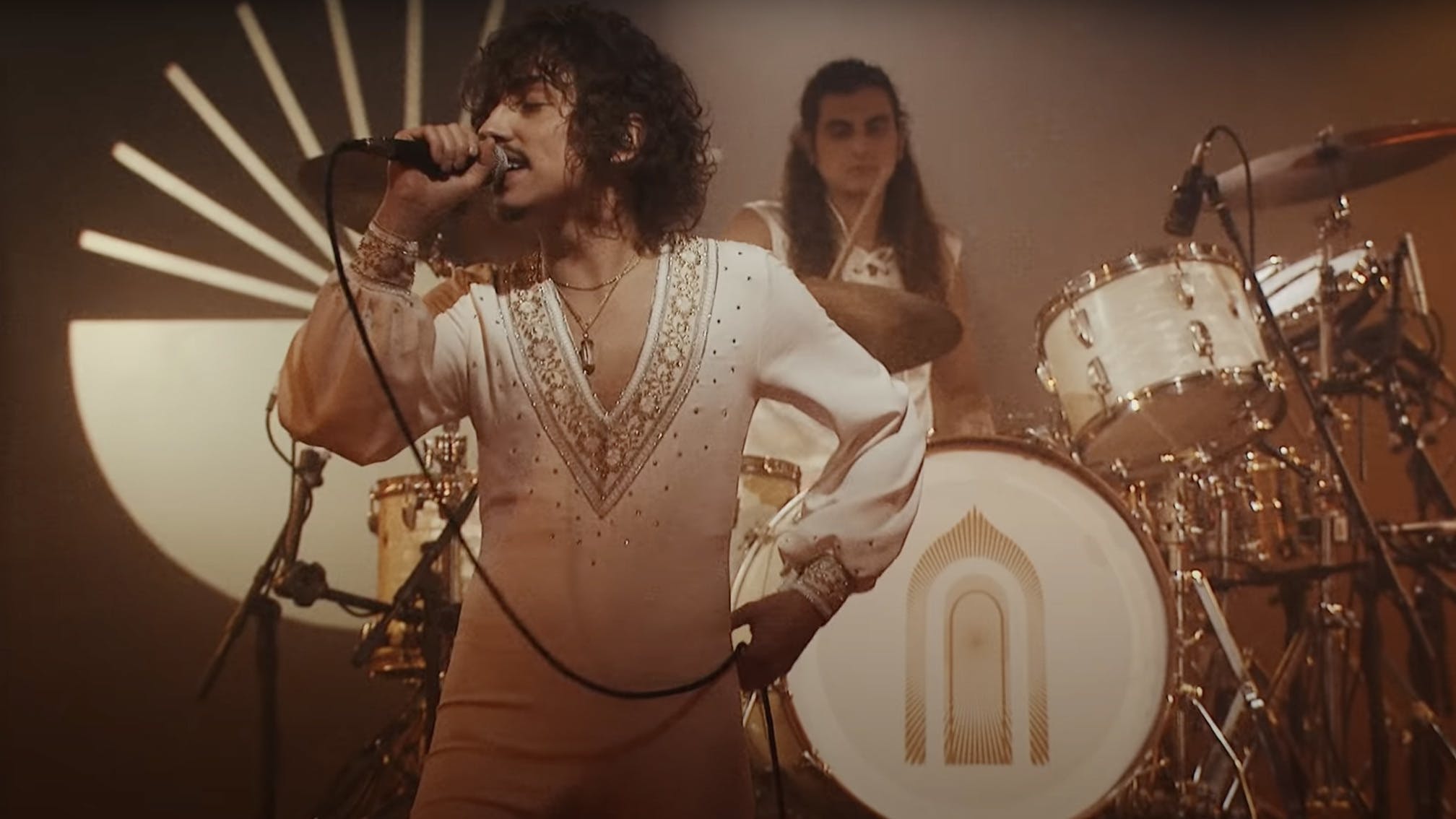 Following the release of new single Heat Above last month, Greta Van Fleet have debuted a captivating live video for the track, which was filmed in Nashville.

"Heat Above is theatrical, eloquent, and exaggerated," say the band. "This is a dream in the clouds, a moment of peace in the storm. Thematically, we are dead centre in the cult of Heaven, surreal, strange, alive and free."

The song opens up GVF's highly-anticipated new album The Battle At Garden's Gate, which is set for release on April 16 via Lava / Republic. Describing the growth between 2018's Anthem Of The Peaceful Army debut and now, bassist Sam Kiszka says, "I suppose that everything has changed except what got us here in the first place: our perception of the world, perception of life itself, what it means to be an artist, what it means to be part of a beautiful, gorgeous society. We’ve gained a larger understanding of why we’re all here."

Read this: Why Greta Van Fleet’s new music will be "quite a bit different to what we’ve done in the past”

"Certainly after this, we’ve grown in so many ways,” adds frontman Josh Kiszka. "This album has taught us a lot, about life in general, about ourselves, about all of us, about the world we live in."

"We realised that while growing up, we had been shielded by many things," continues drummer Danny Wagner. "As we started to travel a lot, meet new and different people and experience different cultures, our definition of 'normal' changed."

And check out the wonderful official video:

Read this: Mikey Way: "Don’t be so preoccupied with yesterday and tomorrow, because there’s a whole today that you’re gonna miss”