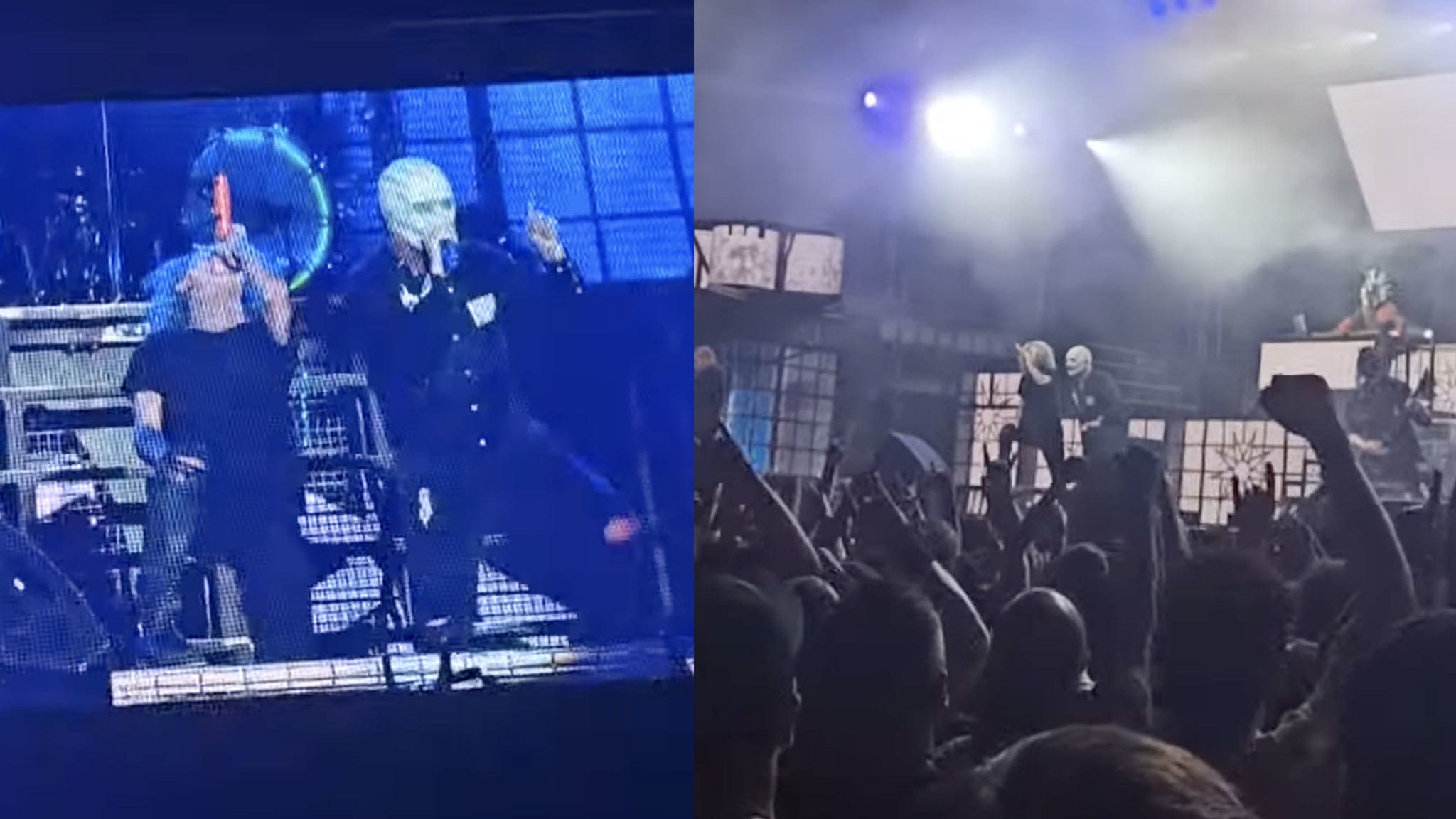 Slipknot kicked off their European tour at RomExpo in Bucharest on July 20 – and for their first show back across the pond, frontman Corey Taylor brought his son onstage during the set.

Corey’s son Griffin – frontman of young metallers Vended, who are supporting Slipknot at several dates this summer – came out to help lend his excellent roar (like father, like son…) to fan-favourite Custer, shouting along, ‘Cut cut cut me up and fuck fuck fuck me up.’

Elsewhere during the 19-song setlist, Slipknot opened with Disasterpiece before heading on a career-spanning journey with Wait And Bleed, All Out Life, Sulfur and Before I Forget. Then they played 2021 single The Chapeltown Rag – but interestingly the just-released Dying Song (both from upcoming album The End, So Far) wasn’t performed. The likes of Psychosocial, Duality, Spit It Out, People = Shit and Surfacing were also played. Ooooft!

Watch Griffin singing Custer with his dad and Slipknot below: