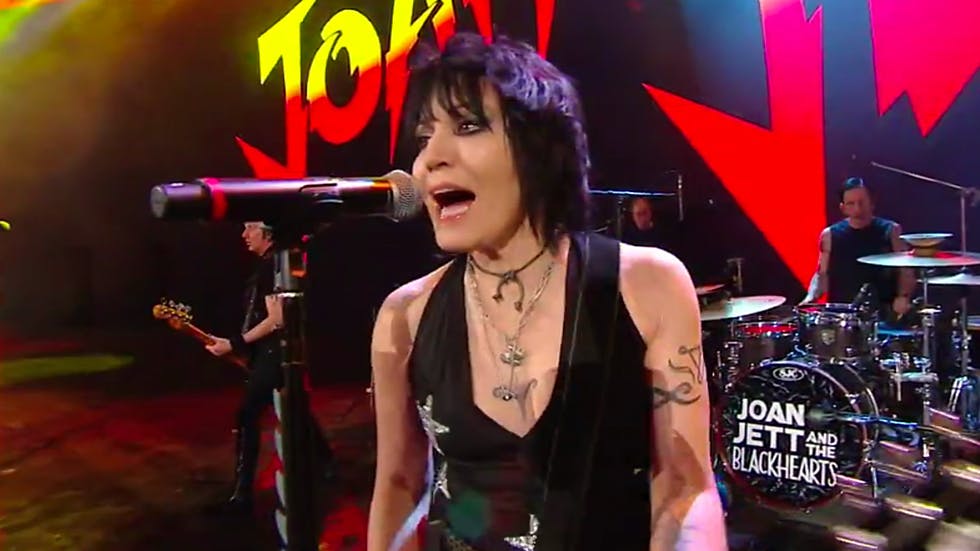 This year's WrestleMania was full of feelgood moments with huge wins by Becky Lynch, Seth Rollins and Kofi Kingston. But it also featured one of the most rock'n'roll entrances in 'Mania history!

Legitimate badass Joan Jett performed on The Grandest Stage Of Them All to start the first-ever all-women main event, playing WWE Women's Champion Ronda Rousey's entrance theme Bad Reputation as she headed to the ring.

Joan and The Blackhearts blast out the rough'n'ready rager from atop the ramp, with her name emblazoned in huge Rowdy Roddy Piper font and colours, ripping through the track to 80,000 screaming fans in the MetLife Stadium.

If you're not a WWE fan, you might also know the song as the theme for Freaks And Geeks.

When Joan Jett was announced to play this year's WrestleMania, Ronda Rousey was more than a little happy about it. Check out the video below.

Joan JettWrestleManiaWWEJoan Jett and the Blackhearts

In conversation with Joan Jett and Taylor Momsen: “Until women control the money, that glass ceiling is still gonna be there”

Before it's even started, Mötley Crüe's reunion tour with Def Leppard, Poison, and Joan Jett has proved profitable.

Motley Crüe's stadium tour with Def Leppard, Poison, and Joan Jett is even bigger than before.

Check out the dates for Mötley Crüe's reunion tour.