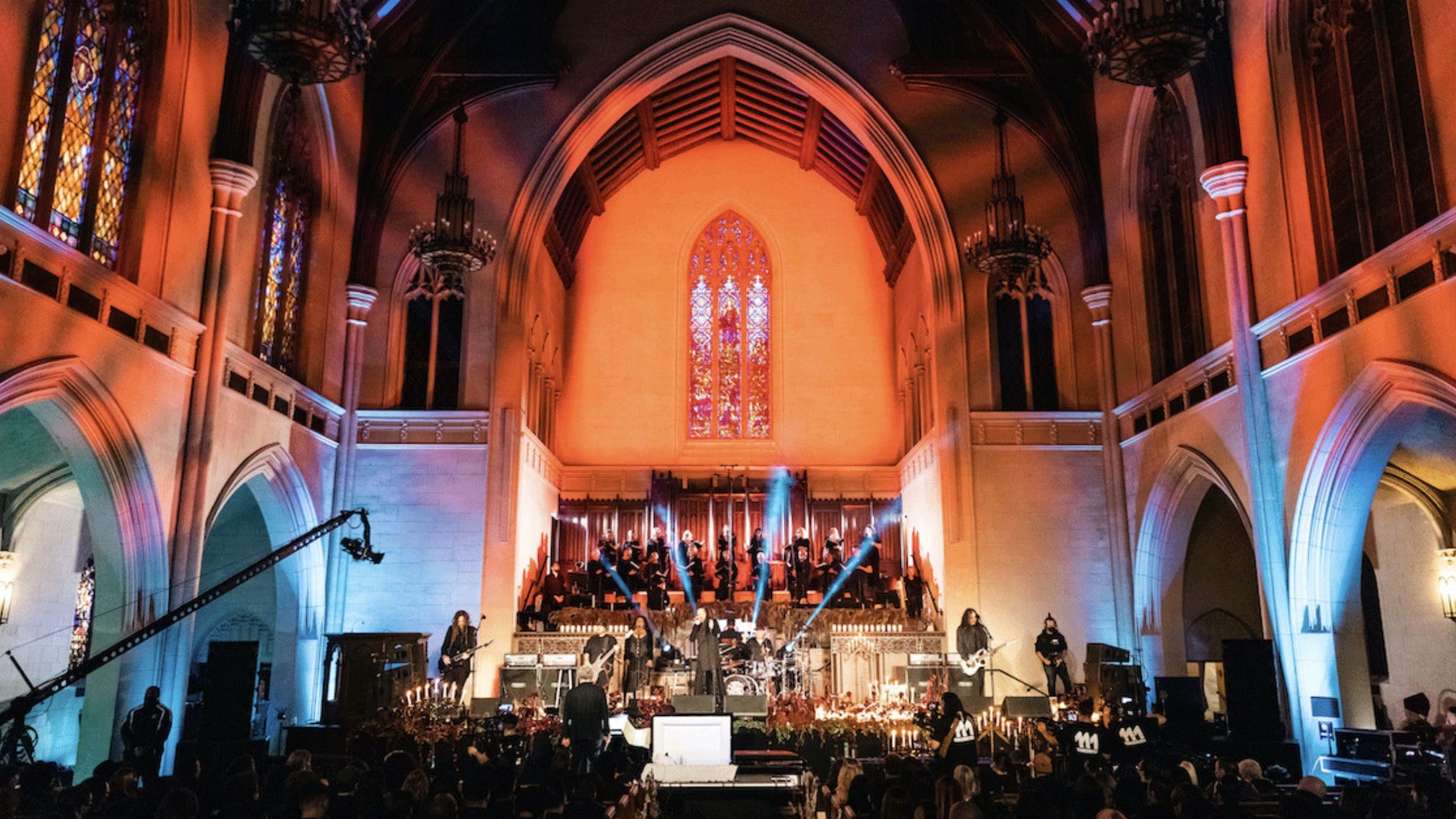 Following their epic Requiem Mass event to celebrate the album of the same name back in February, Korn have shared a live single from the performance.

Worst Is On Its Way (Requiem Mass) is out now, and is released alongside a video of the song filmed at the Hollywood United Methodist Church in Los Angeles. Announcing the show at the time, Korn said the event was to "gather in honor of the souls that have passed during these unprecedented times".

In our 4/5 review of Requiem, Kerrang! writer James Hickie said that the album "is not only excellent in its own right, but in capturing Jonathan at a transitional point in his life, you’re intrigued as to what comes next for him. Given he’s a man whose art is so informed by his life, that’s a scintillating prospect for Korn, who are breaking new ground 30 years into their career."

Watch the video of Worst Is On Its Way below:

Catch Korn at Download Festival this summer. Get your tickets here.