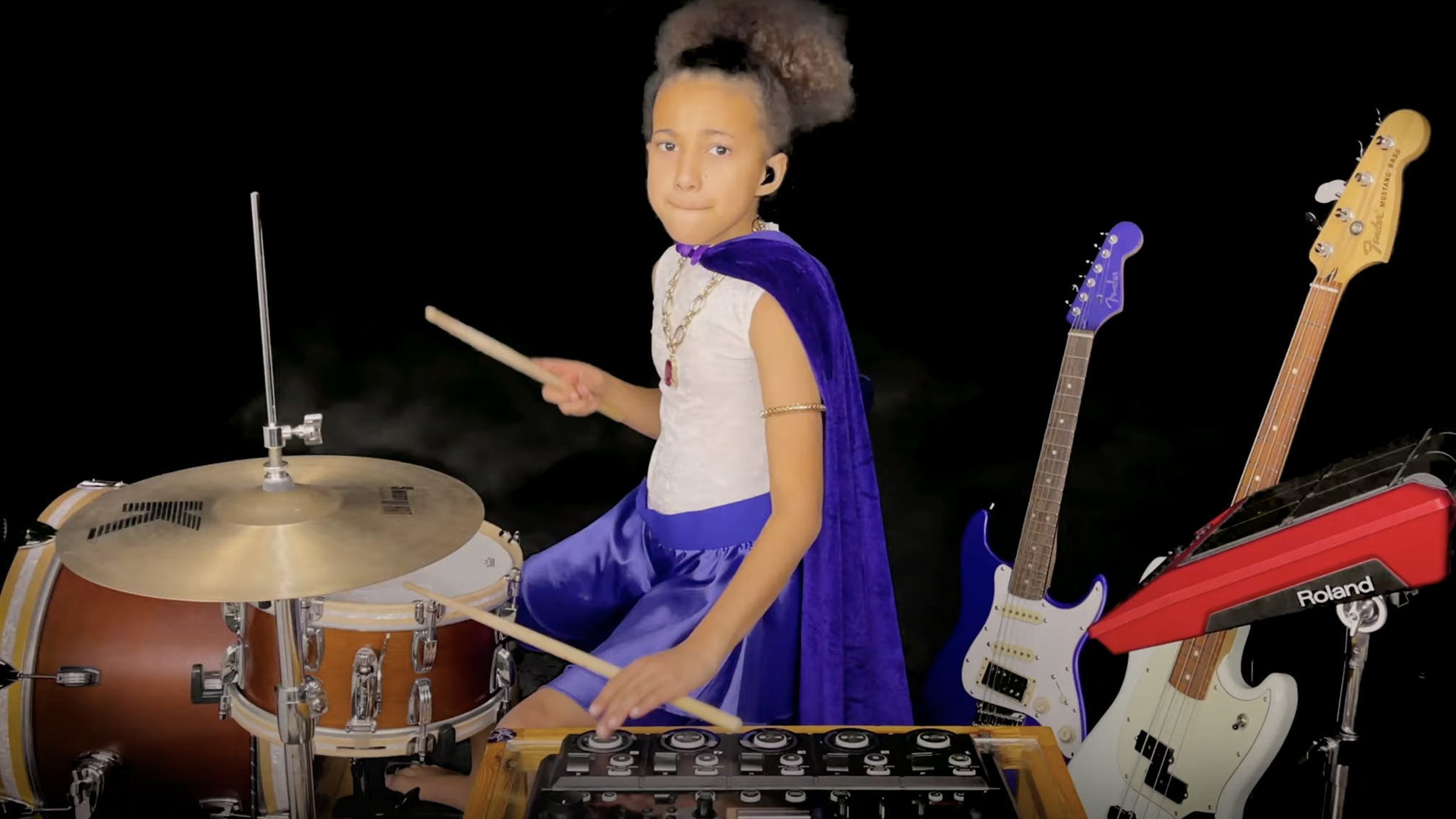 Not content with recently wowing Muse or becoming Dave Grohl's pal, Nandi Bushell is surely soon set to add Jimmy Page to her list of famous fans with an ace cover of Led Zeppelin's Immigrant Song.

The young superstar took on the Zeppelin classic for Jimmy's birthday on January 9, enthusing of the band: "The first time I heard the Immigrant Song by Led Zeppelin was in the movie School Of Rock, when Jack Black was driving the van, turns around and screams ‘ahh-aah’! Best movie ever! John Bonham and his son Jason Bonham are both incredible drummers. John Paul Jones, Jimmy Page and Robert Plant, you guys are so awesome too!

"Led Zeppelin are so so so good! Hope you guys love my loop I made for you. Happy Birthday Jimmy Page!"

As well as performing the cover exceptionally well (as always), Nandi changes this one up a bit by looping each instrument at first, and then channeling the power of both Robert Plant and Thor by lip-syncing the famous 'Ah-ah-ahhhhh-ah' yell with a toy version of the Norse god's hammer. Badass.

Krzysztof Penderecki, Atonal Composer Who Influenced Some Of Rock's Heaviest Artists, Dead at 86

Farewell to the man who influenced everyone from Jimmy Page to Lingua Ignota to Stanley Kubrick...