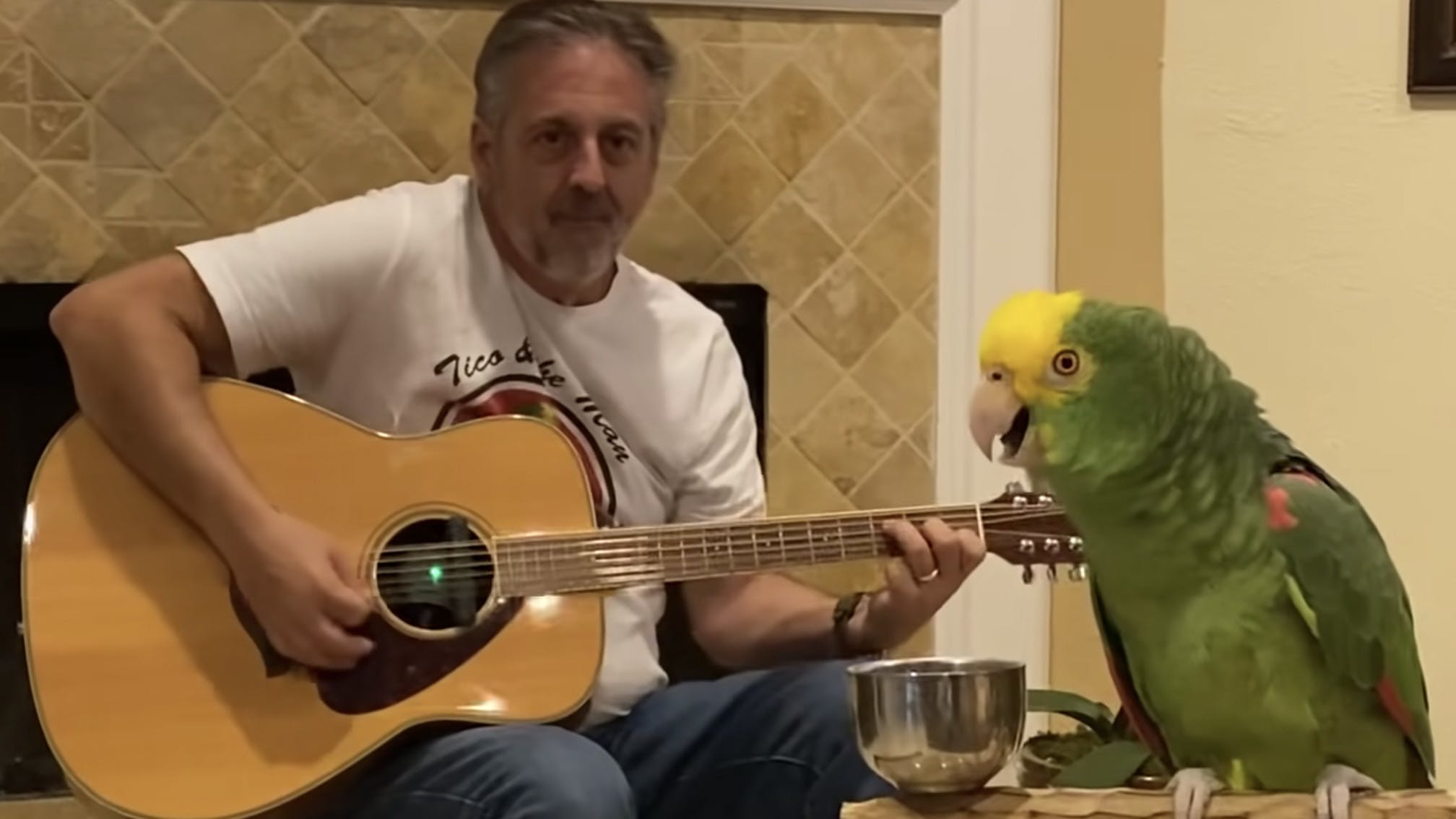 Keen followers of pet owners filming animals doing amusing things and putting it online may already be familiar with the talents of Tico. He's a double-yellow headed Amazon parrot, who likes to do some freestyle caw-ing over his human playing guitar, whose hits include The Beatles' Here Comes The Sun and Third Eye Blind's '90s tune Semi-Charmed Life.

Now he and guitarist owner Frank Maglio Jr. have done a cover of Led Zeppelin's Stairway To Heaven, becoming the only artists to ever do it well. Tico doesn't actually know the words, but his singing nevertheless has a Robert Plant improv quality to it.

Tico has some way to go before he can rival fellow parrot Waldo of Hatebeak, in which he played with Pig Destroyer's Blake Harrison on records like The Number Of The Beak and Bird Seeds Of Vengeance, but it's early days yet. More of this, although remember that you – yes, you – do not need to cover Stairway To Heaven.

Krzysztof Penderecki, Atonal Composer Who Influenced Some Of Rock's Heaviest Artists, Dead at 86

Farewell to the man who influenced everyone from Jimmy Page to Lingua Ignota to Stanley Kubrick...