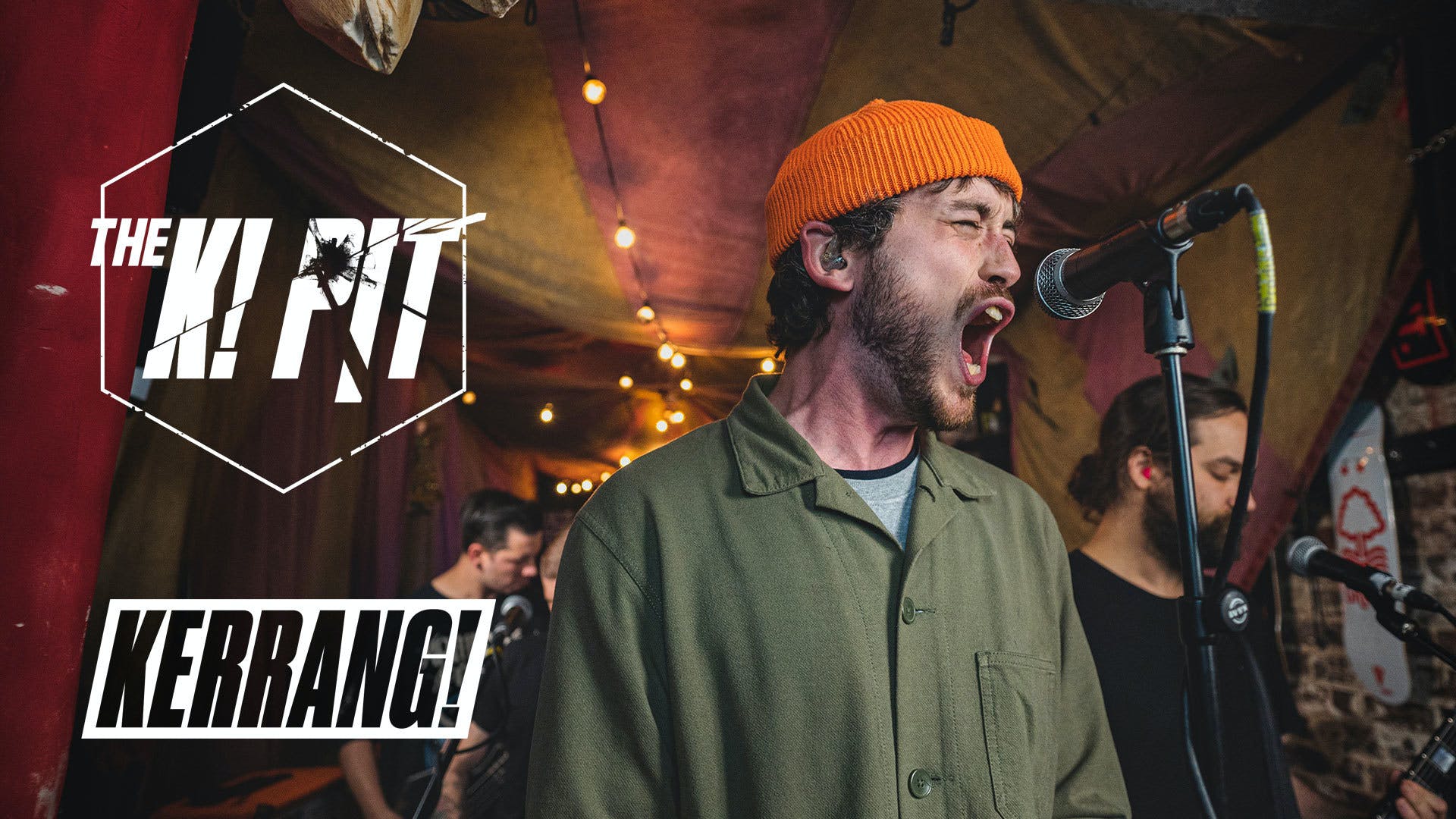 Roaring through a six-song set (predominantly focused on their incredible latest album Sleepless), the experimental post-hardcore crew filled our favourite London dive bar of Blondies with a swell of tenderness and ferocity.

Speaking to Kerrang! about the experience of playing such a tiny bar with no audience, guitarist Andy Gillan said, "It was great, actually. We haven’t played a place that small since 2012 and since then we’ve acquired more gear and filled out physically, so it was a bit of a challenge in terms of ergonomics... But it was cool playing live again and not in a rehearsal space. It was a good reminder of why we do this after all this time of not being able to play properly.”

Having released their 4K-rated Sleepless LP at the tail-end of 2020, the Midland quintet will be playing the record in full later this year with two special shows at Nottingham's Rescue Rooms on November 25 and London's Garage on December 14.

“We want to present the album as a whole so people can experience what it feels like in front of them because that’s what been missing for us this year – playing those new songs to people,” Andy told us. ​“We’ve done that before with [2018’s] Braille and when you play a full album it feels like much more of an event rather than just a gig. We’re doing bigger venues this time, and there will be proper production so we’ll give fans a real reason to come out."

But before those shows take place, you can stuck into this super-intimate set from Palm Reader, filmed without an audience and in accordance with all COVID-19 guidelines.

We’re also giving away a limited number of Palm Reader K! Pit posters – signed by the band. And, thanks to Nordic Spirit – the UK’s No 1 Nicotine Pouch* – you could win a rucksack full of swag! Inside the bag you’ll find a K! Pit hoodie, a beanie, a mug, a wireless phone charger and headphones. Head over here to find out how to enter, along with the chance to win a golden ticket to next year’s Download festival for the full VIP treatment!

Palm Reader's latest album Sleepless is out now – get your copy here.