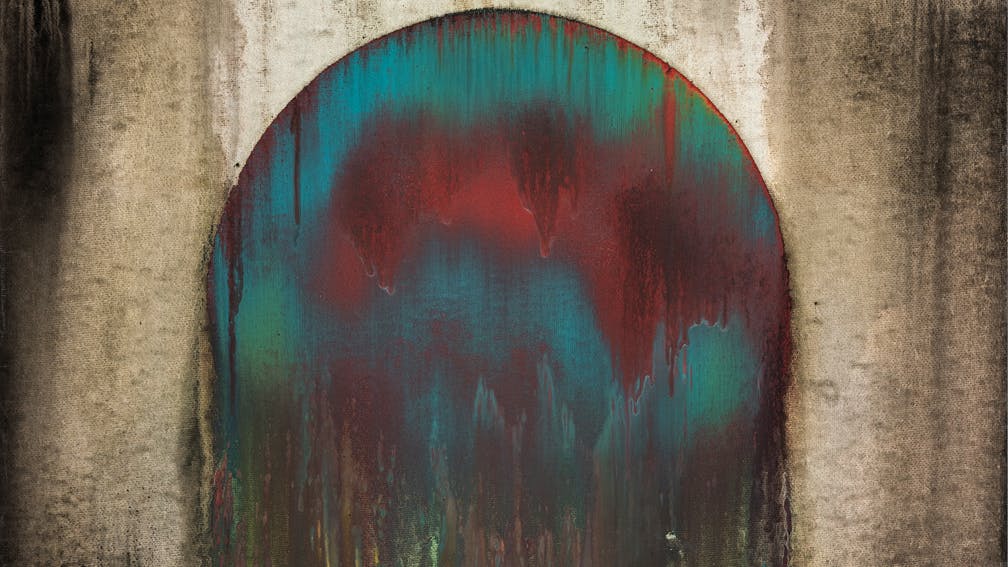 In the best possible way, Palm Reader have always felt like a chaotic work in progress. Their 2013 debut Bad Weather and 2015’s Beside The Ones We Love saw the Nottingham quintet compile an arsenal of tangled bangers with which they established their maniac live reputation. In turn, 2018’s Braille recycled that onstage intensity back onto record. With Sleepless, they’re building up and out, using the rough-hewn mathcore of years past as the foundation for a grander, more dramatically complex picture, shaded out with passages of swirling atmosphere and depthless ambience.

“I don't believe it's healthy for musicians to write the same thing over and over again,” explains guitarist Andy Gillan, simply. “As soon as bands find their formula, they become crap!”

The shift up is immediately obvious, as megawatt opener Hold / Release swells and subsides like a churning tempest. Vocalist Josh Mckeown sharpens the edge with a pointedly progressive examination of the cost of toxic masculinity to men themselves, smashing the macho idea that it’s better to crack under pressure than share the burden. The searing hardcore of Stay Down, meanwhile, is probably the closest this album comes to the bludgeon of old, an ode to perseverance and self-belief. And then there's the grandstanding midnight love song A Bird And Its Feathers, which builds through a menacing six-and-a-half minutes from breathy introspection to a cacophonous conclusion that blends wailing brass and squalling feedback to thrilling effect, capturing the raw unexpectedness of passion and catharsis.

Crucially, even as the soundscape twists and distends, you're held by a sense of compelling consistency. Islay is a beguilingly moody blend of dark-ambient and strummed acoustic. The epic False Thirst layers-up pulsating synths, thumped keys, clean vocals and suffocating riffs like prime Deftones, while Brink and A Love That Tethers deliver chest-tightening blasts of post-hardcore. Towering closer Both Ends Of The Rope manages to be their most progressive composition to date, while also delivering the album’s gut-punch emotional pay-off.

The black-eyed, bloody-knuckled fans whose devotion was forged in the pit will doubtless be challenged by this less-relentless change of tack. In the end, though, Sleepless’ fascinating textures and hypnotic undulations offer a different type of intensity, and when those (still frequent) blasts of outright heaviosity do arrive, they feel all the harder for it. 2020 has been a brutal year for hard-touring outfits like Palm Reader, but this feels like a defiant guarantee of their tenacity and adaptability, finding a way to continue hammering their mark and plotting their own destiny even as the world swerves around us.

For Fans Of: Cult Of Luna, Svalbard, Deftones

Sleepless is released on Nov 27 via Church Road.

READ THIS: Inside Architects' epic new album – the only interview