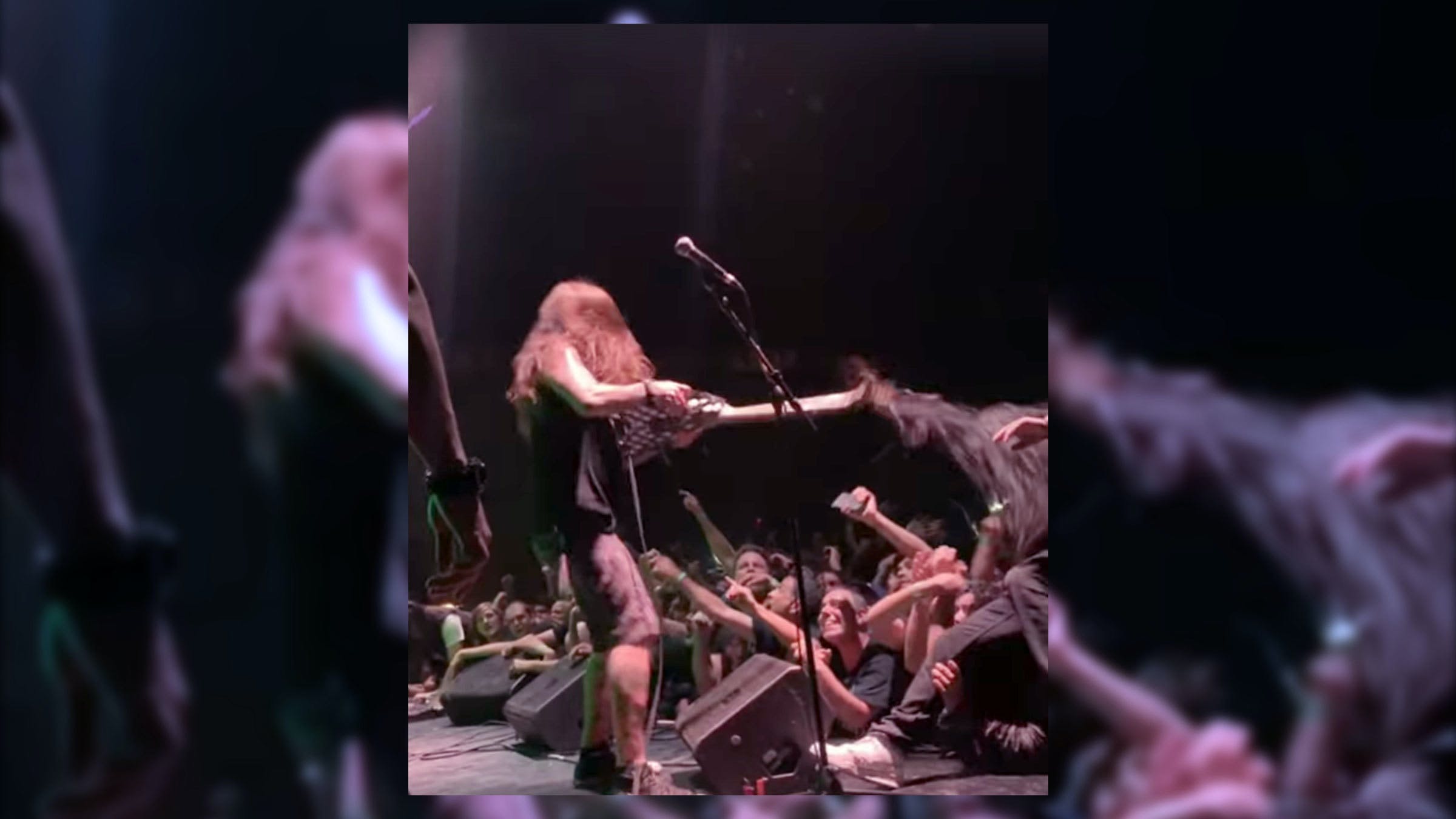 It happens to the best of us: you're playing a gig, a longhair stagediver runs past, and BAM, you've scalped a guy. Guitarist Phil Demmel, formerly of Machine Head, experienced this while performing at an especially crazy gig with his reunited band Vio-lence on May 31st in Los Angeles. Midway through the show, a stagediver’s hair got caught in the headstock of his guitar...but then the guy decided to jump offstage anyway. Ouch.

The moment yielded bursts of cheers and laughs. Watch the video below to feel the pain (and maybe also the excitement):

Phil seemed pretty entertained by the situation, throwing a couple of joke posts about the incident online:

If this isn’t the epitome of thrash metal, I don’t know what is.

Phil seems to be having a great time now with Vio-lence, especially after his regrets in Machine Head. Not that long ago, he was complaining about Machine Head’s latest album Catharsis and calling the band a “Robb Flynn solo project.” In an interview on Talk Toomey, he said, “I hate the last record...There’s moments of what I wrote that I like. I wrote most of the music to California Bleeding, but then [Robb] wrote the lyrics on top of it that I just wish that… Me and Dave talk about it, like, ‘Fuck! I wish I could take my riffs back! No, that isn’t what we want them used for.’” Still, despite these frustrations, the men are all on good terms and are focused on their own projects.

Fortunately, Phil will be on the road with Vio-lence later this year, hitting some random places. Make sure to catch them and have a fun time, hopefully without losing any hair over it, at one of the dates listed below: