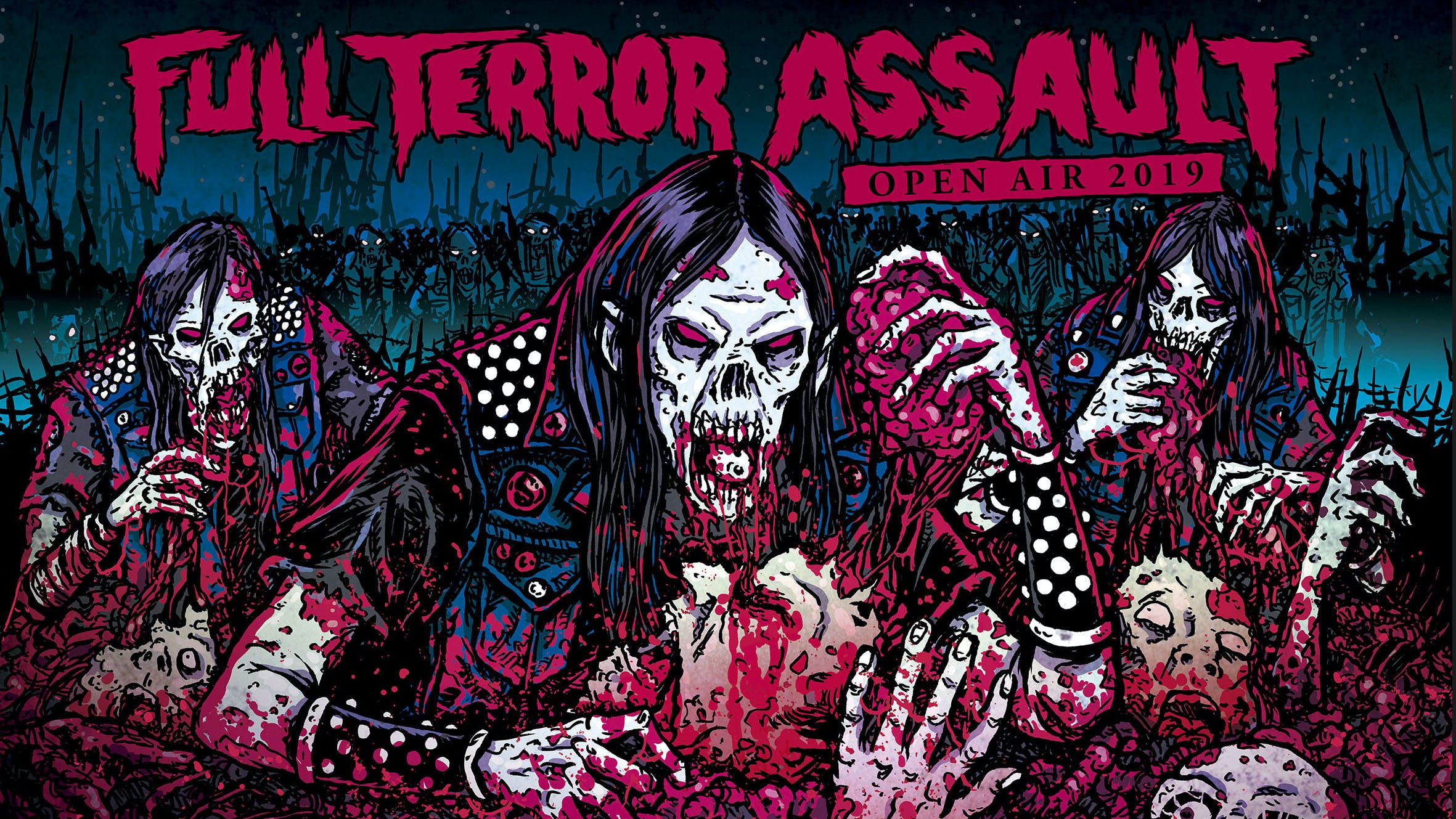 On September 4, 2019, extreme/underground metal fest Full Terror Assault will return for its fifth year. Held in the Shawnee National Forest in Cave-In-Rock, IL -- the same place, in fact, where the Gathering Of The Juggalos was held between 2007 and 2013 -- this year promises a whole ton of metal mayhem combined with camping in one of the state’s most scenic locations.

The 2019 incarnation boasts some pretty special headliners, too. Across two days of music, there’s metal legends Soulfly, thrash metal icons Vio-lence, who will be making their only Midwestern appearance of 2019, Canadian death metallers Kataklysm and Swedish death metal veterans Grave. And if that wasn’t enough of a draw, thrash metal crossover stars M.O.D. will perform a unique half M.O.D./half S.O.D. set, bringing together frontman Billy Milano’s two bands.

In a statement, the organizers of the festival said: "FTA is definitely not your typical metal festival and we are proud to be the first true extreme music open air festival in the USA. Above all, it is a labor of true passion for us and we are excited to be celebrating five years strong in 2019. We want you to come celebrate with us and see what it's all about!"

Two, three and four-day tickets to the event are available from www.fullterrorassault.com -- and what’s even better is that camping is free. If you don’t feel like sleeping in a tent, though, VIP upgrades are also available. See you there!

Max Cavalera: The 10 songs that changed my life

Max Cavalera Cuts Off The Dreadlock He's Grown For 20+ Years