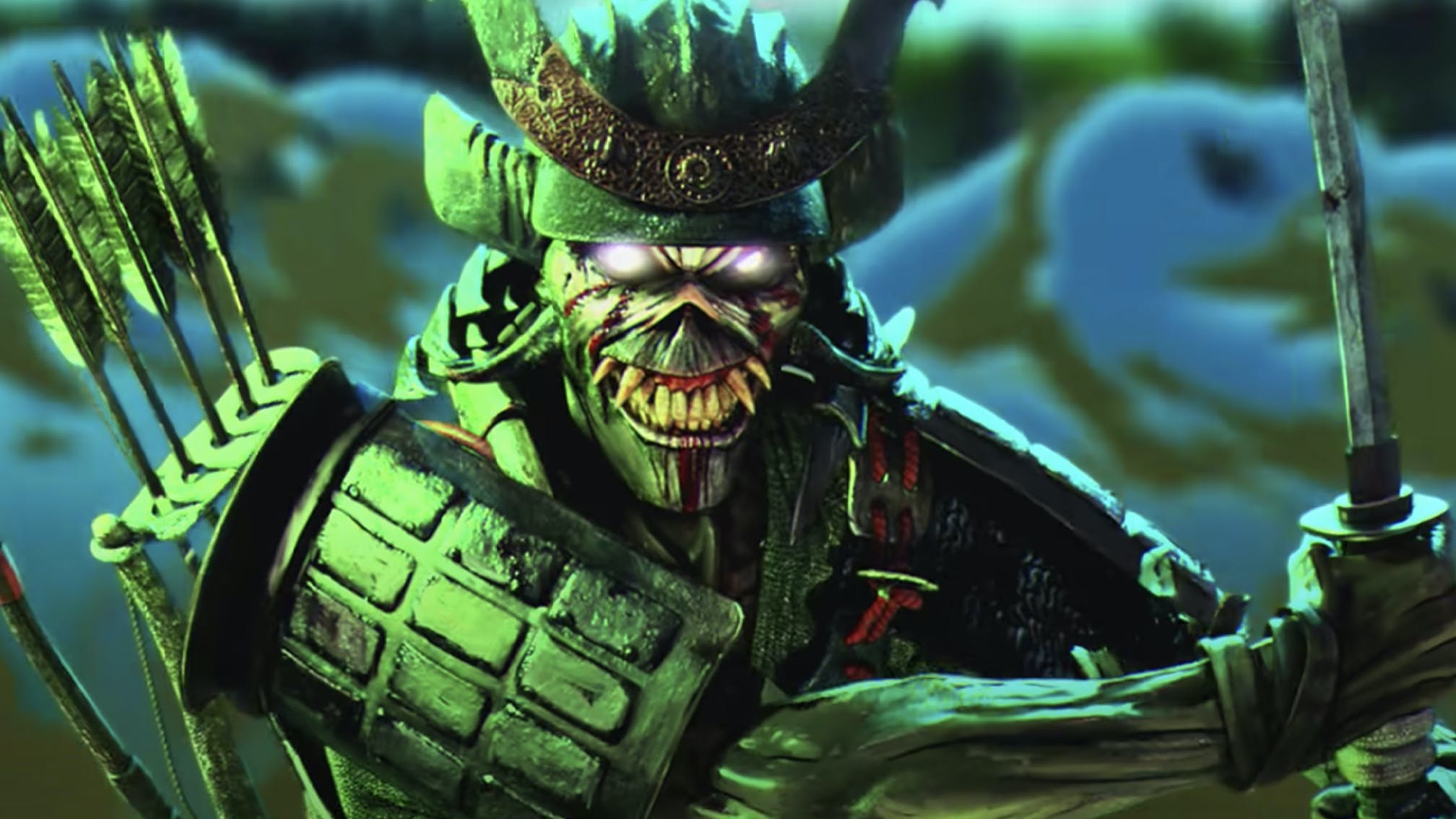 Because there isn’t already enough to pay attention to in the Easter egg-filled video for The Writing On The Wall, Iron Maiden have now released a new version with extra sound effects. So, you get roaring monsters over the top of the first cut from Maiden’s new Senjutsu album (out on September 3) as well now.

Explaining where the idea for the video came from, singer Bruce Dickinson told Kerrang! that not being able to get together to film a performance video actually opened creative doors for the band. Writing a storyboard himself, and working with animators Mark Andrews and Andrew Gordon – both of whom have worked at Pixar and share a love of Maiden – Bruce revealed that he wanted “something epic that people would not expect us to do, because we haven't done a video that's worth talking about for a long time”.

Read this: Quiz: How well do you know Iron Maiden's lyrics?

“I said to Rod [Smallwood, Maiden manager], ‘Have you seen the video for Deutschland by Rammstein?’” he told us in our exclusive cover interview last month. “That, to me, is a groundbreaking video. That's astonishing. Now, I'm not suggesting we do that, because we're not Rammstein. But think of what we could do that would have the equivalent impact for us. So, I wrote storyboard for the vid, tweaked it a little bit, and gave it a happy ending. Well, kind of a happy ending – Adam and Eve start again, but with Eddie going, ‘I'll still get you in the end.’”

Watch The Writing On The Wall (SFX Version) below:

On the writing for Senjutsu, Bruce also told K! that the band didn’t go into the studio with the intention of making a double-album.

“We had no clue, absolutely no idea, what the album was. We didn't go in there with any set idea or preconception,” said Bruce. “We had a few ideas. We went into the studio and tried them out, and when they worked, we just recorded straight away. So while we were rehearsing, everything was being recorded – the tape was rolling the whole time.

“Steve [Harris, bass] would literally lock himself away for two or three days, and we'd all turn up and play pinball,” he continues. “And then he'd say, ‘I think I've got one, chaps. Oi! Everybody in the studio!’ Boom. The stuff I wrote with Adrian was a bit more conventional – we’d stand around and play guitar and sing and do that until we thought we had something. Then we'd rehearse it and put it straight down. It’s more organic, if you like. Steve tends to be quite detailed and meticulous in exactly how he wants it.”