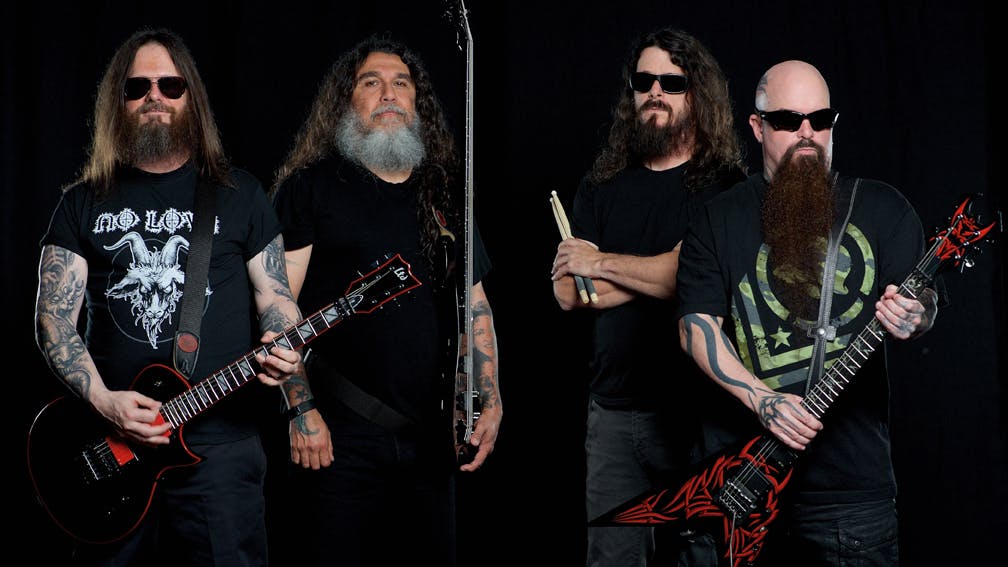 Slayer have been saying a lot of goodbyes lately on their farewell tour. On August 3rd, Slayer played their final European show in Stuttgart, Germany. When the concert came to a close, the audience burst into unrelenting noise, cheering and thanking Tom Araya as he was saying goodbye to all of Europe's Slayer fans.

Anthrax’s Frank Bello caught the bittersweet moment on tape, and said on his Instagram, “It was an emotional night as Tom says goodbye to Europe.”

Watch below and get all choked up:

Kerrang!’s Sam Law had a description of Slayer's final UK show that fits this moment perfectly: “Boasting perhaps the biggest crowd we’ve ever seen on the Zippo Encore stage, there’s no lack of violence. By the time that unstoppable climactic salvo (South Of Heaven, Raining Blood, Black Magic, Dead Skin Mask, Angel Of Death) rings to a close over British soil for the final time, even the mightiest moshers -- from the Pit Troll sweating it out front and centre to frontman Tom Araya himself -- are wiping tears from their eyes. Line-up shifts and dips in form be damned, tonight finally forces the wrenching acknowledgement that metal will never be the same.”

Surely, this farewell tour will only get more emotional. Be sure to catch their final North American leg of the tour, where Primus, Ministry, and Phillip H. Anselmo & the Illegals will be joining Slayer, at one of the following dates below: