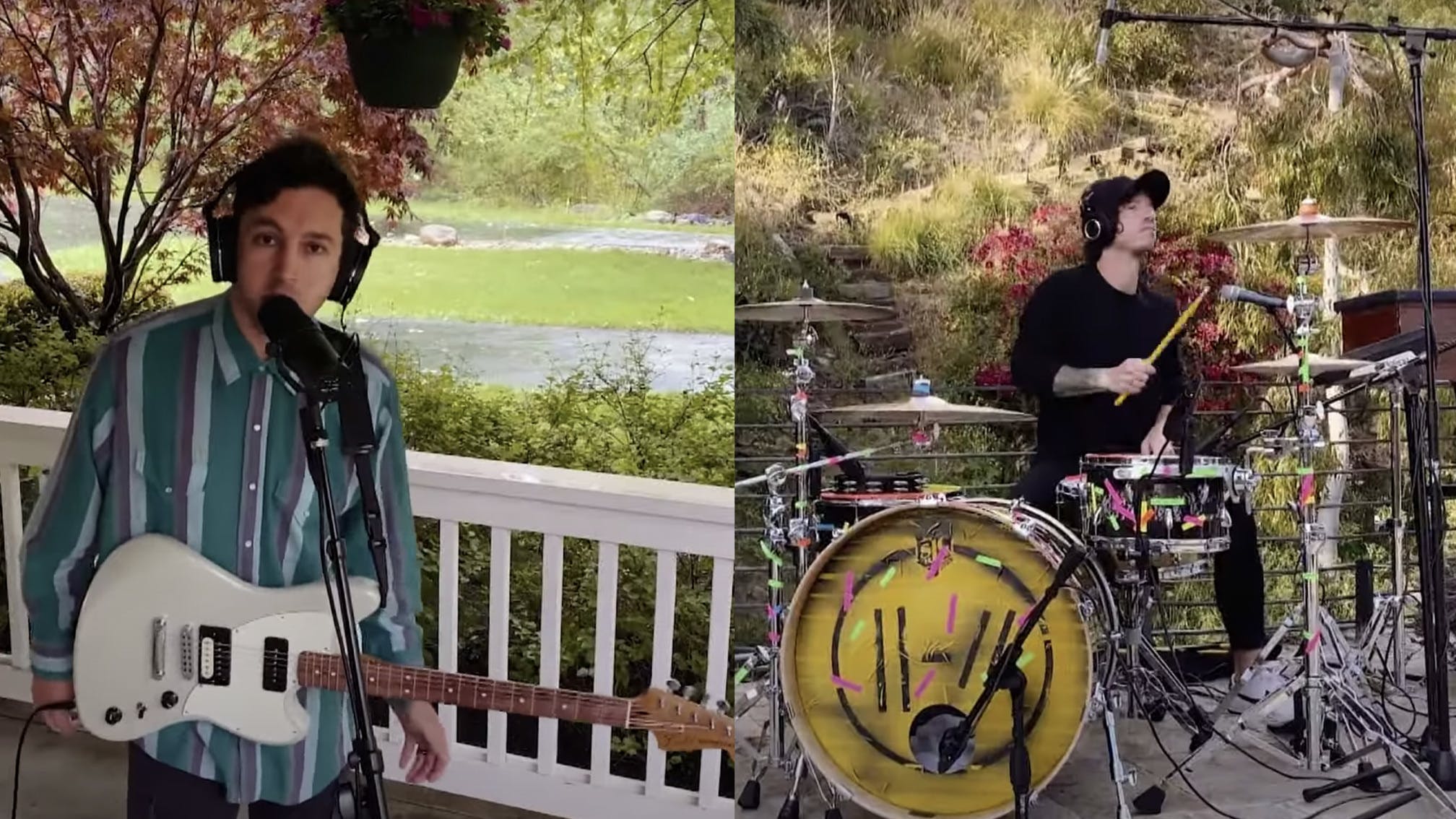 While fans are probably going to have to wait a fair while now to hear twenty one pilots' wonderful new single Level Of Concern at a concert, the duo have given us the next best thing in the interim: a lockdown performance of the track via the At Home Edition of The Tonight Show Starring Jimmy Fallon.

Tyler Joseph and Josh Dun were joined by Simon Jefferis, Jesse Blum of MisterWives and Paul Meany of Mutemath for the uplifting live rendition, which also saw the band's beloved Ned come out of quarantine to bust out his guitar skills and show that he's been doing just fine in lockdown. Phew.

Quiz: How well do you know twenty one pilots' lyrics?

This Level Of Concern performance follows the news that twenty one pilots could be looking at writing and recording a new album – the follow-up to 2018's Trench – much sooner than they had planned.

“I’m writing a record right now,” revealed Tyler earlier in May. “I’m not sure when it’ll be released, but it’s definitely going to be really sooner than we were planning on releasing a record.

“I don’t know if it’s this in-between record or if it’s a continuation of the narrative and where we left off. It’s kind of hard for me to tap into the story of Trench and what we’ve been building on up until that point without being out there, without touring, without having those live shows, without interacting with our fans.”

Watch Level Of Concern on Jimmy Fallon below: