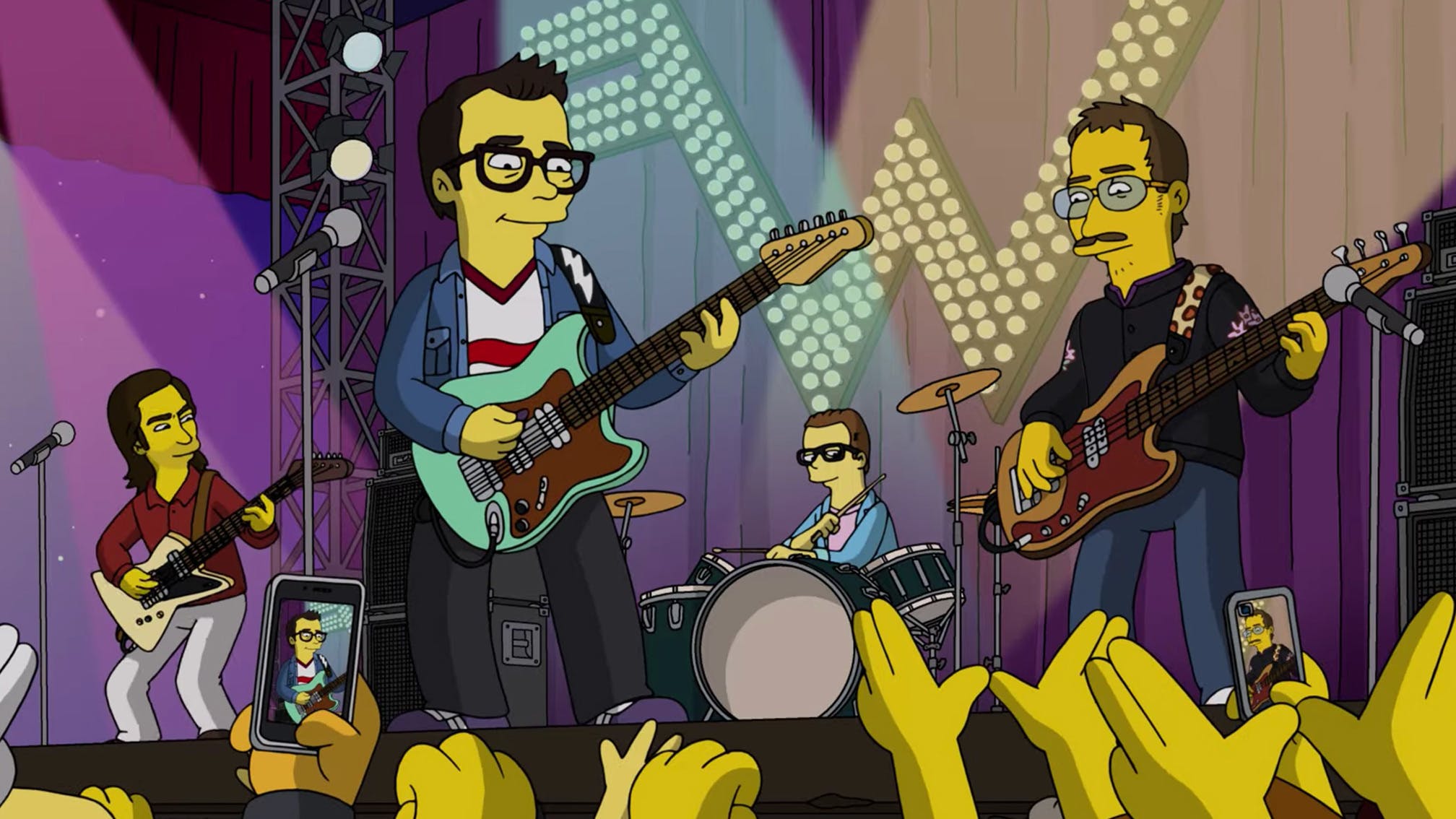 Weezer have never stuck to convention (they previously premiered last year's Black Album via Fortnite), and their ace guest appearance on The Simpsons last night proved it: rather than teasing new music via social media like most other bands, the California geek rock heroes gave a sneak peek of upcoming track Blue Dream in the episode.

Rivers Cuomo and the gang featured on new Simpsons ep The Hateful Eight Year-Olds, voicing a cover band called Sailor’s Delight. As well as performing their own already-known material, the gang unveiled another new tune from their upcoming Van Weezer album, which was originally set for release this month (a new release date will be announced soon).

Read this next: The 12 best rock cameos in The Simpsons

Though the Blue Dream snippet from the episode – which will air in the UK on May 22 at 8:30pm via Sky 1 – isn't available online just yet, Weezer also covered The Simpsons' iconic theme tune, and you can check that out in all its awesomeness below:

Read this next: 14 rock songs that featured in The Simpsons

Weezer’s seven-song SZNZ: Spring EP is here, with SZNZ: Summer, SZNZ: Autumn and SZNZ: Winter all arriving throughout the rest of the year…

Weezer celebrate 30th anniversary today: “We are nowhere near the end of the story…”

Happy birthday, Weezer! The California rock legends reminisce on three decades together, having formed on February 15, 1992.

Rivers Cuomo has made his own Spotify player, Weezify

Weezer frontman Rivers Cuomo has created his very own version of Spotify to host almost 3,500 of his demos made between 1975 and 2017.