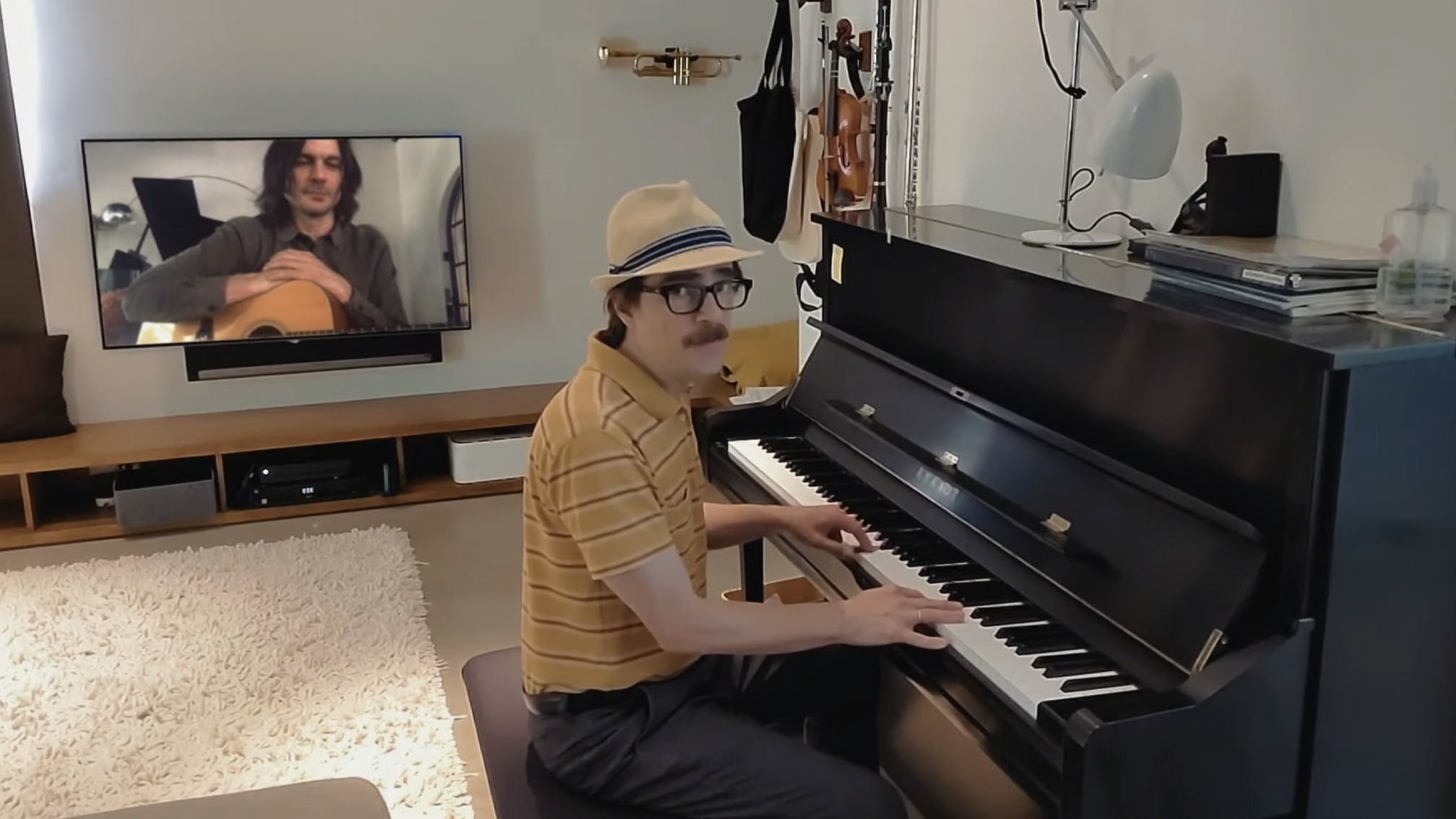 On top of his ace Island In The Zoom sessions in lockdown, Rivers Cuomo got together with his Weezer bandmates last night (June 17) to perform a truly lovely rendition of the geek-rock heroes' latest single, Hero.

Having already tackled the likes of Green Day's Good Riddance (Time Of Your Life) and Nirvana's Heart-Shaped Box in a more stripped-back fashion, this time Rivers turned the spotlight on his own music, toning down the guitar-led sound on Hero (a direction that will also continue in the band's upcoming Van Weezer album).

Read this: 11 bands who wouldn't be here without Weezer

Discussing the sound of Van Weezer, Rivers explained last year, “The inspiration came from our live shows, where, in the middle of Beverly Hills, unlike on the album, everything stops and I just break out with this crazy guitar solo. We noticed that, recently, the crowd just goes crazy when I do that. So it feels like maybe the audience is ready for some shredding again.”

“…Last album we didn’t have any guitars, this one is just all guitars,” the frontman elaborated to Zane Lowe on his Beats 1 show. “A hundred guitars. This is all from playing shows, and we just noticed over the last few years there’d be these moments during the show where I’d accidentally bust out a few harmonics or a whammy bar dive or a little tapping just because I can’t control myself.

“It’s been a while since I busted the [harmonics] out. Like since the ’80s, probably. I think you could walk into any Guitar Center around the country and hear a ton of those harmonics.”

With a heavier Weezer sound on the way, then, enjoy what will probably be a rare mellow performance as the band play Hero on The Tonight Show: At Home Edition below:

Catch Weezer live at the following dates next year:

Read this: Every Weezer album ranked from worst to best

From Blue to Green to Red to White and beyond, we rank Weezer's coolest cuts...