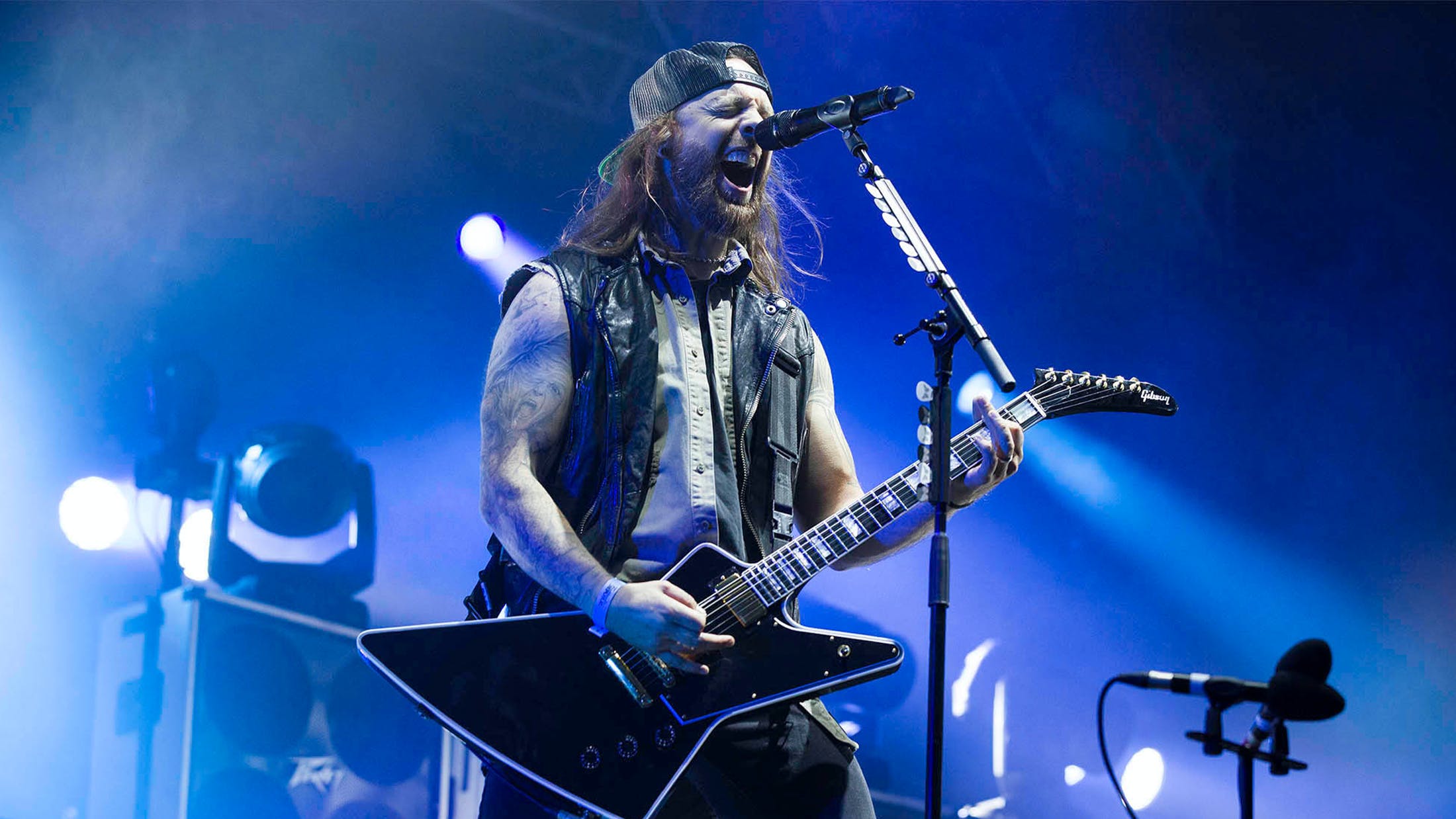 At 10:30am, the Download Pilot main stage is decked out with an enormous wall of lights. Perched on top is a massive drum kit. In the cold light of morning, it still manages to look imposing. Twelve hours later, as the whole thing flashes and flares like a UFO, delivering a blinding accompaniment to the final moments of Bullet For My Valentine's headlining set, it's an awesome spectacle.

As a way of bringing this special, weird weekend to a close, it's appropriate that the job should be handled by a band who have been insisting this place at the top of the bill will one day belong to them. In the event, Bullet can chalk their dream gig up as a triumph. Indeed, so ready and drilled for this are they, it's not actually all that different than what they might normally do, just a harder-flexing version.

Unlike Frank Carter or Rou Reynolds, Matt Tuck doesn't do any big, emotional outpouring or speeches, instead looking throughout like he's taking it all in and soaking it all up. But he doesn't really need to say much, not when The Last Fight and Scream Aim Fire make enough noise on their own. Sharp, slick and with every shredding solo sounding immense, they nail a full-stop onto the weekend with confidence and power.

New song Knives is the heaviest thing they've done in years, while old cuts 4 Words (To Choke Upon) and Hand Of Blood sound imperial in this light. Tears Don't Fall is a massive sing-along, You Want A Battle? (Here's A War) is a riot.

Even in a headline slot, even with a skinsman as good as Jason Bowld, the mid-set drum solo is unnecessary, but bringing out Benji Webbe for a dash through Iron Maiden's Run To The Hills is pure banter.

Earlier in the afternoon, in the band's dressing room, when asked if he's pumped for the evening's festivities, Matt pondered things for a moment, and replied, "I'm not there yet." Having spent a decade and a half with the self-belief that headlining this place was more of a 'when' than an 'if', it's probably a hard one to process. But onstage, chugging out the riff to closer Waking The Demon, he wears the expression of a man getting everything he ever wanted.

Bullet were almost born at Download, being the site of some of their earliest victories. Tonight, they're everything you imagined. But even more, their progress up the ranks says a lot about Download as a home for British bands and a nurturer of talent. On a bill so stacked with homegrown bands as this, with so many of them having A Moment of their own during their sets, it's truly exciting to think of where they will have risen to in a decade's time. As Bullet tonight show, if you want it hard enough, your dreams will eventually come true.