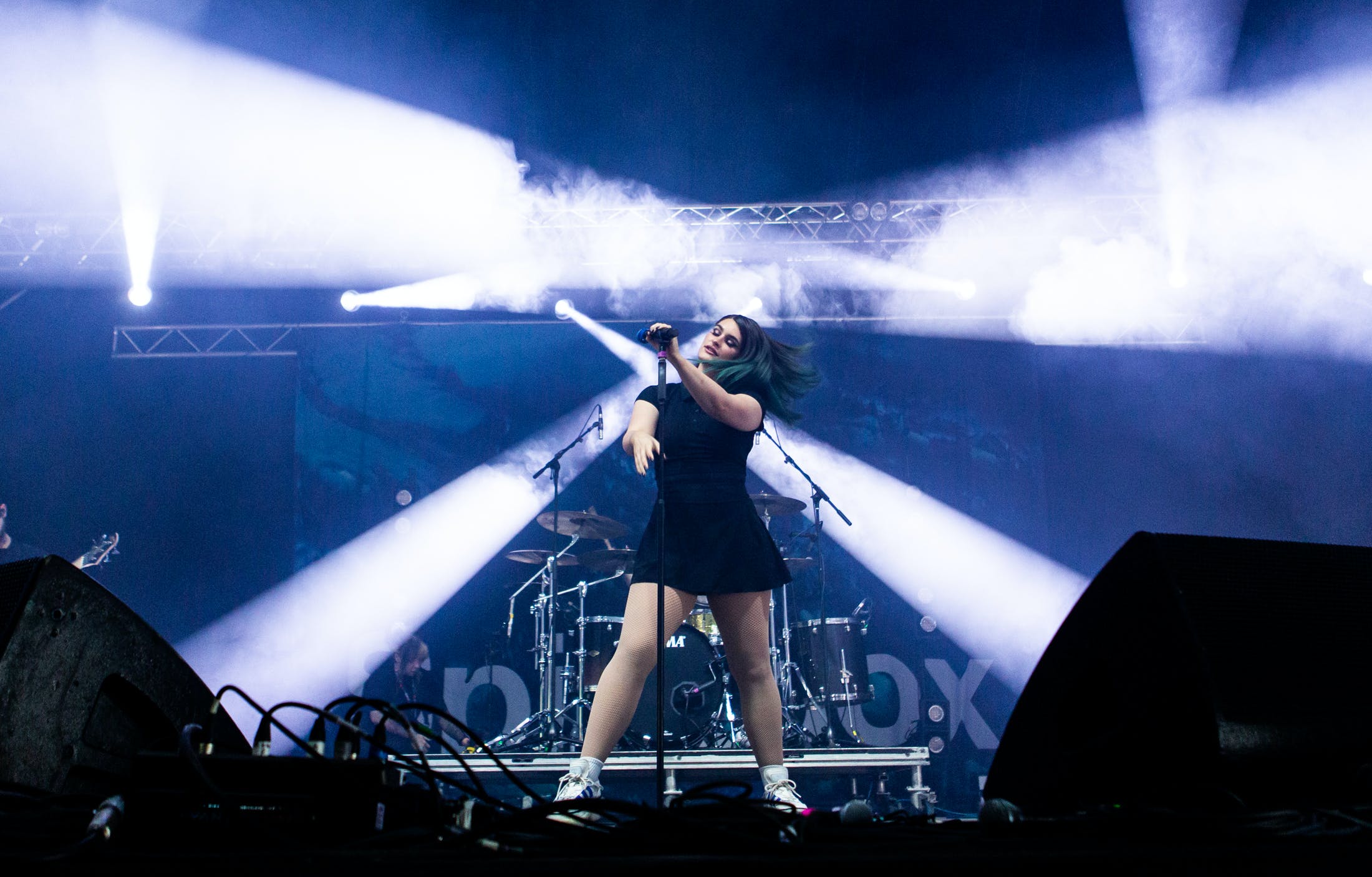 The weight of at least two years' worth of momentum rests upon Spiritbox's shoulders. This is not only their first time at Donington Park, but their first ever show in the UK. After a rapid ascent propelled almost exclusively by the power of the internet (live music was essentially banned globally on the grounds of public health for over a year), this show was practically predestined to be a historic moment. From the looks of the size of the crowd, spilling out from the sides of the tent, everyone wants to witness that moment. And holy fuck, what a moment this is.

The Vancouver trio stride into view with cool assurance, backlit by blue light, and are greeted with a colossal applause. They dive straight into the initially ethereal Circle With Me, but when Courtney LaPlante unleashes her first screams, it is impossible to witness without your jaw dropping.

However, it's slightly later, during Blessed Be, when they really detonate. Spiritbox pause in the middle of the song as the crowd's roar fills the silence until the sound blasts from the speakers again, and it hits the ears like a wrecking ball. Later, the sonic earthquake that is Holy Roller has everyone moshing so ferociously that dust from the ground floats in the air, and the security guards are kept rather busy having to catch all the crowd-surfers. It finishes all too quickly, with closer Eternal Blue biting hard in a beautiful way when placed in a live setting.

"This is a very, very good first date," Courtney remarks, predictably, to another round of cheers. This must surely be the start of what deserves to be a lifelong love affair with Download, and the UK live scene at large. There's plenty of Download sets that become the stuff of legend, the "I was there," moments that are talked about for years afterwards. Trivium ’05. Slipknot ’09. Spiritbox ’22 deserves to be the new addition to that illustrious hall of fame.