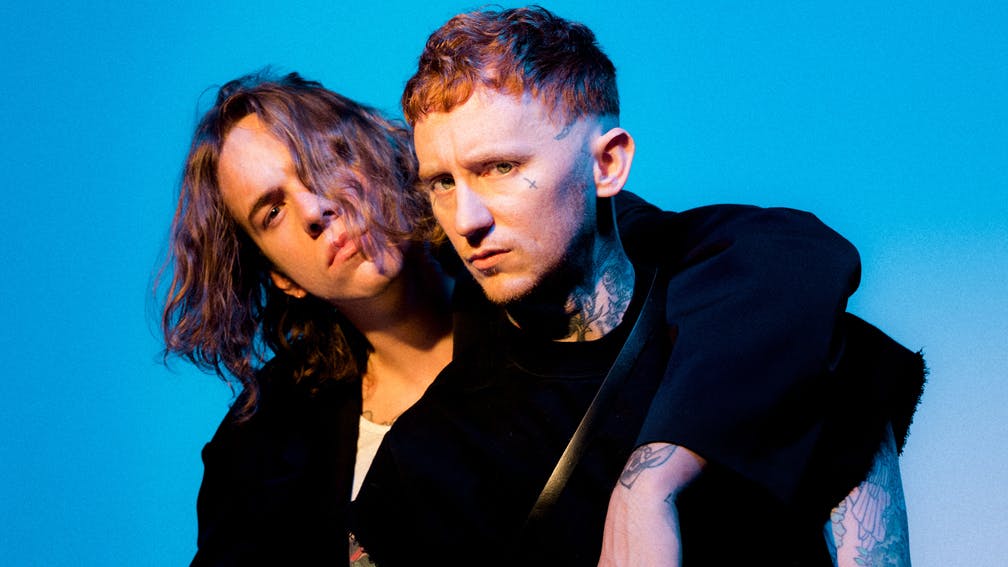 Following the announcement that Frank Carter And The Rattlesnakes' third album End Of Suffering is coming on May 3, it was also revealed that Rage Against The Machine icon Tom Morello is guesting on the record.

Tom features on the track Tyrant Lizard King, which we cannot wait to hear. But how did Frank manage to get the legendary guitarist involved in his album? We called him up to find out.

“It was not the plan at all," Frank tells Kerrang!. "I mean, obviously Rage Against The Machine are my favourite band – they’re one of the most important rock bands ever. I’ve been a huge fan since I was a kid. I was lucky enough to play with them in my old band Gallows – we played with Rage a few times. Tom has always just been a lovely guy – he’s true, and he’s real.

"We just happened to bump into him in Spain, at a festival called Resurrection, and I just got talking to him and we were catching up and stuff. And then I was watching Prophets Of Rage play, and I ended up getting in the pit, and I suddenly found myself somehow onstage," laughs Frank. "I don’t remember how it happened, but it happened. And then I got to sing Killing In The Name of with them, which is one of the greatest achievements of my life! It was just a fun moment because it was natural – it wasn’t planned.

"From that, we just kept in contact a bit more, and actually he asked me if I wanted to play on his record. Of course I said yes, but I said, ‘Before that, you have to play on ours!’ And it just so happened that we were in the studio first (laughs). I hope I get to do more with him, because he’s an amazing musician.”

So if it's Frank's turn to make an appearance on Tom's record, will we see him on the next Prophets Of Rage LP?

“I don’t know about Prophets, but Tom's solo stuff, for definite," he tells us. "But, fuck it, any time they ask me to do anything, I’m there, obviously! You don’t say no to Tom Morello.”

Frank Carter And The Rattlesnakes' new album End Of Suffering is out May 3 through International Death Cult. It is available to pre-order now.

You can catch Frank Carter And The Rattlesnakes on tour at the following dates: