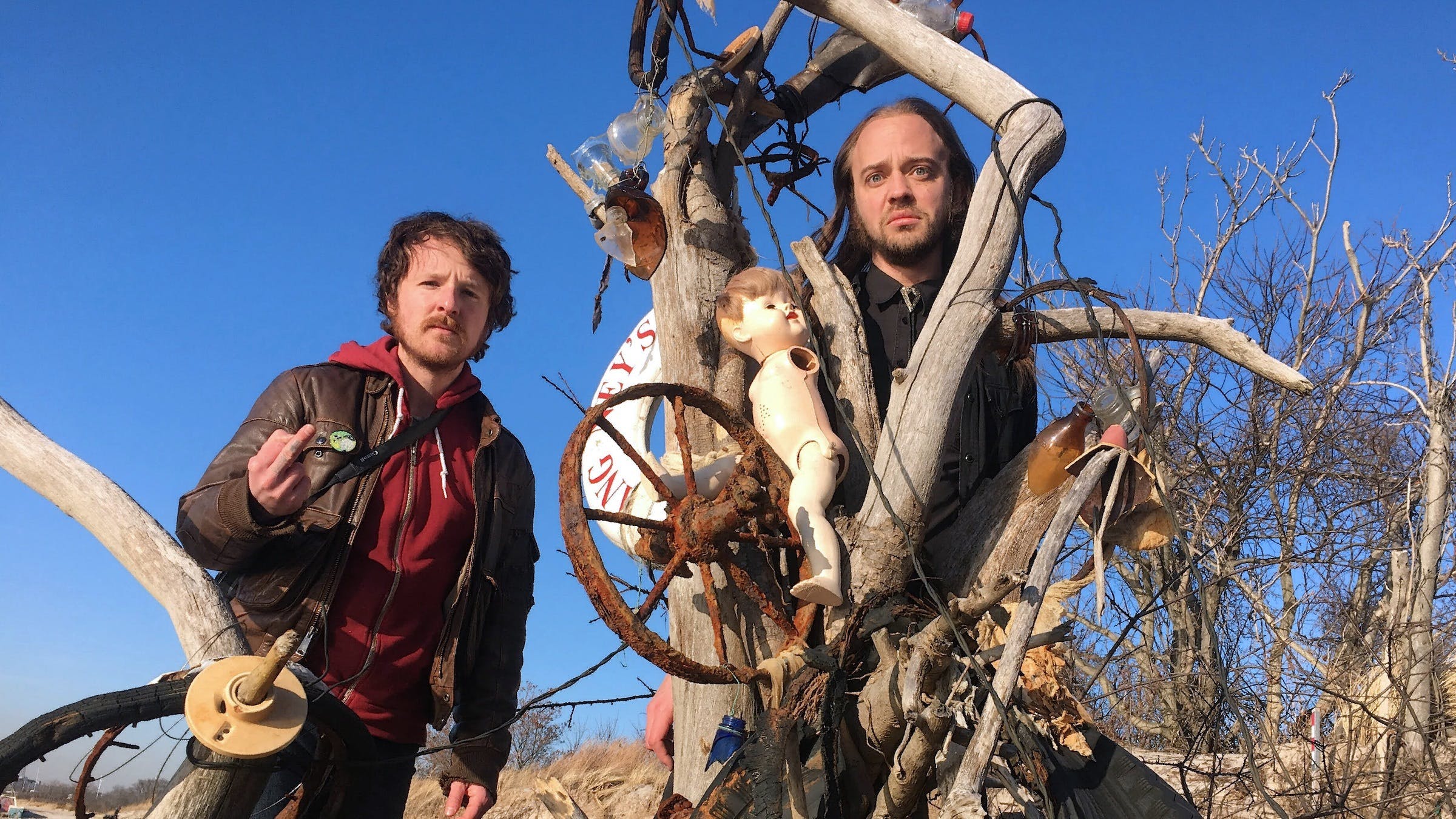 For Portland, Oregon, duo Wizard Rifle, doom metal is an ugly affair. While their beloved Pacific Northwest is best known for creating downtrodden, elemental heavy music, these guys push heavily toward the noisy side of the spectrum, merging a rolling guitar boil with rattling staccato percussion and panicked cries that sound to create rock music that sounds more like a drunk lighting a bonfire in the woods than hunkering over the bar. As such, the band provide a refreshing new take on an established genre, channeling the ethos of acts like Rwake and Meshuggah even as they create the kind of music that's fun to smoke weed to.

The band's new album, titled simply Wizard Rifle, takes this approach and slams its head against the wall. The record has the atmosphere and attitude of a Frank Bill book, painfully self-aware without sacrificing any of its rusted-out madness. Tracks like Caveman Waltz have a druggy menace that doom fans sick of Sabbath rip-offs will love, while Funeral Of The Sun whips around with a solid dose of mathcore agitation. It's not your typical metal album, which is why it's so damn exciting.

Describing the record, the band don't fuck around: "A soundtrack for the eve of destruction, simultaneously hopeful and despairing, crushing and ethereal. The product of five years of writing and production. The culmination of a ten-year musical partnership. The sound of weirdos persisting in weirdness. It is Wizard Rifle’s Self-titled 3rd LP.”

Listen to our exclusive stream of Wizard Rifle's self-titled album below:

Catch Wizard Rifle live at one of the dates below:

*with Acid King and Warish