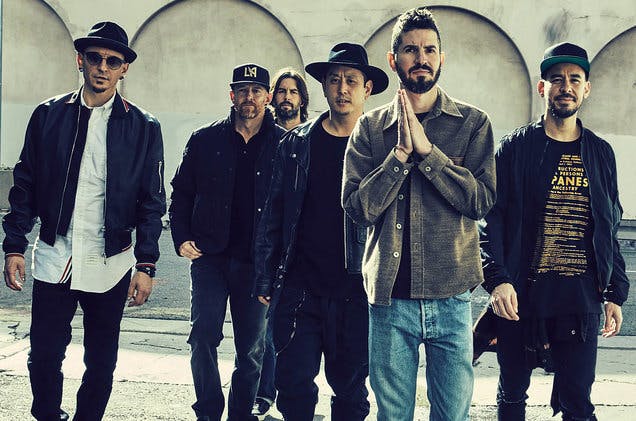 Sometimes, during moments of incredible depression and hopelessness, we just need to feel like we're not alone. That empathy can come in many forms, one of which -- perpahs the most important of which, for music lovers -- is song lyrics. Such was the case in Orlando, Florida, where a healthcare worker kept a suicidal man from jumping off of an overpass using lyrics from Linkin Park's One More Light.

According to ClickOrlando, healthcare worker Cristina Settanni was driving down State Road 408 when she noticed a man sitting on the edge of an overpass. She decided to stop and speak to the man, "because I've been where he is. He needed someone to show they cared."

Cristina climbed out on the edge and sat with the man, whose identity has been kept private. To comfort him, she recited a lyric from One More Light: "Who cares if one more light goes out?/Well, I do."

"I didn't know if it clicked with him, but he just cried," said Cristina.

Eventually, a police deputy arrived in response to several 911 calls about the man. Bodycam footage from the officer shows Cristina sitting with him on the edge of the overpass.

Eventually, when the man wouldn't step all the way back from the edge, the deputy pulled him back. Further conversations with the jumper revealed that he was dealing with family problems and personal issues that led him to think suicide was the only way out.

That Chester Benington's lyrics can change a life is something we've learned first-hand. To honor Chester's passing this year, we asked fans to tell us what his lyrics mean to him. One reader, named Nicki, told us her story about One More Light's lyrics:

“My grandma passed away in January of 2016, and we were very close, so I struggled tremendously with it," she told us. "Linkin Park was always my go-to in time of need, and this was no different. When One More Light came out in 2017, it touched me in a way that I can’t describe.

“Those words struck me because even a year later I was struggling with her death, and whenever I told people about it they would always respond with: ‘Still?’ Then Chester passed on July 20, and it was very difficult not only because of his passing but because July 20 is also my grandma’s birthday. So now the song has a very strong meaning to me. I plan to get 7/20 tattooed on my wrist in remembrance of them both.”