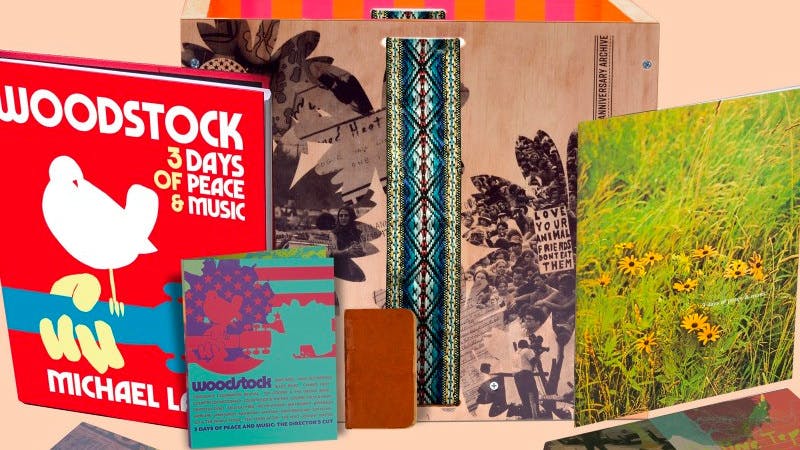 While the ever-changing, confusing status of Woodstock 50 rolls on, fans of the 1969 rock'n'roll uber-festival can celebrate five decades of peace and love with this epic box set.

Dubbed Woodstock: Back To The Garden, the special 50th anniversary set includes thirty eight CDs of music. That's 432 tracks (267 of which are previously unreleased) from every single artist that played at Woodstock, clocking in at a whopping 36 hours of classic, era-defining rock'n'roll.

The set will include full live performances from Jimi Hendrix, The Who, Jefferson Airplane, Sly & The Family Stone, Janis Joplin and many many more.

It also comes with a Blu-Ray of the Woodstock: 3 Days Of Peace & Music documentary, a replica of Hendrix's guitar strap, essays, a replica programme and much more.

The epic box is limited to just 1,969 copies (see what they did there?), but there are 10 CD, 5LP and 3 CD versions also available to pre-order from Rhino.

"His impact is beyond solar systems": Remembering Jimi Hendrix, the greatest guitarist who ever lived

AC/DC's Angus Young On The Impact Of Jimi Hendrix's Purple Haze: "Boy, That Was It. I Was So Excited…"

AC/DC legend Angus Young reflects on the first time he heard and saw Jimi Hendrix, and how he wanted to "look that cool".