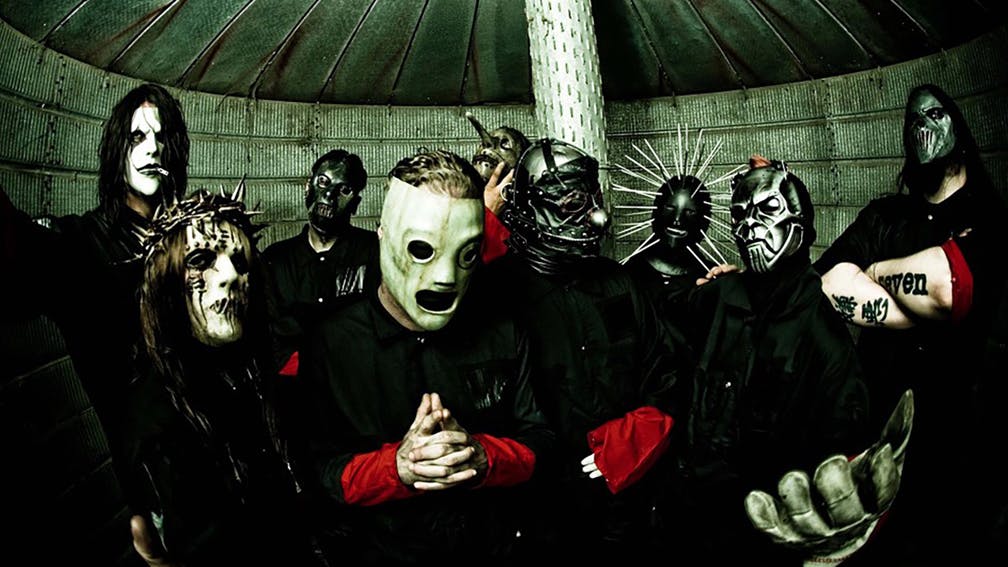 Have you already purchased every single Slipknot mask and boilersuit available, and are wondering what else you can do to be a part of the band's history? Well, good news, because now you can actually own a portion of the royalty rights to the Iowa titans' 2008 record All Hope Is Gone – their final LP to feature Paul Gray and Joey Jordison.

Producer Dave Fortman's portion of the royalties, as well as those pertaining to Simple Plan's self-titled LP from the same year, are currently both up for auction as a package deal on Royalty Exchange, with the current bid sitting at $758,000 with five days left to go (the auction ends on Monday, May 4).

Read this next: The inside story of Slipknot's All Hope Is Gone

A description on the site reads: "This one might get loud! Here’s a rare opportunity to invest in sound recording royalties collected by the producer of two time-tested rock albums – the Platinum-certified, No. 1 charting All Hope Is Gone from heavy metal icons Slipknot; and the self-titled 2008 debut album from influential Canadian pop-punk rockers Simple Plan.

"The winning bidder will collect royalties generated from any sales, streaming, and sync fees for either album, as well as the individual singles contained on both. Sales and streaming, in particular, pay a greater share of revenue to sound recording royalties over composition royalties. So this is an opportunity not to be missed."

According to the listing, this share of the royalties from both albums generated $105,180 over the past year, and has actually increased 21 per cent year-over-year – which is "quite notable for a collection released nearly 12 years ago".

So, if you just so happen to have over $700,000 lying around looking for a home, head over to Royalty Exchange now to check out the auction.

In other All Hope Is Gone-related news, earlier in 2020 Shawn ‘Clown’ Crahan revealed that Slipknot's unreleased 2008 project, Look Outside Your Window – which was recorded at the same time as AHIG, and features Clown, frontman Corey Taylor, guitarist Jim Root and DJ Sid Wilson – will be released on the cycle for latest album We Are Not Your Kind.

“It’s sort of timeless in my opinion, so I try not to worry about it too much,” he said. “I’ve waited this long for it to be right and it just never has. We were going to release it way early on this album cycle, but this one takes precedence. It’s not meant to be confused or watered down for marketing purposes. It’s really just another piece of the puzzle and the imagination that’s missing. People might really need it.”

When asked if it will be released in 2020, Clown replied: “It was scheduled for Christmas but I just quit asking because I don’t want it to interfere with this – and mainly because of what it is. It needs its own space. We’re having a good time enjoying this album and we have no ego with that. It’s just beautiful art that we want to share in the right way. It’s going to come out on this album cycle. It’ll just be this thing that happens and people won’t even know.”