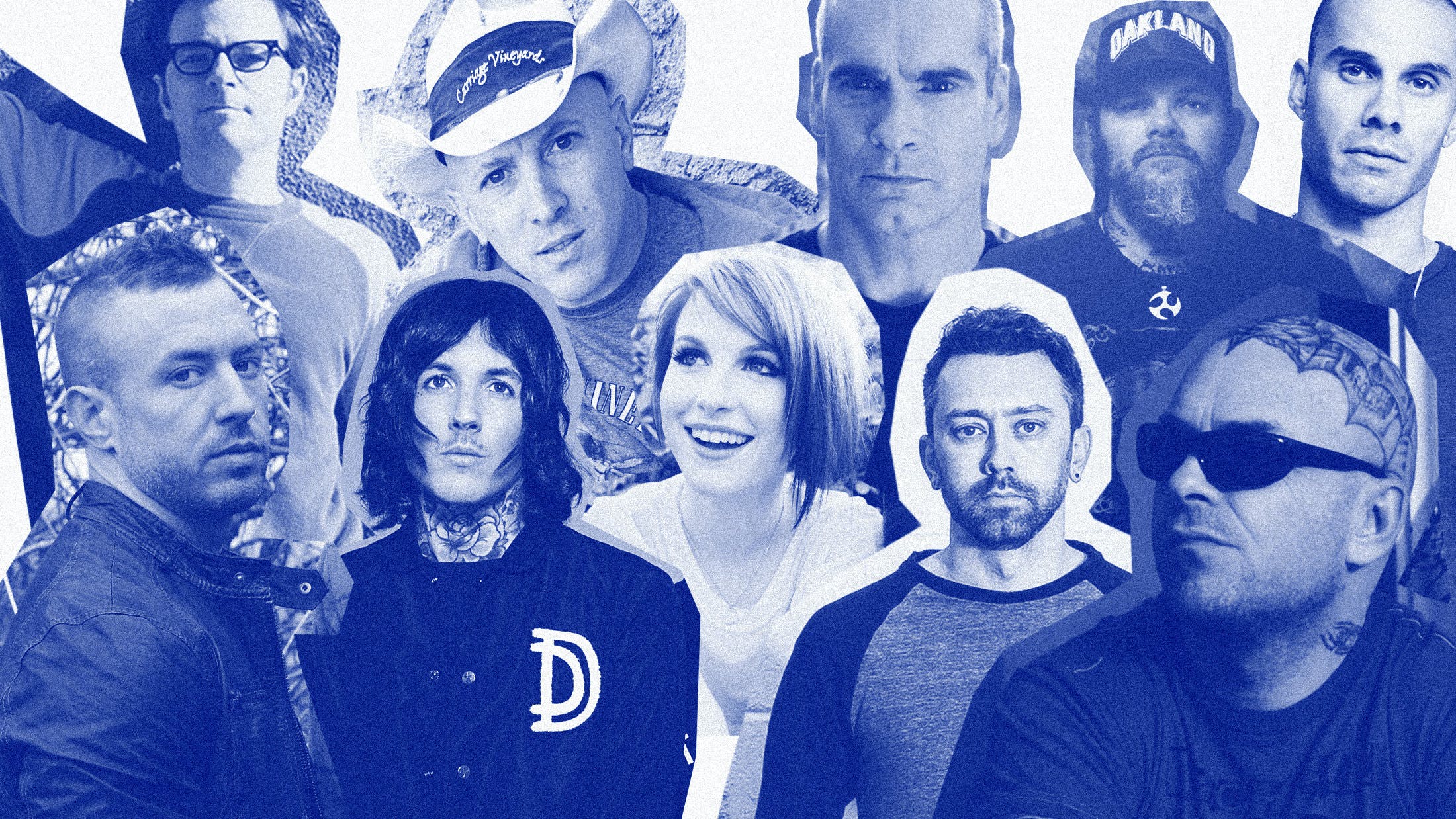 There are plenty of bands out there who have enlisted the help of fellow musicians over the years to add a little something extra to their own songs – from peers they've admired from afar, to their pals in cool bands. And whether they're unlikely or completely inevitable, the following 11 guest collaborations have all been undeniably brilliant…

Rage Against The Machine and Maynard James Keenan – Know Your Enemy

Every track on Rage Against The Machine’s 1992 self-titled debut album is full of fury about the state of world – and the USA in particular. While vocalist Zack de la Rocha has no problem spitting vitriol against the American political system, on this one he gets a little help from Tool’s Maynard James Keenan, who pops up on the bridge. It’s actually the slowest part of the song, but his vocals are full of menace and intensity as things build to the revolutionary clarion call that it’s 'time to pay'.

Speaking of Maynard James Keenan, the Tool frontman enlisted former Black Flag vocalist Henry Rollins for this track from 1993’s Undertow album. It is, as most Tool songs are, an epic and sprawling beast that lasts for more than seven heavy and ominous minutes. Just after the three-minute mark, Henry delivers a spoken word interlude that sounds calm and measured, but which pushes back powerfully against something – perhaps addiction or an abusive relationship – that’s been bringing the protagonist down and which then bursts into a roar of defiance.

Set Your Goals and Hayley Williams – The Few That Remain

'Whoa, whoa guys – is it cool if I get in on this here?' Hayley Williams asks midway through this infectious track from the San Francisco punk band’s 2009 second record, This Will Be The Death Of Us, bringing the song to a momentary halt in the process. Naturally, they let her and the Paramore singer rips into a vicious verse. Obviously it's not actually as spontaneous as it sounds, but nevertheless it’s still an awesome moment that elevates what is already a total banger.

In 2015, The Wonder Years frontman Dan ‘Soupy’ Campbell had one of the biggest beards in music, rivaled only by Jason Aalon Butler’s. So it seemed a natural fit to get the former letlive./current FEVER 333 vocalist to infuse this emotionally vulnerable and highly strung song – from that year’s No Closer To Heaven – with his trademark urgent and intense vocals. What starts out as a slow, mournful affair build into an epic, impassioned crescendo full of raw feeling. Of course, by the time the video was released, Jason had shaved his beard off. Typical.

Simple Plan’s glossy, buoyant pop-punk seems like an unlikely match for Weezer frontman (and king of geek rock) Rivers Cuomo, but anyone who’s been following the latter’s career in recent years will know that Rivers thrives off doing the unexpected. And if you've been paying close enough attention you'll notice that Weezer’s output has become increasingly playful and poppy anyway. In fact, for the fleeting moments he sings here, this sounds almost like a modern-day Weezer song.

While She Sleeps and Oli Sykes – Silence Speaks

Given that Bring Me The Horizon and While She Sleeps have long been the two heaviest hitters from Sheffield, some sort of collaboration was always the stuff of dreams. It finally happened in 2017, on this song from You Are We, Sleeps’ third record. After a furious, breakneck rampage of a beginning, Oli comes in to help Loz Taylor set off an incredibly heavy, epic and powerful breakdown. BMTH might have moved on from pure, visceral metalcore by this point, but Oli clearly hasn’t forgotten how to do it.

Most guest appearances by singers from other bands tend to be one-offs, which is understandable, given the hectic nature of touring life and record cycles. The obvious exception to that rule is Neurosis vocalist/guitarist Scott Kelly, who’s appeared on every Mastodon album since 2004’s Leviathan. We could have chosen any of them, because they’re all great, but this track, from Emperor Of Sand and even at just over three minutes, is such a bone-crushing tour de force that we couldn’t not pick it.

After a couple of wayward, slightly hit or miss albums, Alkaline Trio found their form again with 2013’s eighth album, My Shame Is True. Clocking in at just over two minutes, this track sees Dan Andriano and fellow Chicago native and Rise Against vocalist Tim McIlrath sing alternate lines over rapid, breathless, blink-and-it’s-over punk rock. It’s one of the fastest, energetic songs that Trio have written, and the presence of Tim’s distinctive voice just adds to its intensity.

Long before Tom DeLonge left blink-182 to prove that aliens exist, he fronted Box Car Racer, a band with blink drummer Travis Barker and guitarist David Kennedy (who’d later join Angels & Airwaves). Released in 2002, Box Car Racer showed off a less goofy side to Tom, incorporating more post-hardcore influences into his songs alongside more serious lyrics. This was one of the slower tracks, and featured Rancid’s Tim Armstrong and New Found Glory's Jordan Pundik delivering some of the most forlorn and despondent vocals of their careers.

Almost as unlikely as the metal behemoths making an album with rock’n’roll legend Lou Reed was them employing famed British singer Marianne Faithfull as a backing vocalist. But that’s exactly what Metallica did on this track from 1997’s Reload. It’s a chugging, snaking and anthemic song, propelled by brute force, but which gives way to creepy, witch-like, quasi-Satanic-sounding 'la-da-da's in the middle and the end. That’s also precisely what makes the song so good.

Architects and Greg Puciato – Year In Year Out

Architects are pretty much as brutal and full-throttle as a band can be, so when they enlisted the help of Greg Puciato – vocalist of Dillinger Escape Plan, one of the hardest and heaviest to ever do it – the results were always going to be vicious. The final track from 2011 album The Here And Now, it’s a constant explosion of energy that’s propelled and intensified by Greg’s peerless, throat-shredding vocals. There’s a quiet patch in the middle and the song changes tack for a bit, before stepping up into an insane fireball of noise…