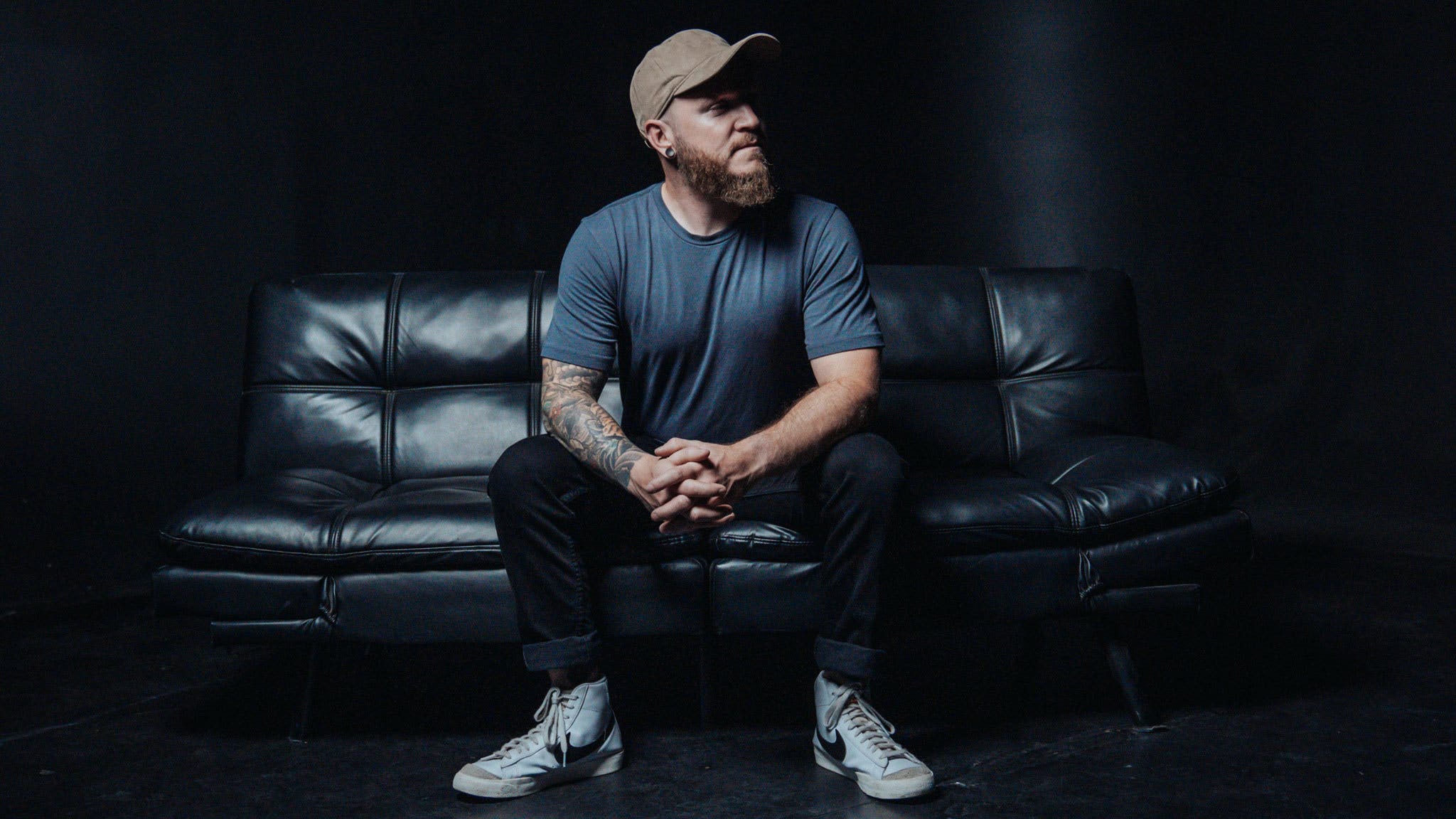 Regularly, we’ll sit down a rock star and ask them 13 randomly-generated questions to dig a little deeper into the more random aspects of their life. And We Came As Romans vocalist Dave Stephens is full of surprises here – from deeper topics like overthinking and the band’s new album Darkbloom, to more light-hearted questions on famous pals, horrible jobs and, um, dirty pants.

1If you were in Slipknot, what would your mask be?

“Oh my god (laughs). I’m trying to think of my favourite scary movie! I guess I would go off Jack Nicholson from The Shining and make something really creepy. That movie scared the hell out of me as a little kid, so maybe I could take his face and make it into like a zombie kind of thing! I watched The Shining again a couple of years ago with my wife and I was like, ‘Wow, this movie is still creepy as hell…’”

2When you were a kid, what did you want to be when you grew up?

“Honestly, a musician. My parents used to take me to this pizza arcade video spot, and they had animatronic animals playing in a band, and I was obsessed with the singer of this band! I would close the curtains in my parents’ living room, and then I would open the curtains and come out and pretend to be the lead singer – it was pretty funny (laughs). I feel like every kid wants to be a veterinarian, which was also me. And when I originally graduated high school I went to culinary school for a little bit, and later in life I wanted to be a chef. But then the band worked out!”

3Where’s the best place you’ve ever been?

“I guess I’ll narrow it down to the place that made me feel the biggest culture shock, and that’s Japan. When we go to Europe, we have a lot of the same customs as you guys – granted there’s differences. But going to Japan, it was like, ‘Oh my god, our cultures are so different!’ It felt like I was on a different planet, and I loved that feeling. I’m super-into different cultures and history and customs. I did a lot while I was there – I’m definitely the explorer of my band, and with Andy [Glass] as well; we get up and wander around all day until we have to do stuff. Japan is a place where next time we tour there, I’d like to stay after the show and spend a week or two there really exploring and doing all the tourist stuff.”

4What is the funniest rumour you’ve heard about yourself?

“Lately, some people seem to think I’m a new member in the band since Kyle [Pavone] passed – they think I’ve replaced Kyle. But in reality I was the founding member – and I don’t think I look that insanely different from when I was younger! It’s kinda funny, we were doing an interview about a year ago and they asked me: ‘So, since becoming the new vocalist of the band, how are you fitting in with the guys?’ And I was like, ‘I’ve been here since day one, dude!’ But it’s okay – people make mistakes!”

5What is the last lie you told?

“Probably last night – I told my wife that I was going to come home right after my hockey game, but the guys and I ended up going to the bar! I kinda knew leaving that that was the plan, so I guess that would be a lie (laughs).”

6What is your worst habit?

“To sum it up, I guess it would be that I overthink. I have a hard time living in the moment because I’m always thinking about what I’ve got to do next, and what the next plan is, and what the next step is – that’s definitely one of my critical flaws. I’ve really tried to work on it, because some of my favourite moments that I’ve ever had in my life, I didn’t realise they were my favourite because I was always wanting more, or thinking about the next thing. That bums me out, so I’ve been trying to slow things down a little bit and enjoy the moment I’m in right now.”

7How long have you worn the same underwear consecutively?

8Who is the most famous person in your phonebook?

9What is the worst job you’ve ever had?

“When I was still in high school I worked at this home-style cooking fast-food place, and I had the meanest boss of all time – I swear to god! This guy was horrible, and he was just a bad person all round. The job was really gross, and I was bottom of the totem pole – I was basically a glorified dish washer at a fast-food place, it was brutal. I was 16 years old and I was trying to buy guitars, and so I really wanted money – I was desperate! I probably did it for a year, and then I moved up: I became a dish washer at a steak house, which is a big improvement (laughs).”

10Have you been in a fight?

“Not like a full-blown fight on the street, but I’ve played hockey my whole life, so I’ve had fights in hockey. I swear I broke my nose one time – I got punched pretty good, and the guy kind of gave me an uppercut or something and the chin strap of my helmet went straight into my nose! I’m not that competitive anymore, though. That was in high school and we were all playing for a chance to maybe make a college team or the NHL or something. But at this point in my life there’s no way that’s happening so I just like going out there and skating with my friends now. If we win that’s cool, but if we don’t, whatever!”

11If your house was on fire, what one thing would you save?

“I would save one my dogs, and my wife would save the other (laughs). It would have to be a team effort because they’re both kind of big!”

12If you had the power to turn the internet off, would you do it?

“No. There are days, of course, where I would love to, but I think more good has come out of it than evil. There’s so many possibilities with the internet now: allowing people to work from home, starting their careers, learning a trade online and going to online school. And I attribute the internet to a lot of the band’s success – a huge reason we’ve gotten to where we are is because of the internet and the way we were able to promote ourselves with it. So no, I can’t say that I would turn it off, even though there’s a lot of times I wish I could!”

13Why should people listen to We Came As Romans’ new album Darkbloom?

“I hate saying the usual stuff that a lot of bands say about ‘It’s our best record!’ but I will say that we’ve had the most to write about, with Kyle passing and then really having time to stew on it and think about it over the couple of years that we weren’t allowed to tour, because of the pandemic. We had a lot of inspiration, and a lot of feelings and emotion, plus the time to make everything perfect. I don’t know that we’ve ever felt so great about a record, and so proud of one. I think our fans will really dig it.”

Darkbloom is out now via SharpTone

U.S. metalcore crew We Came As Romans play through the pain on first album without the late Kyle Pavone...