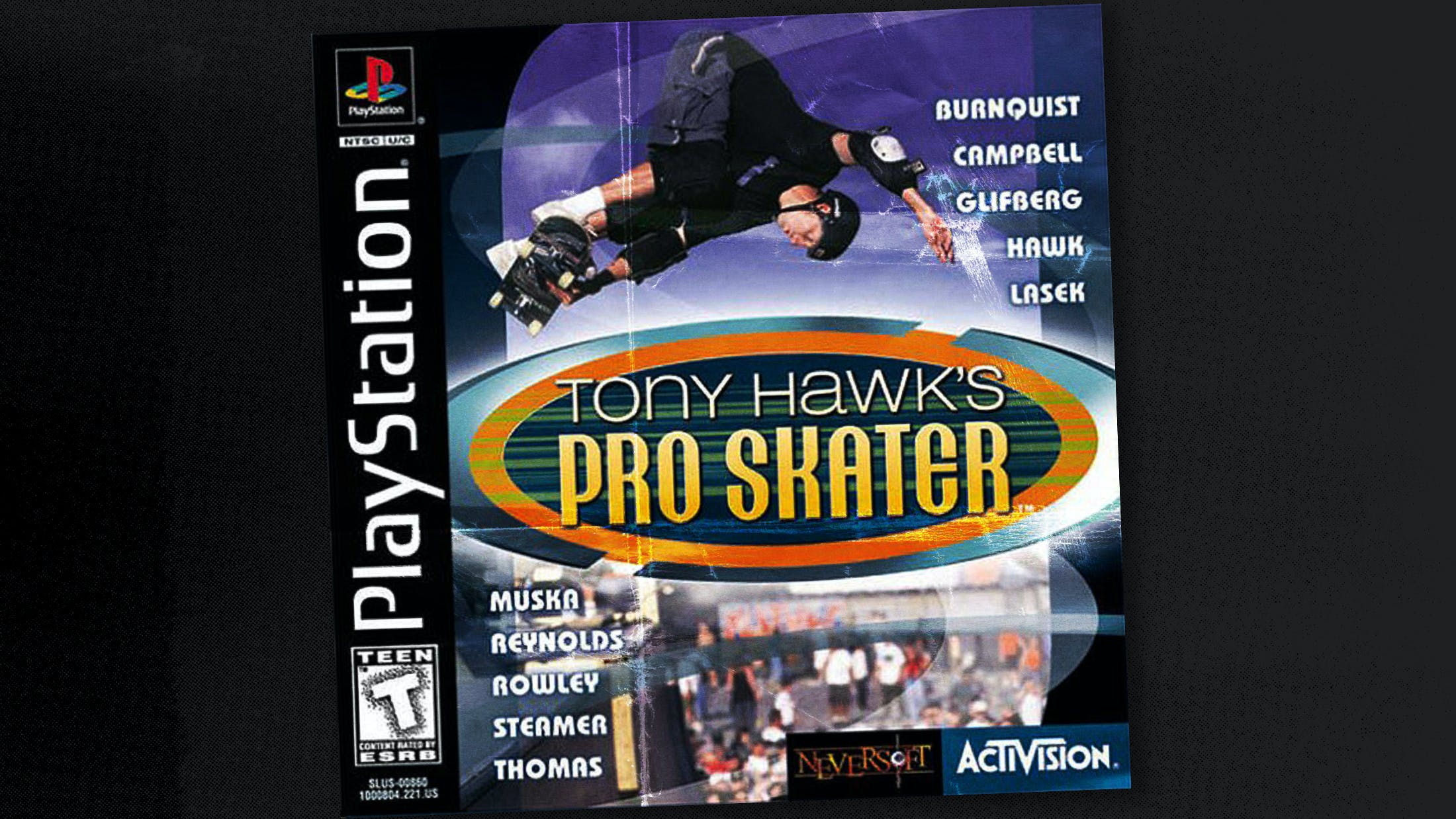 More than being just a gateway to skateboarding, what Tony Hawk and his roster of misfits accidentally created all those years ago was a porthole to a world of alternative music – a method of slipping punk, rock and hip-hop directly through your TV. And the more hours we played it, the more the likes of Goldfinger, Primus, Dead Kennedys, Suicidal Tendencies became etched into our souls. Now, over two decades on, we might not be able to remember where we left our keys, but we can sure as hell recite all the words to Goldfinger’s Superman if it plays within earshot.

To celebrate the corruption of a generation, we spoke to The Birdman himself, Tony Hawk, and the frontman of one of the bands most impacted by the game’s legacy, Goldfinger’s John Feldmann, to get the inside story of the accidental phenomenon that changed the face of alternative culture forever…

Tony Hawk: “The soundtracks are very much in line with my music tastes and my history of growing up skating. Punk music was really closely associated with skating at the time and a lot of the songs on the soundtracks were songs that I heard growing up at skate parks.

John Feldmann: “I have no recollection of being asked to be on the game (laughs). I’m sure I was asked, but we were touring so much and I just didn’t want to go back to selling shoes, so any opportunity to promote my band I would just say yes to. Superman was kind of just a song that we had lying around. Obviously now it’s the biggest song we’ve written but I didn’t have any idea what that song would become. It was never a radio single; its popularity is testament to how powerful and how important that game was for the culture of our scene.”

Nobody saw it coming

Tony: “I was amazed that the game ever transcended just skaters being interested in it, because at the time skateboarding was still pretty underground. To base a game on a sport that wasn’t popular didn’t seem like it could be a success. I just wanted to inspire skaters to buy a games console. That was the goal for me, because I thought they would appreciate the authenticity. But what ended up happening was it inspired a whole generation of gamers to try skating.”

John: “There was no precedent of being promoted through a video game to help your band's career. That really didn’t happen before Pro Skater. It was the first game to showcase so many artists from genres like ska and punk rock.

“Going back through the Epitaph Punk-O-Ramas and the Fat Wreck compilations from that era and looking at bands I grew up on like Circle Jerks, Adolescents and T.S.O.L. and labels like Frontier Records and SST – none of the bands really had an opportunity to really be on the radio, they just had to play shows and release music. Tony Hawk Pro Skater was the most important promotional tool of anything that I’ve witnessed. Even over MTV or Thrasher magazine or things like that. But no-one knew at the time what the game was going to do for anyone’s career.”

The moment it all exploded

Tony: “It was really when I talked to bands that I realised the impact the game was having on them. Primus told me that some people only knew Jerry Was A Race Car Driver. I think of Primus as a really integral part of our skate culture, they did a lot of songs that meant a lot to the skate community – and that song probably wasn’t the first pick that people would associate with them, but that was what they were becoming known for.

“Bad Religion played a big fundraiser for us recently and they said they still can’t play a set without playing You from THPS2. They have a wide catalogue and they’re a hugely popular band but they said they’ve got to play it for fans even all these years later.”

John: “We were at the Academy in Manchester opening for Bloodhound Gang and it was the second time Goldfinger ever went to England… I don’t think anyone really knew who we were. We even talked about not playing Superman (laughs). We hadn’t realised that the Tony Hawk thing had really taken off on a global scale, so it was just in the set halfway through and the crowd just went fucking ballistic. And that was the moment. After the show, I started talking to these kids and they’re like ‘Tony Hawk! Tony Hawk!’ and I was like ‘Oh shit, alright!’”

Tony: “We would get bigger bands, more mainstream artists trying to get in there because they thought it gave them this cool factor and a lot of times they just didn’t fit with the sound that we wanted or the crowd we were looking for. I think some artists just thought it was a badge of honour to be included and the truth is, their sound just mismatched our vibe. I never thought I’d have to be the one turning down big, influential bands. A lot of the time it was big DJs who had enjoyed the soundtrack and hit me up.

“I’d also get endlessly pitched by underground bands wherever I’d go. I’d be at a coffee shop and the barista would be telling me that I really should be looking into their friend’s band for the soundtrack and they thought that was going to be their stepping stone to stardom. Suddenly it was like I was a label guy (laughs).”

Tony: “There are literally two bands that exist right now that only play THPS covers. One is Australian [Birdman Or The Unexpected Virtues Of A Tony Hawk Skater Cover Band], they actually opened up our fundraiser show with Bad Religion, and there’s another called Downhill Jam who just opened up for Zappa at the Whisky in LA. They’re basing their band’s career around our soundtrack… it’s crazy!

“My kids have played the games over the years too, I think my eldest son Riley was probably the one who played them the most because he was of that age. He was influenced by the soundtracks but he was already exposed to all that music just through me, so none of his music taste was a great surprise.”

John: “I want to say that probably three out of five people that know Goldfinger will mention Tony Hawk, say they found us through that video game, and then started listening to our band.”

What life would look like without the Tony Hawk games

Tony: “I think my life would look somewhat similar but without such huge opportunities into my 30s and 40s. I think that I’d still have the skating, I’d just maybe not have been able to do it so consistently for a living for so long. If anything, it allowed me to continue skating on my own terms instead of trying to take every single opportunity or job for minimal pay just so that I could support my family.”

John: “For some reason Superman was chosen on the first level, for the first room you enter in the game. So it became this huge thing for us. But we still had to do the legwork. We still had to play 300 plus shows a year to prove that we weren’t just this one hit Tony Hawk wonder, but I’m so grateful we were a part of it.”

Is this real life?! Tony Hawk surprised fans at a tiny show in London where Pro Skater soundtrack covers band The 900 were playing.