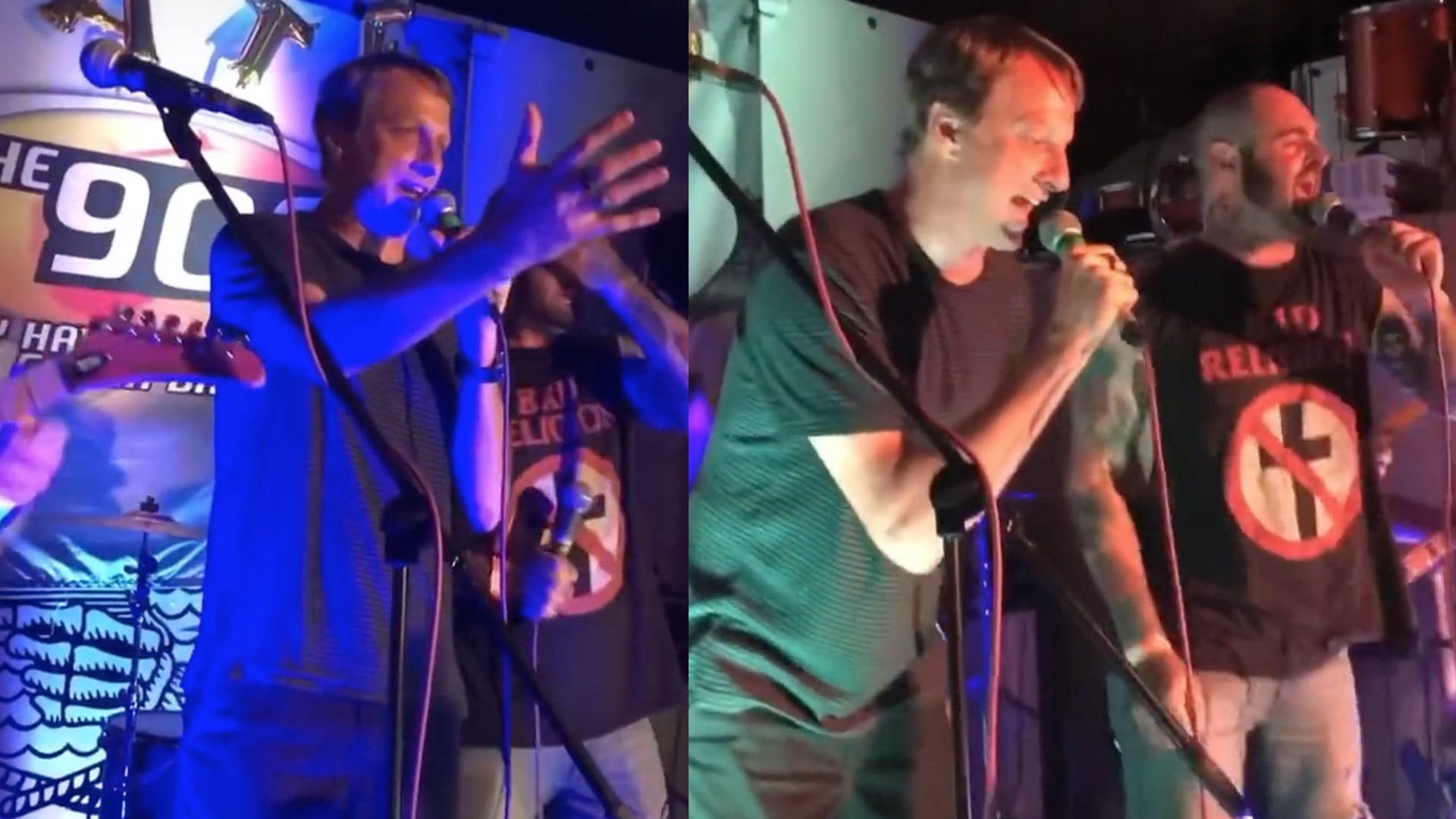 Over the weekend, the actual, real Tony Hawk joined Tony Hawk’s Pro Skater cover band The 900 onstage at a tiny show in London.

The skating icon surprised fans at our pals Signature Brew’s Haggerston venue to celebrate those iconic soundtracks that we all love so dearly. “It’s really been my biggest honour to have these games carry on for so long,” Tony told the crowd. “Hey, and we’re keeping it going, right? I had to join the party!”

He helped play two hugely popular Pro Skater songs: Goldfinger’s Superman and Agent Orange’s Bloodstains. Of the latter, Tony tweeted: “My / our rendition of Agent Orange’s Bloodstains from last night’s show at Signature Brew. This was one of the first punk songs I heard as a kid and it was a catalyst for shaping the soundtracks to THPS games. Thanks to The 900 for summoning me to the stage!”

Signature Brew, meanwhile, posted of the whole thing: “Not gonna lie, when we booked a Tony Hawk soundtrack cover band, we didn’t expect actual Tony Hawk to show up in London and cover Goldfinger with them. Sorry, what just happened??”

A very valid question indeed. Watch the footage – which has since gone viral – below:

Read this: An oral history of the Tony Hawk’s Pro Skater soundtrack, by Tony Hawk and John Feldmann

An oral history of the Tony Hawk’s Pro Skater soundtrack, by Tony Hawk and John Feldmann

Two decades ago the Tony Hawk Pro Skater soundtrack changed the game; here, Tony Hawk and Goldfinger’s John Feldmann talk us through the music contained within.