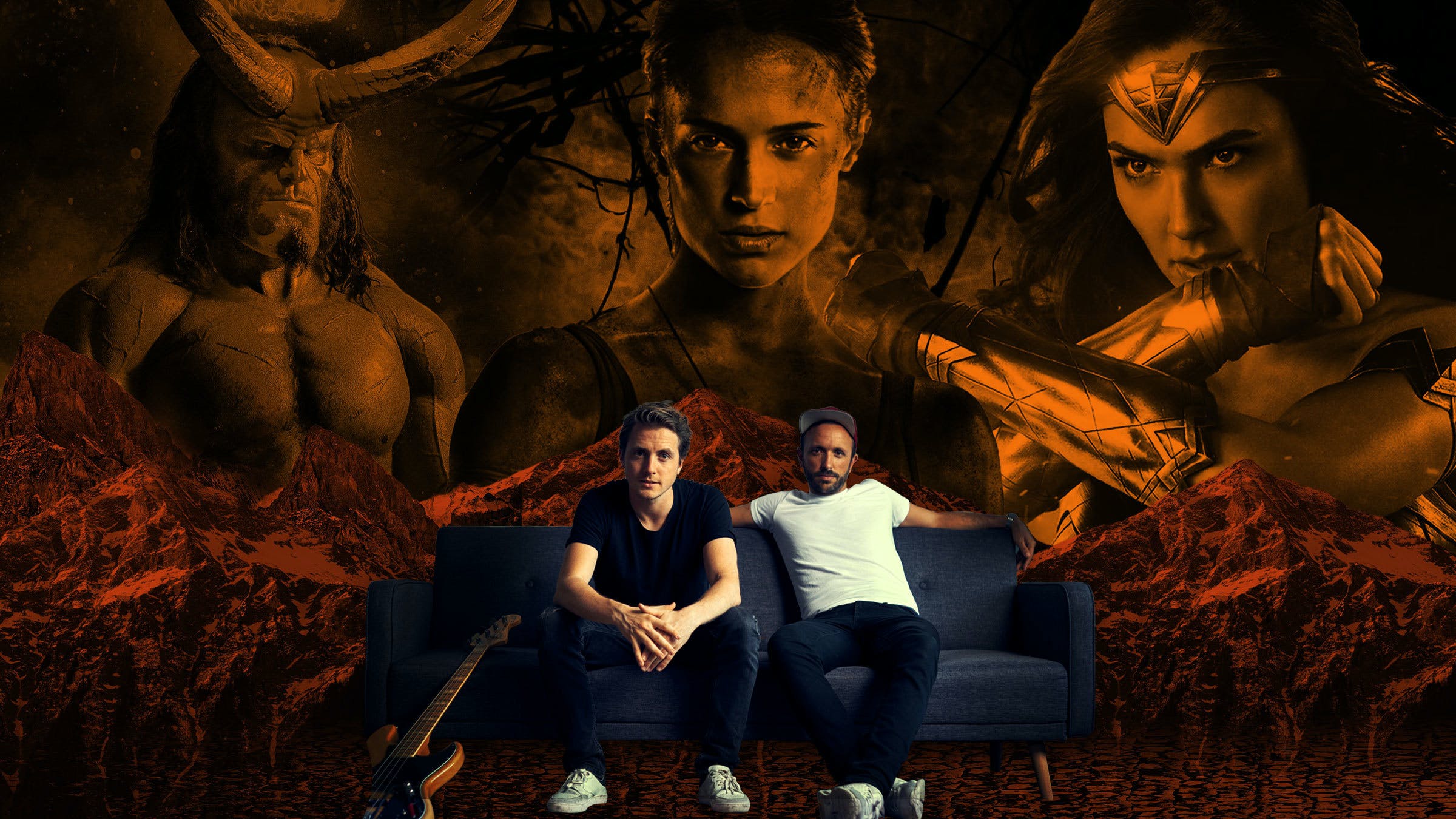 Any rock or metal fan with even a passing interest in comic books or horror movies has watched the new Hellboy red band trailer at least five times. And for good reason -- the new iteration of Mike Mignola’s classic world-ending paranormal investigator looks rad as fuck (there’s also a scene where someone gets their fucking soul punched out). But what made the preview more gripping and powerful than most was the epic orchestral version of Deep Purple’s Smoke On The Water featured therein, which used a mix of classical bombast and early metal’s brooding groove to add a cool new dimension to Hellboy’s satanic everyman attitude.

That cover version comes courtesy of 2WEI (pronounced ‘zwei’, German for two), the Hamburg- and Los Angeles-based composer team founded by Christian Vorländer and Simon Heeger. But Smoke On The Water isn’t the first time you’ve heard 2WEI’s epic rock and pop covers in a movie trailer -- their haunting renditions of pop tracks like Beyonce’s Survivor and Coolio’s Gangsta’s Paradise have appeared in trailers for massive properties like Tomb Raider, Luther, and Valerian. And that’s not even counting their original music for Wonder Woman and Mad Max: Fury Road, as well as the dozens of commercials they’ve scored. Now, 2WEI stand at the forefront of “epic music”, a new genre that turns grandiose and inspiring classical compositions into digestible songs perfect for pumping iron and navigating the subway.

After watching the Hellboy trailer for maybe the fifteenth time, we reached out to Christian and Simon to find out how they bring their pummeling tracks to life...

How did you two come together to form 2WEI?

Christian Vorländer: We met in college 14 years ago, and started making music together. We always had this plan of eventually starting up a studio on top of a surf shop on Venice Beach at some point. We both ended up here but at different times -- Simon ended up in a recording studio, but when I came over he was leaving the country, so we basically high-fived at the airport and went our separate ways. But then I was here, working for almost six years on movie scores.

Then, three years ago, finally, I moved back to Germany, and we said, ‘If it’s not going to happen now, it’s never going to happen.’ That same week, Simon quit his job, and we started working together. Now we’re pretty close to our dream from back then -- we have a studio, and it’s not over a surf shop, but it’s a block away from the beach in Venice.

How did your signature epic sound develop? Was it always part of your music, or was it something you defined over time?

Simon Heeger: Well, when he was in LA, Christian worked at a studio called remote control, which is Hans Zimmers’ place. Hans is a huge film score composer, and together with another composer named Junkie XL, he was working on big movie scores like Mad Max, which had this big, epic orchestral sound. When we started working together, we asked ourselves, what’s our specialty? We still wanted to do commercials, but we also wanted to create big Hollywood soundtracks. And we came up with doing trailers, which is something we never really thought about. Christian already had the skillset, so we started working on that sound, and it was very well received.

Christian: We didn’t know there was actually a fanbase listening to this genre, which is now called “epic music”, when they work out or play video games or study, which is actually pretty funny. We approached it as writing songs, so all the pieces are three to four minutes long, so you actually like listening to it. It’s not a minute long like a commercial. Especially with the last album, which is primarily cover songs, it’s basically a mix of classic film scores and classic songs.

Are there specific instruments, or combinations of instruments that help add your distinct gravitas to a piece?

Simon: Of course, it’s a lot of drums. We record a lot of drums, and try to make it sound like a drum ensemble. It has to be carefully written for a drum ensembles. And then we use a lot of low brass instruments that we combine with electronic brass, or treated brass sounds. So it’s a mix of organic sounds and highly-processed sounds, with a lot of bass. When we use guitars, they usually blend in with our orchestral stuff. The goal is to create on big sound instead of twenty individual instruments.

What is it about a pop or rock song makes you want to create a cover version of it?

Simon: All the songs we cover have something recognizable, a riff or a hook, something strong that everybody recognizes. The very first one we did on our first album was Gangsta’s Paradise, and for that we didn’t use any of the lyrics or vocals, we just used a four-bar loop of the choir. Everybody knows that, but they wonder, “Where do I know this?” because it’s in such a different context when accompanied by a 50-person choir and epic drums. We like the change it so much that it feels fresh, but still feel respectful and close to the original. We never want to change that epic riff, just put it into a different context.

Smoke On The Water is an interesting choice -- it’s not as pop oriented as some of your other tracks, but everyone knows that riff.

Simon: What we did is, we focused on the main riff first, because it’s the most iconic. But then, towards the end, there are different chords and new elements in it that are interesting and exciting. These classics that everyone knows are sometimes the hardest -- you don’t want to mess with a classic and ruin it.

Have you ever been approached by a rock or pop star being like, ‘Hey, guys, I love this cover’?

Christian: Unfortunately not, but when we released Survivor, Beyonce had to give approval for that song. We heard from her management that she never approves covers of songs, and that this was one of the first covers she’s ever approved. That means a lot to us of course.

Simon: The same with Gangsta’s Paradise -- the original riff in that song is from Stevie Wonder, and he had to approve it. To know that he heard our take on the riff and gave it a thumbs up is pretty cool to us.