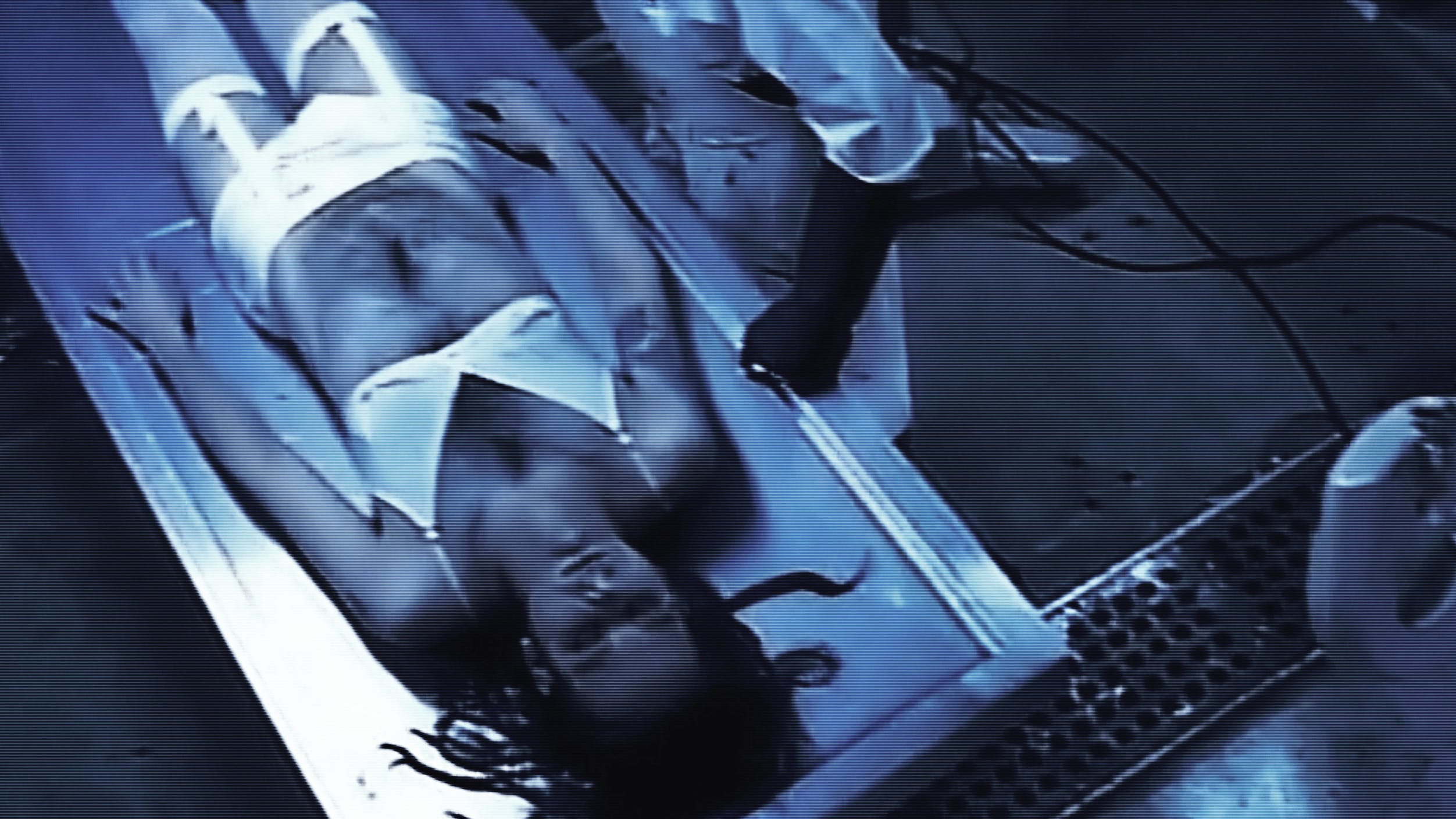 Music videos often see bands living out their wildest fantasies, with every shot, every angle, every cut designed to flatter and impress, to present even the most underwhelming of acts as stadium-filling superstars.

Something you don’t see a lot of them doing is choosing to kick the bucket in their videos. It makes sense – you run the risk of really upsetting fans, not necessarily delighting people from the TV networks, and tempting fate that your video death will be a metaphor for your band’s career.

Some have gone for it though, with horrible/funny/grotesque results…

It wasn’t the endorsement of theft that got the original version of the M+M's video removed from TV, but the bloodbath at the end. A baby-faced blink start the day by burgling their model girlfriends, then after a jolly nice day out end up in a gun battle with them in a car park. It’s not even a revenge thing – weirdly it’s the band members that fire first, so the ethics of this thing are all over the place. The version seen on telly removed the whole gunfight, while the uncut version ended up on a whole load of early-’90s skate and surf videos.

The original concept for the video involved no less firepower, with Tom DeLonge recalling: “I wanted the M+M's video to be fifty guys lined up, and have us shooting at their nuts. Just a whole video of slo-mo close-ups of these guys' nuts exploding."

The band are less trigger-happy these days – Mark Hoppus recently boycotted FedEx over their continued support of the NRA.

Bloodhound Gang – The Incredible Return Of The Great White Dope

As heard on the soundtrack to the first Scary Movie, hence the appearance of Ghostface, the Great White Dope video features the whole lineup of Bloodhound Gang being systematically murdered by Carmen Electra while doing every crap hip-hop cliche in the book and, in the case of frontman Jimmy Pop, wearing some of the worst shirts ever broadcast.

After spending the majority of the ’70s-inspired Long Road To Ruin video wistfully singing while driving his Jaguar around, Dave Grohl’s “Davy Grolton” accidentally drives it off a cliff, where oddly it becomes a (much cheaper) 1990s-model Porsche, exploding on impact.

One album cycle later, the Foos’ shoutiest song and most VHS-tastic video, White Limo, features the band being driven around LA in the titular vehicle by a heavily-boozing Lemmy (RIP). Even if he was still around (awwww), it’s safe to say that getting into a car he was driving would be a terrible idea. That fella liked a drink. He had a great many talents, but being sober enough to drive wasn’t one of them. Sure enough, Lemmy takes the wrong turning and… it’s the same crash as in Long Road To Ruin. Not a white limo anymore, a red car. Brilliant, silly and above all, frugal.

The version of the Cosmopolitan Bloodloss video that aired on television had a markedly different ending to the original one – the uncut version features Vincent Gallo gunning the band down one by one in retaliation for being woken up, while the edited version ends with him merely glowering at Daryl Palumbo and co. He’s good at glowering, is Vincent Gallo, and you’d feel bad if he did it at you, but but you’d still rather be on the receiving end of that than a ruddy gun.

Korn don’t actually die in the A.D.I.D.A.S video – they’re grey and covered in flies from the get-go, following a collision with a pimp-driven car filled with sex workers. Why is it a pimp-driven car filled with sex workers? Because it’s Korn. Their bodies are transported away by porn-reading policemen (because it’s Korn), and examined by a coroner played by the guy who played Lurch in the Addams Family films, who discovers lead singer Jonathan Davis is wearing lingerie (because, yeah). It’s, honestly, a silly video for a silly song based on a silly playground backronym. It’s still fairly ’orrible, though – look at the flux capacitor-esque stitched-together autopsy scars.

Everyone’s alive at the end of the Reservoir video, but only just – does it count if a band member is briefly dead, and brought back to life by a defibrillator than an audience member handily had on them? Toronto punks Pup spend the video getting grotesquely hurt by their own music – bass strings twanging through flesh, fingers being severed on a hi-hat – culminating in lead singer Stefan Babcock taking a shard of cymbal to the back.

Slipknot – The Devil In I

A new set of masks were debuted in the first proper video from .5: The Gray Chapter, as well as two new band members. Never a band do do things by halves, Slipknot welcome the new members with a good old-fashioned group stabbing, and all proceed to die in various grim ways. Ripping one’s face apart, getting pecked to death by crows and being savaged by hounds are among the fates that befall the ’Knot, along with a few big-ass explosions and a spot of self-cannibalism. Shawn 'Clown' Crahan does a a two-for-the-price-of-one by hanging himself while on fire, which is about as “don’t try this at home” as anything gets.

Suicide Silence – You Only Live Once

It’s a strange experience watching this video now – when it came out it was just a big, silly, over-the-top, violent clip accompanying a total racket of a song, but since the death of poor Mitch Lucker it’s a difficult watch. The concept is simple: the band perform in a firing range while getting shot at with handguns, shotguns, gattling guns and even arrows, continuing to perform as massive torrents of blood spray from their bodies. It culminates, as so much does, with a priest firing a rocket-propelled grenade. It’s a great video, but these days you can’t help but will for everyone shooting at Lucker to miss.

[Honourable non-rock mentions include the video for Yonkers by Tyler The Creator (in which Tyler hangs himself), Last Request by Paolo Nutini (who get shot by policemen), Houdini by Foster The People (who are crushed by stage equipment then have their bodies marionnetted into performing) and Russian Roulette by Rihanna (who gets shot in the neck underwater).]