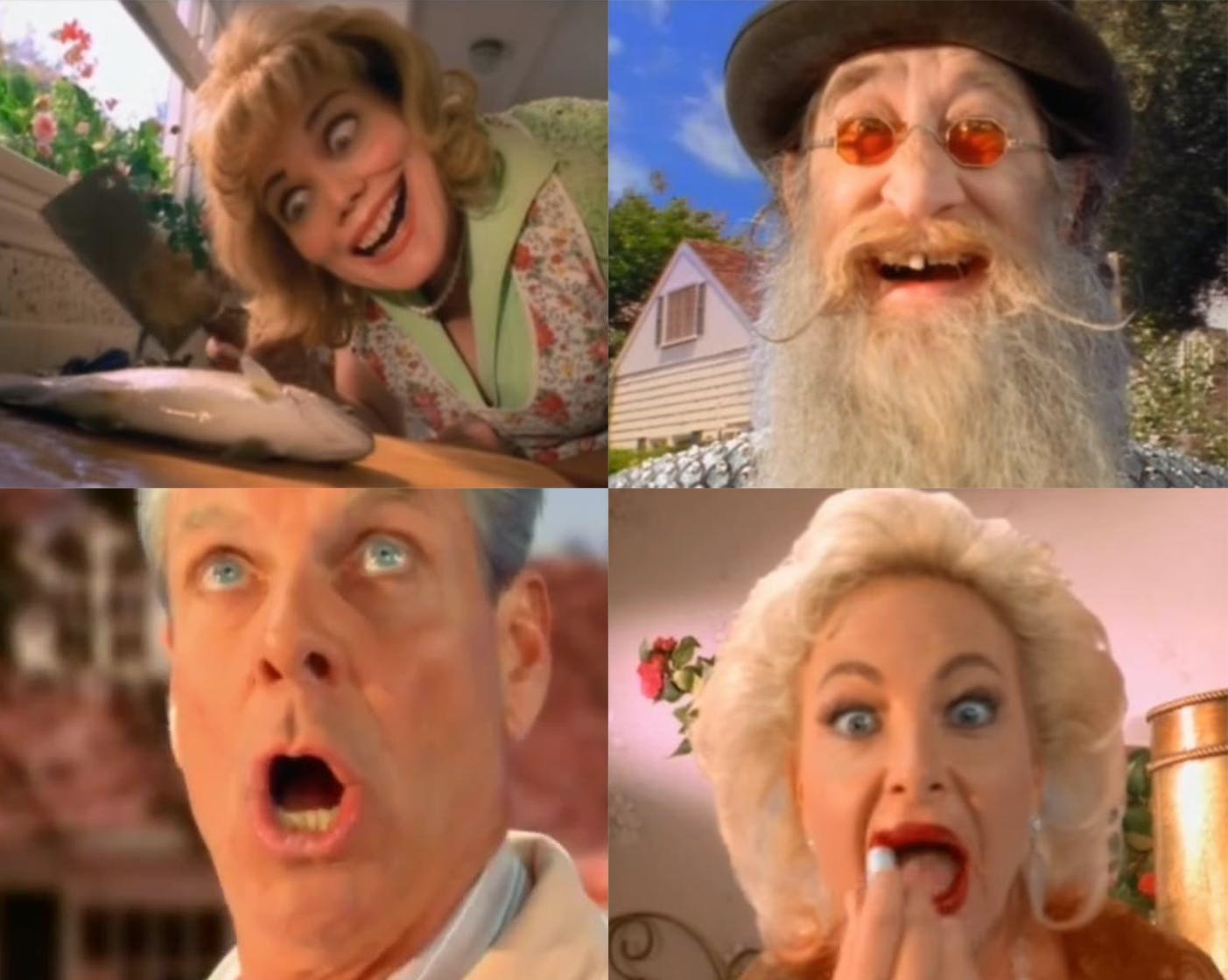 When the world lost Chris Cornell in 2017, we lost one of the greatest voices in rock. Probably the greatest singing voice in all of rock ever, in fact – Axl Rose, Alice Cooper and Eddie Vedder are among those who cite him as the single greatest singer we ever had. Kurt Cobain used to try to sing like him.

Cornell fronted Soundgarden, a massive influence on the grunge world (although, more experimental and musically talented than a lot of their peers, they rejected the grunge label as a marketing gimmick), then Audioslave with former members of Rage Against The Machine, as well as releasing a bunch of solo albums.

He fit a lot into his tragically-cut-short life. He owned a Parisian restaurant and a record label.

He did the only James Bond theme to ever go to Number One in the UK. He co-wrote a screenplay. He introduced Eddie Vedder to the rest of Pearl Jam. Garbage wrote a song about him. Two romantic comedies took their titles from his lyrics.

Through it all, he battled with addiction issues and crippling depression, two subjects he spoke openly about and did his best to help others through. When an artist takes their own life like Cornell did, it’s tempting to look back through everything they did for clues and statements of intent – something Cornell was very aware of, telling Rolling Stone after Cobain’s death “It’s sort of a morbid exchange when somebody who is a writer like that dies, and then everyone starts picking through all their lyrics.”

Happily, Black Hole Sun is, by Cornell’s own admission, largely devoid of meaning, just a magnificent songwriter letting words take him where they take him, accompanied by both melodic and thunderous guitar, and it’s awesome, and everyone in the video has big terrifying eyes. Let’s go for it.

0.02
Well, this seems pleasant enough, a landscape of OH IT’S GONE… wait here’s another one… OH THERE IT GOES.

0.14
It’s all feeling a bit apocalyptic, isn’t it? A rippling red sky, what looks like a galaxy-sized eye, it’s all very foreboding...

0.18
Ah, it’s some, like, Rapture-ists or something. You don’t see people holding signs saying things like “THE END IS NIGH” anymore, possibly because it’s all so obvious now (we are killing our planet and every decision we make is awful, holy shit).

0.24
Look at this happy man, with his lawnmower. He’s… he’s unsettling.

0.28
Oh shit, it’s all kicking in. Of the song itself, Cornell said, “If you read the lyrics to the verses, it’s sort of surreal, esoteric word painting. It was written very quickly. It was stream of consciousness. I wasn’t trying to say anything specific; I was really writing to the feel of the music and accepting whatever came out.”

0.34
Oh nooooooo, it’s not nice, the man with the eyes is scary. Director Howard Greenhalgh, the man behind this grossness, has also worked with Iron Maiden, Muse, Placebo and System Of A Down.

0.35
'Boiling heat' accompanied by a pot boiling over is the most on-the-nose moment in the video. Greenhalgh said in a 2010 interview "With anything, it’s the lyrics that are everything. You pray that there are good lyrics in a track because that leads you immediately to what you’re going to do."

0.50
Cornell’s being all creepy and all. “I ate some cottage cheese that turned, and I wrote those lyrics” he said of Black Hole Sun. “It's just sort of a surreal dreamscape, a weird, play-with-the-title kind of song. Lyrically it’s probably the closest to me just playing with words for words' sake, of anything I’ve written. I guess it worked for a lot of people who heard it, but I have no idea how you’d begin to take that one literally."

0.57
In comes the chorus. “It’s funny because hits are usually sort of congruent, sort of an identifiable lyric idea, and that song pretty much had none” Cornell told RIP Magazine. “The chorus lyric is kind of beautiful and easy to remember. Other than that, I sure didn’t have an understanding of it after I wrote it. There was no real idea to get across."

1.28
Despite claiming a lot of the song to not really mean anything, the line 'Times are gone for honest men' was one that had a bit more to it for Cornell. “It seems like noble people are quashed” he said in an interview.

1.45
All the weird disorienting shifting layers come courtesy of Greenhalgh, a special effects dude that puts together hella high-end car commercials and stuff. One of the first videos he did was Liberation by the Pet Shop Boys, which used at-the-time pioneering video game style graphics. It looks very dated now, but blew minds at the time.

1.55
“No one seems to get this, but Black Hole Sun is sad,” said Cornell. “But because the melody is really pretty, everyone thinks it’s almost chipper, which is ridiculous."

2.12
A fairly haunting bees/death/skipping vignette, there.

3.18
Some of these effects don’t quite hold up in futuristic 2019, but bear in mind this video was made in 1994, 25 years ago. Computers could only show about six colours, and all weighed a quarter of a ton or more, and cost a million quid.

3.20
Kim Thayil’s rad as hell. His big fuck-off riffs were massively instrumental in the forming of grunge, with numerous Seattle guitarists trying to do what he did, not the easiest of tasks. Despite this huge influence, he remained fairly modest, telling Guitar School in 1994, as grunge was at its peak, "I think Soundgarden is a pretty good band and I'm a fine guitarist. I'm not God, but I'm certainly not average. I feel very comfortable with the fact that not many other people can do what I do on guitar. I think my guitar is happy with the way I play it."

3.34
That necklace Cornell is wearing is a fork. "It was given to me by the late Shannon Hoon [Blind Melon singer], who fashioned it out of a fork he got in Denny's on the first tour Blind Melon ever did, which was opening for us” Cornell told Kerrang! in 1997. “I really liked it, but I stopped wearing it after he died [in 1995]. Because the other thing I wore was this ring that belonged to [Mother Love Bone singer] Andy Wood, who died. It's like, I don't wanna wear these fucking things from people who died. I've had people throw fork necklaces on stage. I've seen hundreds of those forks, but it always reminds me of Shannon. They're making them cos they're thinking of me, but really it's him. Which is cool."

3.39
What does the title even mean? Cornell told Entertainment Weekly in 2014 that it came from a misheard news report. “I had misheard a news anchor, and I thought he said ‘black hole sun,’ but he said something else. So I was corrected, but after that I thought, ‘Well, he didn’t say it, but I heard it.’”

4.18
DON’T DO THE BIG EYES THING TO THE DOG! THE DOG’S DONE NOTHING! LEAVE THE DOG ALONE! JESUS CHRIST!

4.30
It’s really horrible. A baby’s just been struck by lightning and turned into a sort of nebulous ethereal bubble.

4.31
Cornell subliminally reminding us all that Soundgarden’s Jesus Christ Pose is also excellent.

4.47
Kim Thayil told Guitar Magazine in 1996: “We've been disappointed with most of our videos. There were a couple we were really satisfied with – Black Hole Sun we were satisfied with, and Jesus Christ Pose as well. Most of the others we were like, ‘Well, whatever.’”

5.20
Cornell and the rest of the band didn’t think they had a hit on their hands, let alone the song that would become most synonymous with them. “I didn’t think in terms of hits then, and I didn’t think tempo-wise or lyrically as Black Hole Sun being something that could be a hit” he said in 2014. “Maybe a single at some point late in the release, like an afterthought single. Sometimes when a record has been out for a while, right before the record company decides to stop promoting it, they’ll do one last single that’s different, like something for the fans or whatever. That’s what I thought Black Hole Sun would be. But once we started mixing and mastering it and playing it for friends and the record company, everyone was singling that song out. So it started to occur to us that it might be a single that would have broader appeal. But definitely not lyrically. When I think of hit songs, they have to be somewhat anthemic in the world of rock, and I didn’t see Black Hole Sun as being that.”

As luck would have it, the world heard more in the song than Cornell thought was in it, and there we go, a song that rules just as much a quarter of a century after coming out as it did at the time.