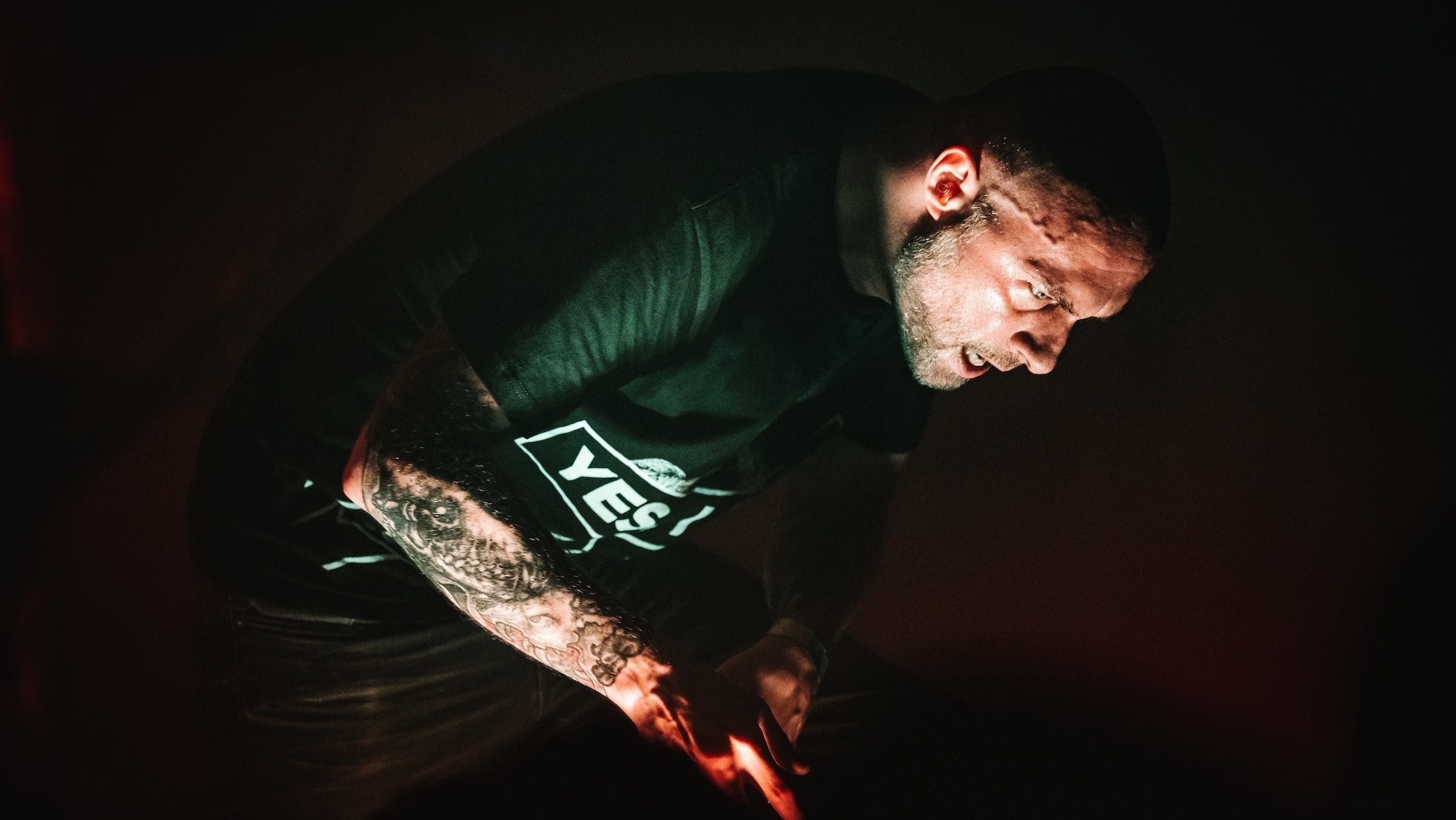 The crowd definitely trickles into the Knitting Factory this Monday night in Brooklyn. Resistance to the early weeknight hangs in the air; those fans who do make it out early are bleary-eyed and move a little slow. But the easy bail helps eliminate the casual fans, late-night tourists, and industry horde, so that even though the back room only ever gets two-thirds full, every person in attendance is a diehard fan. With a band as ruthlessly insane as Belgium’s Aborted, backed by a line-up of Canada’s Cryptopsy, Italy’s Hideous Divinity, and Staten Island’s Torturous Inception, the real fans will risk an exhausted work week.

Torturous Inception seem to be having a fun time, playing their distinct lumbering, to-the-point brand of death metal. Between the Monday night and the noise curfew, the band go on early and only play to a handful of punctual fans. Still, they keep their humor to the last, and part with a good-natured, “Everybody get drunk tonight.”

Hideous Divinity from Rome take the energy up a notch, blasting through a tight set of extreme groove medal. Vocalist Enrico Di Lorenzo riles up the crowd with both his fierce vocal displays and his dramatic leaping around the stage. The music is still almost a little nuanced for the crowd, who are here for a sheer deluge of guts, but the crowd builds as the Italian quintet play, and applaud excitedly as the band finishes their set.

Cryptopsy are the band most people seem to be here for -- the room fills tightly when the band comes on, with most of them pushing to the from by the stage. Frontman Matt McGachy brings a steady growl from his post up front, though he at times seems a little off-tempo in his speedier barking. The band play a solid mix of classic tracks like Cold Hate, Warm Blood and Phobophile with tracks from their most recent two EPs, and the fans are surprisingly as enthused for the latter as they are for the former.

Aborted’s stage set-up is somehow both spectacular and vital. Their blacklight-reactivce backdrop featuring the cover art from their latest album and the two standing cabinets filled with what look like corpses who’ve necrotized in bathtubs are cool to behold, but only made incredible by the insane, energetic display of balls-out death metal put on by this band. Frontman Scen de Caluwe is an absolutely maniac, inviting the crowd to join him in “a blastbeat party” between growling so hard every vein and muscle on his neck and face bulge dangerously. The band’s no-fucks-given madness does an extra cull of the audience, so that only total gore freaks ready to mosh until they literally collapse are left.

By the end of Aborted’s set, it might as well be a Saturday night given the excitement of the room. Fans whoop, holler, and smile as they wander out and try to make it to the L Train before it shuts down. A big metal party is always fun, but sometimes a laid-back Monday night with the sickest music on earth is just the ticket.

German metal producer Kristian Kohle describes the ins and outs of working with bands like Aborted.