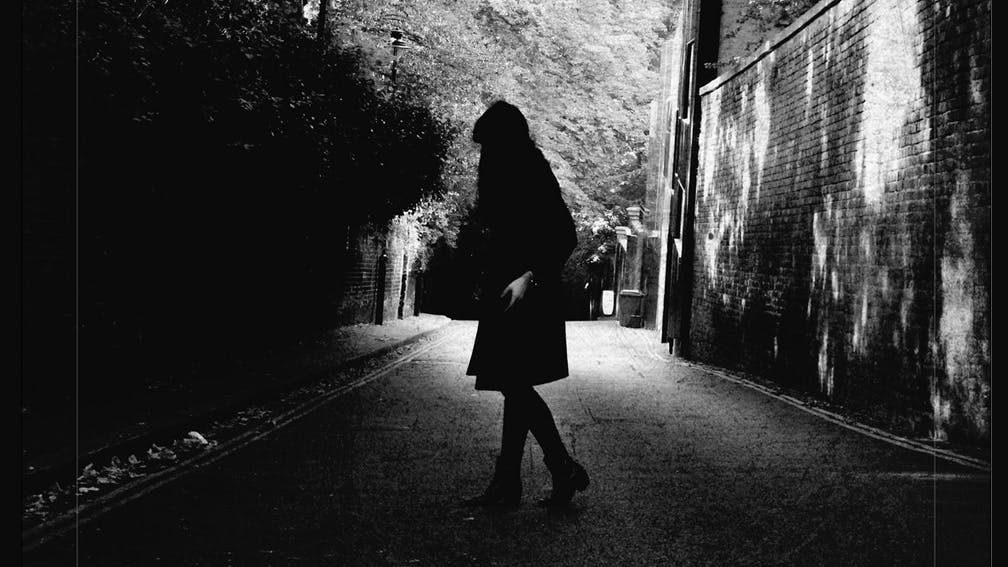 In some ways, it was almost perfect timing that A.A. Williams' Forever Blue debut landed just as the world realised that COVID wasn't going to be a short-run thing. The intimate, close melancholy of the London singer-songwriter was already something beautiful to which one could escape the noise of the world. As perspectives and lives changed and loneliness became much more of a feature of daily life, the mood of her frail, shadowy songs became the perfect reflection of those moods, a hug of sound.

As a lockdown project from her London home, she began taking requests for covers that might work when draped in her soothing piano and guitar arrangements and topped with her glacial voice. Predictably, it was good. Some were more obvious than others – Radiohead's Creep is a gimme, Deftones' Be Quiet And Drive (Far Away) more an idea that yields a penny-dropping 'Oh yeah' after the fact – but all landed in the same gorgeous space when put through her filter. Here, she's gathered together nine tracks that have transitioned so well into her own world and gently sealed with her identity that, were they not already familiar in their own right, they could be the work of one single mind, rather than so many gathered across decades and musical movements.

Perhaps the greatest strength shown here is that, other than the cosmetic shifts of taking songs largely played on loud guitars and mellowing them out by massaging them with piano, not much has actually been done to make them so. And yet, it's through these simplest touches and tweaks that they both take on a new face, and amplify the qualities at their core. Pixies' Where Is My Mind? and the aforementioned Deftones cover are presented here as fireside laments, while still retaining the feeling of the original. And where something is already on the mellow side – Nine Inch Nails' Every Day Is Exactly The Same, The Moody Blues' Nights In White Satin – they're expanded and taken to an extent where they truly breathe anew.

A.A. Williams has already proven herself a brilliant artist whose skill with darkness, pensiveness and fragility has made her music something that genuinely touches the listener in a way only those rare musicians can. But rarer still are those who can apply their personality to another's songs and make them theirs simply by sitting down and playing them. Here, she has done so to nothing less than a triumphant degree.

Songs From Isolation is out now via Bella Union

A.A. Williams shares cover of The Pixies' Where Is My Mind?

It's the latest preview for A.A. Williams' Songs From Isolation covers album...