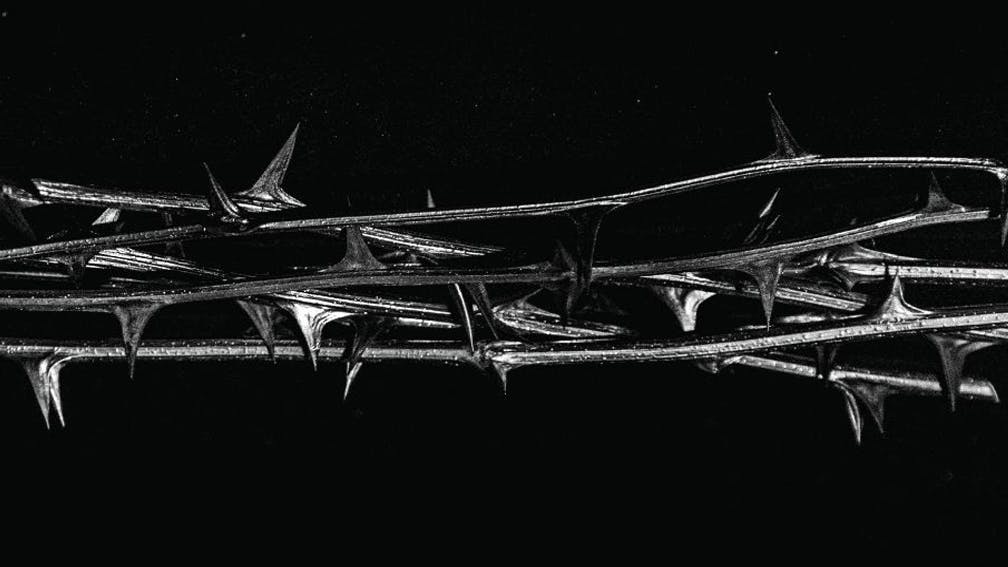 For 21 years, Belgium’s Amenra have been creating sludge-tinged hardcore so visceral and explosive that every album they release feels momentous in impact. De Doorn (the thorn) is absolutely no exception to the rule – not only is this their debut with Relapse Records, it’s also a shift away from their traditionally-named Mass albums. Having cycled through Mass I to VI, De Doorn feels like a departure from previous material, and so a change in name is suitably apt. Less rigid in structure, it’s bathed in poignant moments of soft ambience which lend a shimmering luminescence to frontman Colin H. Van Eeckhout’s cleanly sung vocals. As a result, in the moments where Amenra finally do lose control and feel just a little heavier, Colin’s animalistic screams come over a touch more feral.

There is something cathartic about De Doorn, a sense that the band have allowed themselves more creative freedom, and as such this is the closest to a live experience of Amenra a studio album has ever got. The feeling of anticipation builds steadily as this opus progresses, finally letting go on closing track Voor Immer (forever), the aural equivalent of a lungful of fresh air after a long time spent holding your breath.

While this is certainly different from anything they have released previously, it is unmistakably an Amenra album – they’ve lost none of their razor sharp edge and are every bit as crushingly oppressive as they’ve always been. However, De Doorn has allowed for them to explore a much wider range of the emotional spectrum that their music is skilfully able to express and, as such, breaks down the boundaries that they have spent decades expanding on and pushing the limits of.

For fans of: Neurosis, Cult Of Luna, Oathbreaker

De Doorn is released on June 25 via Relapse.

READ THIS: Neurosis' Steve Von Till: "We want to sound like the entire breadth and depth of the human experience"