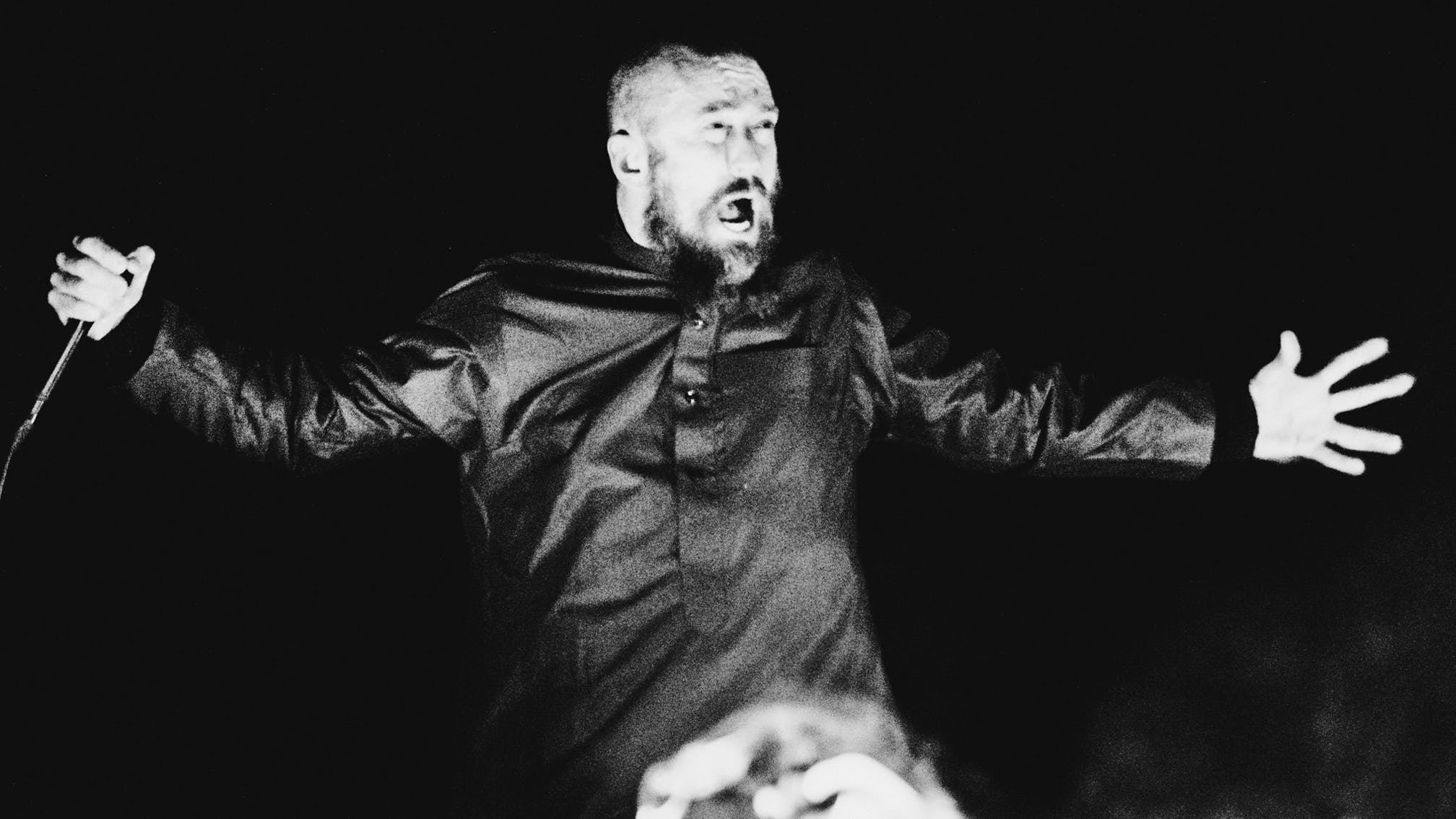 For more than two decades, Belgian hexad Amenra have been reinventing the genre of hardcore. Their newest and seventh album De Doorn (the thorn) sees them turn that reinvention inwards with a view to expand the musical journey they embarked upon 21 years ago.

While their influences stem from the obvious likes of Neurosis, Tool and Crowbar, their aim as a band is slightly more complex – evolving from humble beginnings to incorporate mixed media, invoking as intense an emotional response as possible.

“We played in hardcore bands before this, we were skaters, and then we got into the straight-edge hardcore scene here in Belgium that was rather big in the early ’90s,” explains vocalist Colin H. Van Eeckhout. “But we evolved, we were inspired by ’90s screamo. We wanted music that was more emotionally driven but still heavy music, and so we started Amenra.

“The thing that we knew from the beginning is that we did not want to be only a music group, only a band, a bunch of guys that make music; we wanted to use the medium of music to its full extent, but how that would manifest itself, we did not know yet. So we started incorporating all different sorts of arts; we worked with contemporary dancers and painters. It evolved into sort of a slow, hypnotic sort of music.”

As Amenra grew and evolved, they attracted a like-minded collective of bands such as Oathbreaker and The Black Heart Rebellion. Sharing creative ideas and even band members, they went on to form the Church Of Ra – a name you’ll often see emblazoned across shirts, bags and pins. While this may seem cultish or even strangely exclusive, the truth is that it’s more a way for them to identify like-minded individuals and share ideas.

“It's people who helped us build who we are today,” Colin explains. “It's the aesthetics, it's the world that we have created throughout 20 years and all the people who invested their time and effort in there – that forms that art collective.”

But the formation of the Church Of Ra hasn’t always been smooth sailing. Colin believes strongly in inclusivity as long as he’s surrounded by people who share the same values and, as time has progressed, the bands in this collective have too. Balancing an enclave of artists that resonate well with fans while trying to stay true to Amenra’s DIY roots is a tall order, though, and he worries that their image will overshadow their purpose.

“Everybody only talks about these bands and that's a pity because bands evolve, get other members in that don't necessarily have the same heart as other people have in that group of people. So it's sad to see that it's starting to lead its own life and everybody determines who is a part of it and who is not. It’s not as easy as everything implies.”

Colin’s motivation and inspiration when it comes to both Amenra and the Church Of Ra aren’t necessarily related, either – he freely admits he knows very little about music. Instead he feeds off the feeling around him and how he relates to the world and other people.

“I've always been drawn to music, but I think it was getting in touch with the hardcore scene that proved the power and the possibility of doing it ourselves, ”he begins. “I think some bands along the way showed us the power of music.

It’s this human emotion that’s poured into each record Amenra create. Every one is a manifestation of catharsis for the band, but it’s also a ritual that they invite their fans to partake in too, so that both artist and listener can share and exorcise their trauma together. At one of the last shows that Amenra played in Belgium, they lit huge fires and invited audience members to write down their feelings of loss or torment and then cast them into the flames as they performed, as a means of unburdening themselves. For Colin, creating an album is his version of burning negative emotions.

“It used to be personal trauma things, experiences in our lives that shook our ground and changed our lives. Whenever things like that happened, we started actively writing a Mass album. So that's when we got together, because then we were sure that we had something to say that matters.”

As important as it is to express emotion, Colin also hopes to help people connect on a deeper level through his music. Amenra’s aim is to create a sense of community through shared feelings, and to help their listeners find a kinship with both each other and the band. “We try to move [our fans] in ways that normal concerts don't necessarily move you,” he says. “I think because of the repetitive and long songs we play, it lets people self-reflect in a way, people who are open to that stuff, people who probably need to do that, people who think too much about things. So they dive into themselves and I hope they get a sense of recognition. We try to let people feel that they are not alone in their questioning and journey looking for those answers. It's an extremely abstract matter. Music is more something that is felt then that is easily explained. So it's hard.”

Their latest album is a step away from the structure of previous records; it’s a collection of songs brought together over time, rather than an album written for the sake of needing to be a finished product. While earlier LPs shared the name Mass, cycling through numbers I to VI, because this opus is so different they weren’t comfortable for it to be a part of the same sequence and thus De Doorn was brought to life.

“I was drawn to thorns and thorn branches of all sorts, and I love the idea that nature has created a weapon for its creation to be able to protect themselves. For flowers to protect their beauty, or bushes and plants to protect their seeds or fruits,” Colin muses. “I transposed that idea onto human beings, that we grow our own thorns throughout life to protect us from outside harm, and we all have our specific ways of trying to protect us. So those are symbolised by the different thorns. And at the same time, you also carry around wounds and scars that have been inflicted by other people's wounds. I had this artwork made, I had six different thorn brunches cast in bronze, and each musician that took part on this album is symbolised by one specific thorn branch. So all of these together tell our stories, all our different thorns are thrown together in this album.”

As for Colin’s hopes for De Doorn, they’re pretty simple – he just wants listeners to connect with the music and apply it as a muse for their creative endeavours. And if they don’t? Well, his response is wonderfully benevolent, letting the mask of intense darkness slip to reveal a face of human kindness.

“I hope they have a good day. I hope they're having a good time and they're happy in their lives.”

De Doorn is out now via Relapse Records.