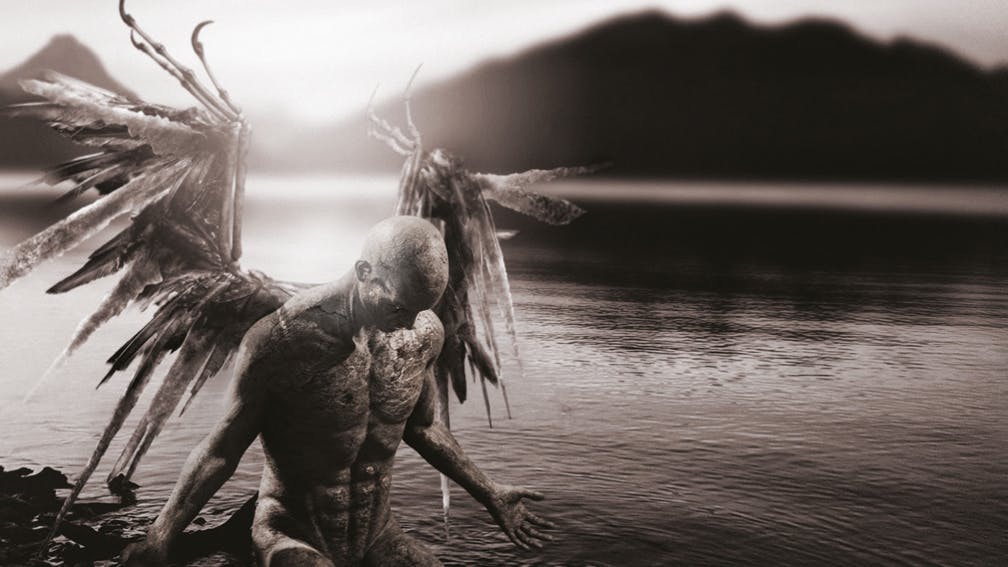 As recently as last week, Burton C. Bell was still the voice of LA sci-fi metallers Fear Factory. Slightly missing in action though they may have seemed, one could nevertheless read something telling into the self-description of Burton’s solo venture Ascension Of The Watchers, “The soul without the machine”. The freedom of doing his own thing for its own sake, or a back-handed play on FF’s Soul Of A New Machine to articulate a deeper frustration? Either way, his second full-length under this banner is a markedly different and more organic animal than his former band.

Burton has always said that metal’s not wholly his bag, and here it’s a much more mellow, laid back side to the man that we get. Think more of Killing Joke at their most reflective, or un-heavy Deftones vibes, than crunching, taut sturm und drang. At times, there’s even touches of 30 Seconds To Mars’ vastness, especially when he picks up the pace a bit. Ghost Heart, The End Is Always The Beginning and the title-track float along nicely, as Burton uses the melodic side of his singing talents to create a blanket of ambience, light and moody atmosphere. The whistling on Bells Of Perdition is a nice touch, while Wanderers has a guitar motif vaguely reminiscent of Chris Cornell, if you squint hard enough.

It’s all tastefully done, but what it could do with is a couple of bangers to break things up a tad. Enjoyable as it is, it does at times feel like an entire album made up of those calm-after-the-storm songs you get to wrap things up after 45 minutes of heaviness, without the bit before it. But the man’s intentions here are at least good, honest, and decently realised. Apocrypha has been a labour of love, chipped away at over the past decade or so, and if nothing else, it’s an album that sees its creator looking for something positive, built on a foundation of love, wonder and inner reflection that isn’t just anger and resentment, which is actually a rather refreshing and welcome thing to encounter.

For Fans Of: Deftones, Killing Joke, 30 Seconds To Mars

Apocrypha is out now via Dissonance/

READ THIS: Burton C. Bell on leaving Fear Factory and what's to come