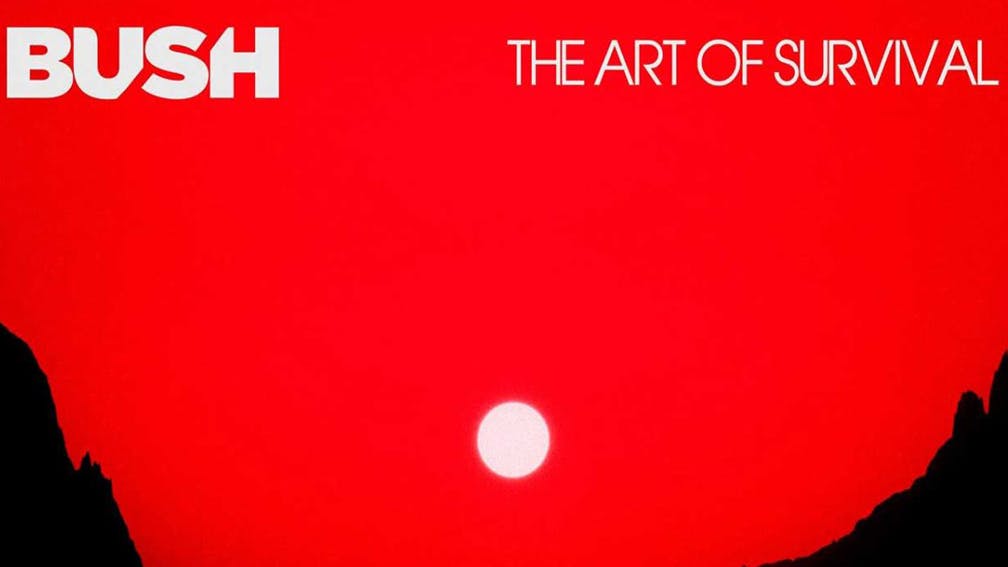 Evolution equals survival. That’s a lesson Bush learned a few years back. When their seventh album, 2017’s Black And White Rainbows, found the English rockers’ distinctly American brand of alt.rock running on fumes, they rethought the formula and came up trumps on 2020’s The Kingdom. The Art Of Survival picks up where its predecessor left off, finding further applications for this sleeker, electronically charged variant. It’s precisely the album Bush needed to make, then, not to mention the one Bush fans needed. But will anyone else care to hear it?

There’s much to admire here, not least the equilibrium between Gavin Rossdale’s glacial vocal delivery and the hectic dynamism of the arrangements, particularly on opening single Heavy Is The Ocean and the hot-blooded Identity. And while it’s not an act that’s always pulled off with equal success – the uneasy interplay with Korn-esque riffery on More Than Machines; the faltering mawkishness of Creatures Of The Fire – the grandstanding delivery generally sweeps you past those weaker moments.

That is if you admire this purely on musical terms. As a big, glossy rock record that finds Bush aging both gracefully and garishly, The Art Of Survival is a success, even if it’s unlikely to win over any those who’ve remained immune to the band’s charms so far, and isn’t innovative enough to ensnare new listeners. If, however, you scrutinise the lyrics too much, which given the prominence of the vocals in the mix it’s hard not to, then things are on shakier ground.

Tackling big topics through art is always admirable but not always incisively done, as is the case on Human Sand, a paean to human endurance in the face of modernity, on which Gavin proclaims ‘You’re my robot boo’. It’s forgivable, though, because as acts of defiance go, producing a rock record this confident in 2022 is more than enough.

For fans of: Stone Temple Pilots, Alice In Chains, Filter

Bush's new album The Art Of Survival is out now – stream/order your copy here.

Read this: Bush’s Gavin Rossdale: “When you’re successful you get headbutted often… But I’m half-Scottish, I can take it”