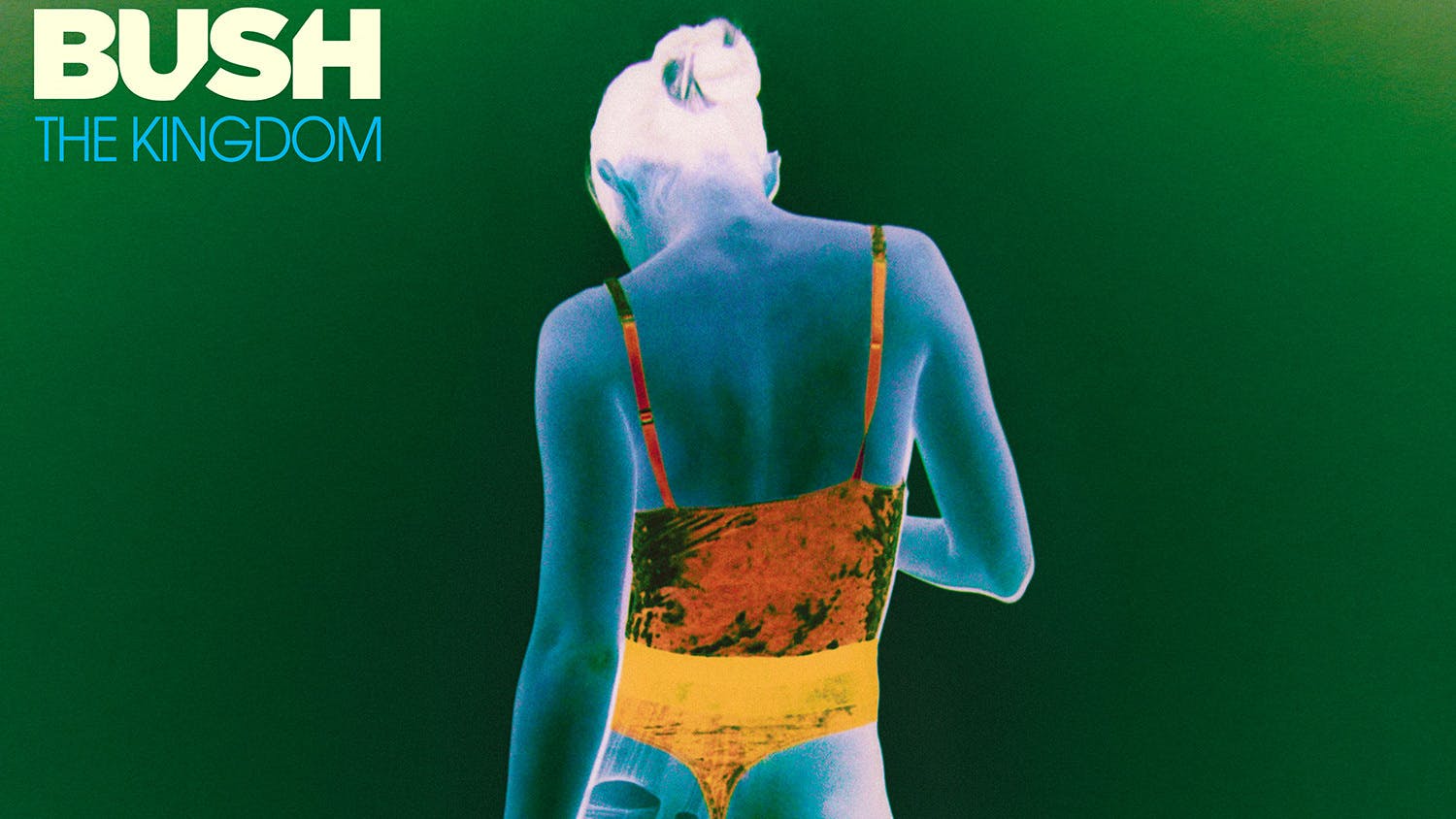 It’s hard to think of a British band as commercially successful as Bush that have been so critically reviled by the UK press. Then again, in contrast, the great American record-buying public embraced them with open arms, helping them sell 20 million albums in the post-grunge gold rush and transforming frontman Gavin Rossdale into a Rolling Stone cover star.

More than 25 years on from their 1994 Sixteen Stone debut (itself a six million-seller Stateside, propelled by no less than five hit singles), and Bush have returned with an album that harks back to those multi-platinum early days. In fact, The Kingdom presents a far heavier, more riff-based and muscular approach than its lacklustre predecessor, 2017’s Black And White Rainbows.

Lead guitarist Chris Traynor is as much the star of this album as Gavin – who was always Bush’s undisputed leader but is now also the sole original member. Having played in the likes of Orange 9mm, Helmet and Rival Schools, Chris knows his way around a crunchy riff. If his playing is less abrasive than the choppy, post-hardcore grooves of his previous bands, he still comes up with one compact, interesting riff after another, suggesting that he and Gavin's partnership has blossomed beyond the polite constraints of their last offering.

The guitars mesh well with the pulsing rhythms on 12 tracks than remain anchored in Bush’s trusted loud-and-quiet dynamic - subdued verses building to a swelling of six-string squalls, and a simple if well-constructed hook. Of course, there will be naysayers who will continue to insist that tunes like Ghost In The Machine and Crossroads still sound like a de-clawed Nirvana, and yet The Kingdom also boasts some truly excellent moments.

Blood River packs one of those pushing, insistent riffs and is effective in its simplicity while Quicksand brings more of a dark alt.rock feel and even has a near-Deftones feel lurking in its undertow. Send In The Clowns is a big, mid-paced hard rock anthem bristling with simple, eloquent guitar lines that serve as hooks in their own right. Undone, meanwhile, changes the pace as it enters pure ballad territory with Rossdale in full emotional flow.

Ultimately, Bush devotees who lived through the alt.rock ‘90s will find much to love about The Kingdom. But it is also an album delivered with Rossdale’s customary style and panache, not to mention tunes that sit elegantly alongside the likes of Everything Zen and Swallowed.

The Kingdom is out now and is available to buy and stream. The band are also performing an exclusive livestream with Kerrang! on Monday July 20.

READ THIS: 20 bands who didn’t get the respect they deserved