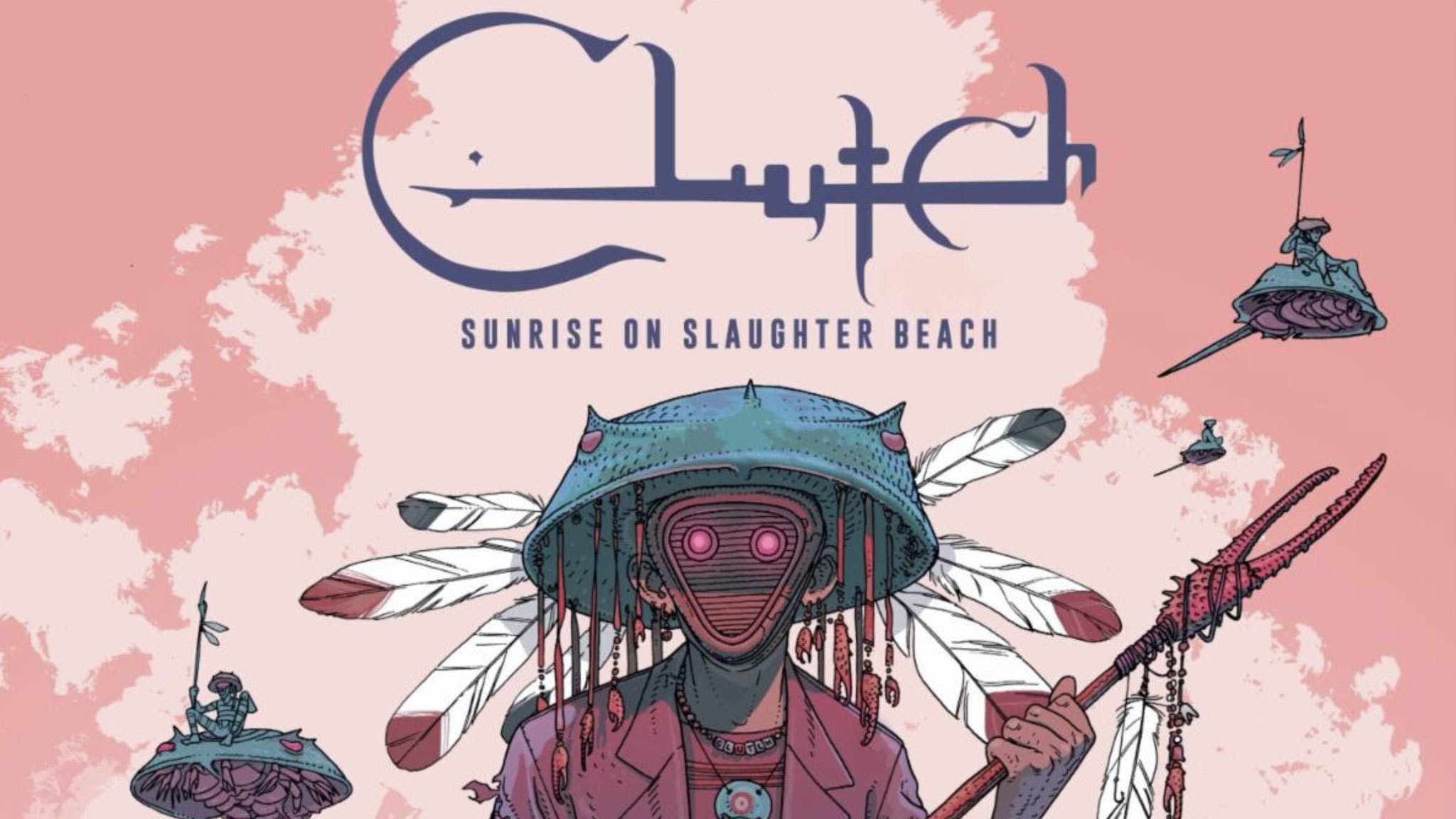 Always different, always the same, Clutch arrive with a 13th album that manages to do much while still apparently operating within the same bluesy boundaries they always have. But such is the magic of the Maryland riff carpenters. Like Motörhead before them (albeit dealing in languid grooves rather than pedal-to-the-metal noise), the song appears to remain the same over the course of a long and brilliant catalogue, but like Motörhead, Clutch's genius lies in their inherent them-ness. And though change is small, slight, and un-radical, theirs is a creative spring that remains deep and plentiful.

Sunrise On Slaughter Beach was, guitarist Tim Sult says, originally intended to be something to cut through the turgid monotony of COVID inertia – a rocker, a rager, something to get you moving in that unstoppable way that Clutch do. But, he adds, it didn't pan out quite like that. Listening to it, you can't tell. As ever, the woody, bluesy riffs, elastic rhythmic swing and Neil Fallon's grizzly vocals all teem with perpetual energy that's impossible to resist.

Exquisitely-named opener Red Alert (Boss Metal Zone) is a big-arsed banger, while Slaughter Beach takes a more Led Zeppelin tack. On Mountain Of Bone, the chorus is lifted by warm keyboards, while the layered vocals on Nosferatu Madre are a neat twist. Same as the female vocals and arpeggio riff of Mercy Brown. Throughout, Neil is on his usual wordy form, spinning his lyrical tales of life in a manner somewhere between bar philosopher and animated clergyman. 'Met my girl on a dinner date / Uptown, movie, not back too late,' he recalls on Three Golden Horns, 'But saxophones and cocktails had other plans.' As the night takes an unexpected turns, he has the sort of revelation you only get from Clutch: 'Now I see the truth – jazz music corrupts the youth!'

So, 13 albums in, Clutch are still uniquely brilliant, master craftsmen of a form at once ingeniously simple and amazingly clever. And one that only they can properly do.

For fans of: Mastodon, Wino, Baroness

Sunrise On Slaughter Beach is out now via Weathermaker

Read this: The 13 greatest uses of harmonica in rock and metal