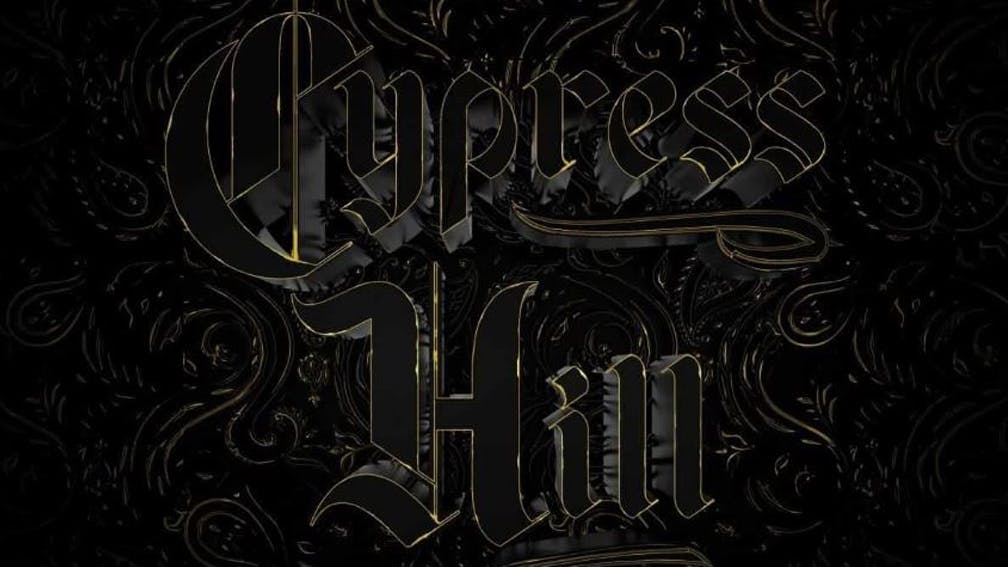 It wasn’t quite a Lazarus-esque miracle per se, but as far as comeback feats go Cypress Hill pulled off a wildly impressive one in 2018 with Elephants On Acid. Reuniting with their AWOL producer DJ Muggs, they delivered their best record since 1995’s Temples Of Boom. It was, in short, a very hard act to follow. Which brings us neatly to their milestone 10th outing Back In Black. Yes, as an album title it’s not going to win any awards for originality – there is presumably an aggrieved unread email in Cypress Hill’s inbox from an address ending @ACDC.com – but in all the ways that matter, this solidifies their status as a collective still expanding upon their legacy, rather than resting on it.

What’s interesting is that Back In Black – which was recorded simultaneously alongside Elephants On Acid – so carefully avoids retreading the well-stomped prints of their last outing. Whereas EOA was a sprawling 21 tracks, their latest is just 10. The biggest difference, meanwhile, is its sound. On Elephants, DJ Muggs came armed with rich, psychedelic beats (the result of him recording after spending time in King Solomon’s Tomb, among other locales), while Back In Black sees Cypress Hill join forces with Detroit-based producer Black Milk for some old-school boom-bap excursions. Some will, understandably, miss the mystical signature of Muggs (fear not: there’s more Muggs music in the pipeline) but it remains thrilling to hear B-Real and Sen Dog passing the lyrical baton in any musical context. While there’s nothing quite as exquisitely ominous as EOA’s Loco, Warlord or Insane OG here, it’s equally true that their last record didn’t have anything as triumphant-sounding as Break Of Dawn. It’s genuinely baffling why it wasn’t chosen as the album’s opener instead of being tucked away near the end.

For all the changes in approach, one thing remains the same: weed. Lots and lots of it. You may think Cypress Hill have uttered everything they could possibly have to say about getting high, but you’d be wrong. Like the open road for Springsteen, it remains an inextinguishable creative spark in their artistic consciousness. Come With Me compellingly repurposes the haunting chorus of 2Pac’s classic Hail Mary into a smoking anthem, but the standout is Open Ya Mind. Here the group – who campaigned so hard to help legalise weed in California – ponder the task ahead. ‘Now I’m fighting a case but the laws in the state ain’t the same as the federal so now these charges hold weight,’ raps Sen Dog. As far as songs about the interstate drug legislation go, this slaps very hard.

It’s not all herbal romanticism, either. More often than not, Back In Black feels like a victory lap – not only capping off Cypress Hill’s recent return to form, but also their career so far. On Bye Bye, B-Real re-traces their journey from the violence of LA streets (‘So many casualties casually forgotten’) to having to break down doors to get that reality across in the music industry. ‘They won’t play it on the radio? Fuck ’em,’ he spits at one point. The record closes with The Ride – a song which leans heavily on their spectral Temples Of Boom-era sonics, not least because it lifts its ‘some people tell me that I need help’ line from their classic Illusions as a hook.

‘Came a long way from gangbanging,’ reflects B-Real – and that’s really the defining sentiment here. Over 30 years and now 10 albums into their journey, Back In Black is Cypress Hill taking stock of what they did for music, for weed lovers, their home city and, most importantly, for themselves. You don’t need to be stoned to feel high off that.

For fans of: Rage Against The Machine, Public Enemy, Beastie Boys

Back In Black is out now via BMG

Read this: Cypress Hill’s B-Real: “I probably would have ended up in a cemetery or prison…”

Inside the 10 tracks that have charted Sen Dog’s rise as a hip-hop icon and crossover rap-metal star.