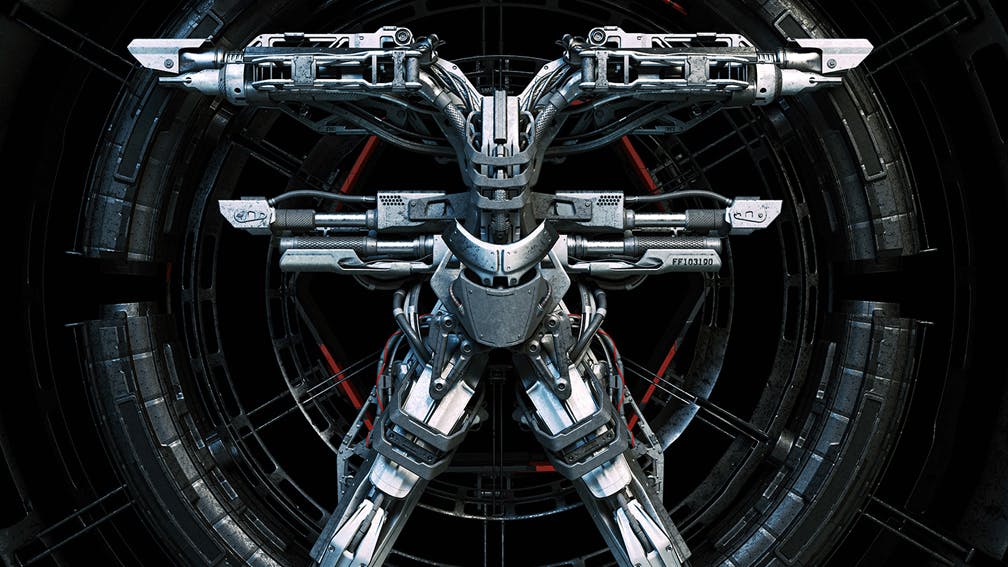 For three decades, Fear Factory have been noisily predicting a future in which our lives are so restricted and controlled that our humanity itself begins to corrode. Remind you of anything? Their 10th album is not only the brutal resolution of this warning, but it’s also an ending of sorts.

This persistently troubled band, dogged by in-fighting and legal wrangles, have announced that this is now-ex frontman Burton C. Bell’s swansong. His unique voice, ranging from chest-bursting bile to sombre, dream-like melody, is heard on a Fear Factory album for the last time. When on aptly titled closer End Of Line he repeatedly wails 'How can this be reality?' it seems as much a farewell as a scream of lockdown despair.

Fear Factory have delivered in a big way on Aggression Continuum. It’s dynamic, thrilling, heavy as hell and beautifully emotive all at the same time. There’s a formula in use here, for sure, but it’s one that few outfits could replicate. Disruptor is the band at their most rebellious and tuneful, as is opener Recode and the exquisite Manufactured Hope which balances darkness and light as effectively as anything in their copious back catalogue. Collapse evolves into a down-tuned, heavy-as-Godzilla breakdown, and there’s even a nod to 1995 classic Demanufacture in Cognitive Dissonance, before Burton’s fly-away hook takes it somewhere else altogether.

This incarnation of Fear Factory is bowing out with a tense, aggressive and satisfying final act. There are exactly zero signs of them adopting fresh approaches, but dissing them for this is like criticising chocolate for continuing to taste chocolatey. This cathartic blow-out leaves us with ringing ears and big smiles, plus the slightly edgy acceptance that Fear Factory’s dystopian portent may have been well founded after all.

Aggression Continuum is released on June 18 via Nuclear Blast