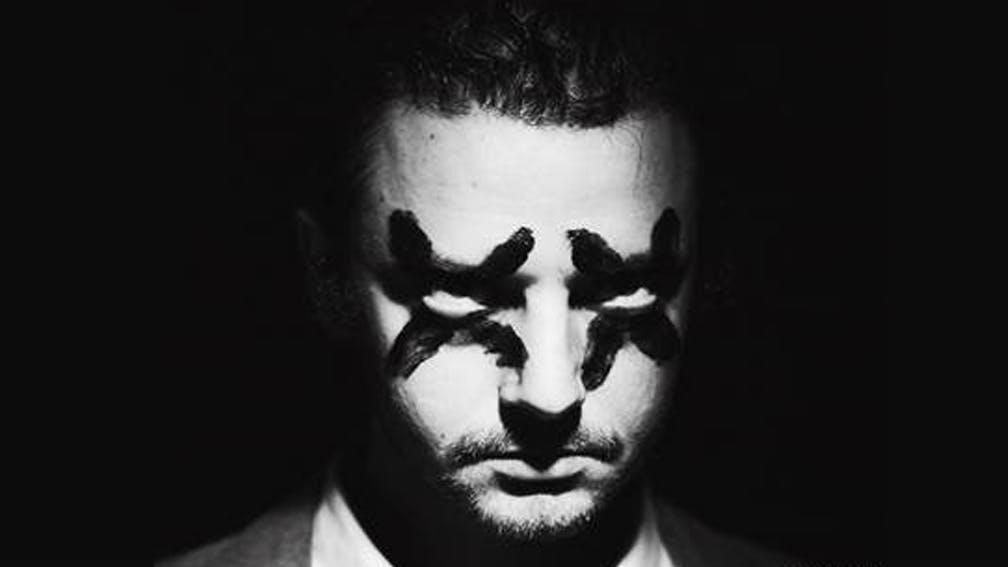 Early last year Kerrang! tipped grandson – the stage name for one-man musical chameleon Jordan Edward Benjamin – for big things. But really, that felt like cheating as it was already obvious that the fevered imagination behind the trilogy of EPs that had announced his arrival onto the alternative music scene was doing something a bit special. And don’t be fooled by his debut album title Death Of An Optimist, the freewheeling spirit of invention that Jordan brings to bear across these 12 tracks offer many reasons to be hopeful – despite the corrosive influence of the conceptual devil-on-his-shoulder alter-ego X.

Here’s an artist unafraid of flexing his creativity, exploring sounds from whatever genre tickles his fancy, all while making bold if bleak observations about the state of the world as viewed through the eyes of someone who feels as conflicted as anyone, still searching for his place in it. These are screams of anguish that echo across a whole generation who feel betrayed by everything they have been mis-sold by the ones that have come before – an explosion of dissent that urges empathy, demands reform and a fairer crack.

It goes heavy and hard, gets dark and dense and flits between rap, rock and something more indefinable yet addictively, perfectly 2020 in timbre. The snarling whomp of We Did It!! would make Skrillex blush, whereas the slacker grunge-punch of Drop Dead squeezes in a Weezer-like melodic sheen and across the album’s manic, electronic-leaning moments grandson feels like the natural evolutionary reaction to a post-twenty one pilots world, where the only rule that matters is that there are no rules. But he’s doing his own thing and doing it with a style, vulnerability and fire that deserves all the eyes, ears and attention that it can garner.

For Fans Of: twenty one pilots, K.Flay, Flobots

grandson’s Death Of An Optimist is released December 4 via Fueled By Ramen. Pre-order/pre-save your copy now.

READ THIS: Inside grandson's fight for a new alternative