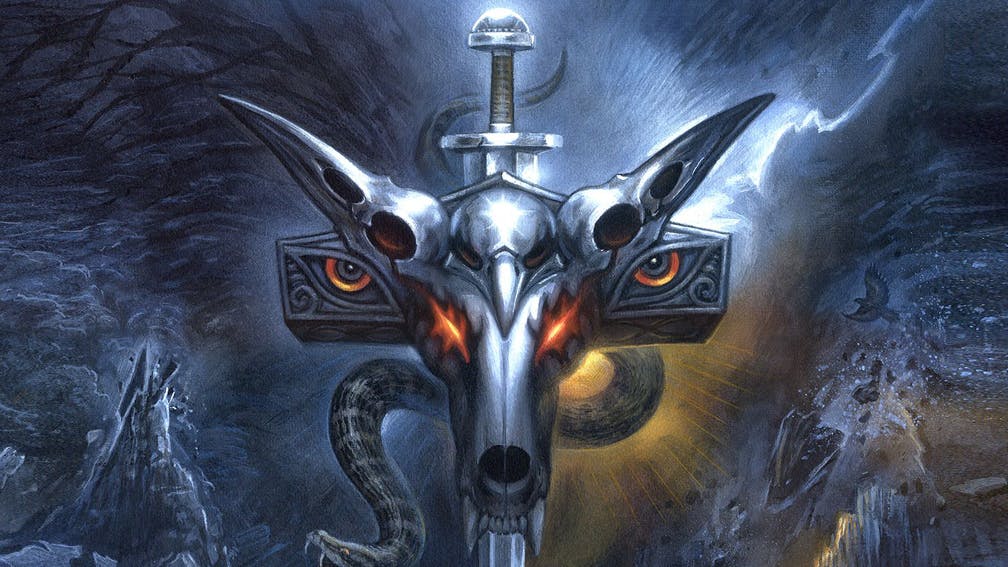 It’s impossible not to have high expectations for Erlend Hjelvik’s solo debut. He was the original vocalist in Kvelertak, the irrepressible young Norwegians who mashed together black metal and rock’n’roll to make one of the most explosive and inventive debuts in metal this millennium and went on to tour with huge names like Metallica. It came as a surprise, then, when he chose to leave the fold in 2018 after three albums, but now he’s forging his own path, and swapping his owl headpiece for a cape.

The cover art of Welcome To Hel was designed by Joe Petagno, who also created Motörhead’s Snaggletooth logo, and screams classic metal homage: from snakes and swords to skulls with glowing eyes, all set against a night sky cracking with lightning. Hjelvik indeed mines the metal vaults for inspiration, with classic, black and thrash all getting a look in. And while Kvelertak had a hardcore punk edge, Hjelvik pulses with a Viking metal heart – as if the band logo, Erlend’s Viking garb and songtitles like Thor’s Hammer didn’t already give that away.

There are similarities to Kvelertak beyond Erlend’s vocals and Tom G Warrior-style grunts – most notably the ability to blend extremity with rousing choruses like on the spirited stomp of Glory Of Hel. But Hjelvik is a heavier, darker and more chaotic beast than Erlend’s former band, and Welcome To Hel is a thundering, frostbitten adventure from start to finish. It also possesses a notable sense of theatricality, bursting with extravagant, spiralling guitar solos and fists-in-the-air chants, often presented with a cheeky sense of humour – creepy album closer Necromance is pure metal melodrama, while the delightfully-named The Power Ballad Of Freya is a boisterous, galloping romp. And who doesn’t love a Viking metal power ballad? Hel sounds like a pretty fun place to be.

For Fans Of: Kvelertak, Abbath, Dissection

Welcome To Hel is released on Nov 20 via Nuclear Blast

Norway’s finest, Kvelertak, return with a new singer and a newfound power…